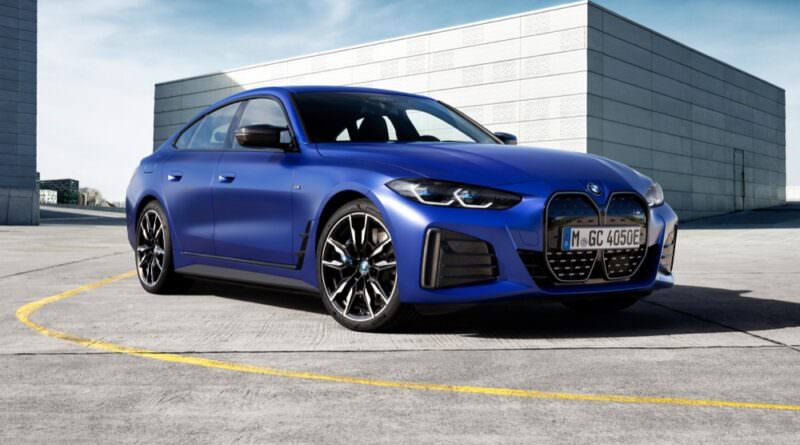 Could the electric BMW i4 M50 lure people away from the M4?

You’ve seen the new BMW i4, but the German company has been keeping something quiet until now – the i4 M50. That’s not surprising really because when it comes to the stats, it’s remarkably close to the new M4 Competition, which has only just gone on sale. It even beats it in some aspects, plus, it’s electric – proper electric, not a plug-in hybrid thing.

BMW says the i4 is the brand’s first electric vehicle focused on driving dynamics, something it is of course rather well known for. In fact, it marks the introduction of what the company calls “electric driving pleasure”, a play on the original marketing line of “sheer driving pleasure.”

Time for some Top Trumps, with the all-important stats. If you just ordered an M4, then pay attention. The M4 produces 503hp between 5,600rpm and 7,200rpm. The i4 M50 takes the win here with 544hp. Plus, the i4 has Sports Boost, which sounds a bit too much like an energy drink for our liking.

How far can you go?

It’s likely that the M4 will travel further than the i4 without needing to refuel, but even here the electric upstart has some impressive numbers. BMW quotes a fully-charged range of 510km on the WLTP cycle and that it can add 140km in just ten minutes on a 200kW fast-charger.

That’s in part because of the new electric vehicle architecture underpinning the i4, including the slim high-voltage batteries that produce a gross energy output of 83.9kWh.

As well as new architecture, the i4 M50 features electric all-wheel drive with near-actuator wheel slip limitation for traction. M suspension and rear air suspension are standard on the M50, as are M Sport brakes. Interestingly, those new slim batteries also sit low under the floor, contributing to a centre of gravity that is 53mm lower than a regular 3 Series. This thing could corner rather well, although whether it will match the Porsche Taycan remains to be seen.

Not all about performance

When the i4 is goes on sale towards the end of the year, it won’t be just the M50 version either. There will be a rear-drive i4 eDrive40 in Sport and M Sport trim that is slightly slower but can travel up to 590km between charges. Whether you’d want to ditch the passion of the M4 Competition for the i4 M50 is one thing, but depending on the prices, the regular 3 and 4 Series could find they have a bit more competition within the family when the i4 arrives.