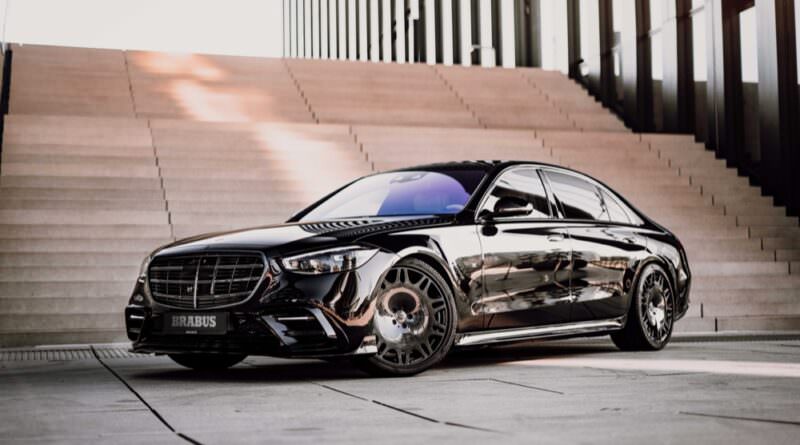 Power hikes from Brabus for petrol and diesel S 500 and S 400 d models, as well as styling and suspension mods.

It hasn’t been long since the technofest W223 Mercedes S-Class landed, but already German tuning legend Brabus has a number of upgrades available for the executive saloon.

First up, the Brabus B50-500 PowerXtra plug-and-play upgrade for the S 500 4Matic sees power from the 3.0-litre inline-six lifted by 65hp and 70Nm to peaks of 500hp and 590Nm. This is achieved by revised mapping for injection and ignition, while it mildly ups the boost pressure too, all of which improves the 0-100km/h to 4.7 seconds – although the top speed is the usual 250km/h limited.

Then there’s a similar kit for the S 400 d 4Matic. Called the Brabus PowerXtra D40, it ramps up peak power and torque to robust figures of 370hp and 750Nm, meaning 0-100km/h in 5.2 seconds. Brabus also says it is working on kits for more models in the S-Class range, but all upgrades come with the Brabus three-year, 100,000km warranty.

Beyond the power hikes, Brabus also offers a range of body kits and alloy wheels for the S-Class, including Monoblock alloys of between 19 and 21 inches in diameter. And if you want to fit one of the power kits, some tasty alloys and a styling pack, and then lower the whole lot, good news: Brabus has an Airmatic Sport Unit that lowers the ride height of the saloon on its air suspension by 25mm.

And there’s also a range of interior mods, including illuminated Brabus scuff plates, two-tone leather combinations, a shadow-chrome coating for all the switchgear and other trim finishes.

If a new S-Class is a little beyond your budget, Brabus does offer similar treatments for smaller cars in the Mercedes-Benz range including the Mercedes-AMG A 45.