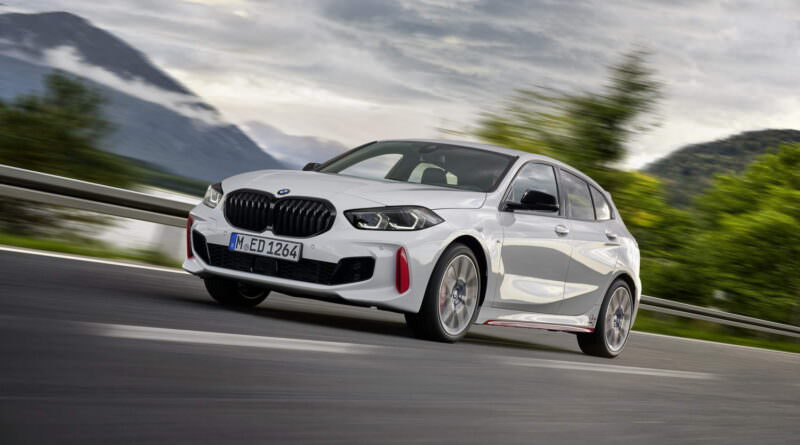 New 265hp BMW 128ti has the Volkswagen Golf GTI in its sights.

After a break of two decades the Turismo Internazionale badge is returning to the German marque’s range in the form of the BMW 128ti. This car slots into the range below the M135i xDrive, but in so many ways it makes for a more appealing package as we recently found out during a pre-production drive.

It shares some of the same exterior design cues as the more powerful M135i, but adds a vibrant red hue to the sill extensions and front bumper uprights. As seen in some other recent BMW models, the four-piston brake calipers (on the front) are painted red ensuring they stand out from behind the 18-inch Y-spoke 553 M bi-colour light alloy wheels. Buyers can also specify Michelin Pilot Sport 4 tyres as a no-cost option. The red ti logo ahead of the rear wheels has a bit of a retro vibe to it, and it’s not something we typically see from BMW. And yes, if you’re not a fan of that it can be deleted when ordering.

The ‘ti’ treatment continues inside where the sports seats get a tasteful red and black fabric inserts. Okay, so it’s not quite as cool as the “Scalepaper’ tartan design in the latest Golf GTI, but other touches like the large ‘ti’ logo stitched into the armrest and red contrast stitching throughout the cabin ensures this looks the part.

Under the skin it gets more interesting. Gone is the all-wheel-drive transmission, which saves 80kg right away, and leaves the 128ti as a front-wheel drive. The 2.0-litre turbocharged four-cylinder engine produces 265hp and 400Nm, using a Torsen differential to help with traction and power delivery. A bespoke suspension setup adds to the focussed handling the 128ti offers. According to the people behind the project it is a car that you have to work at in order to get the best from.

Find out more by watching our video