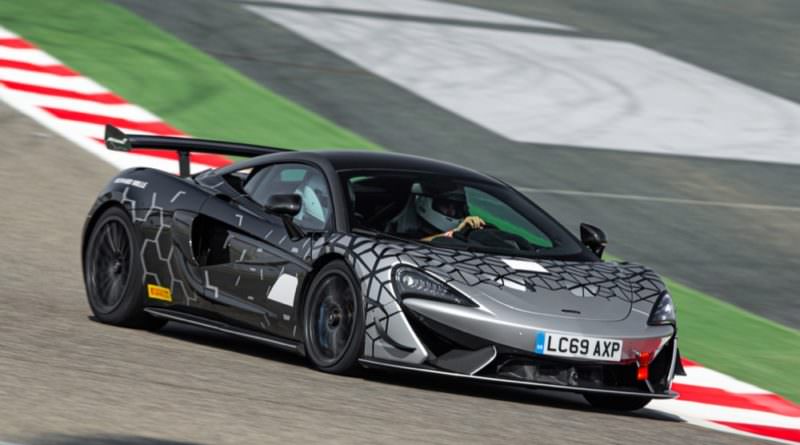 The McLaren 620R shares the same aerodynamic setup and chassis components of 570S GT4 racer all made into a road legal car.

The production run will be limited to 350 units, with the first deliveries starting in February 2020. It will be available in a choice of three McLaren racing colours – McLaren Orange, Silica White and Onyx Black – all with GT4 race livery as standard and there will also be a McLaren Senna GTR-inspired livery also available. If you want to spend any more money, then the creative boffins in MSO will help turn your idea into reality.

McLaren Automotive CEO, Mike Flewitt, said: “The McLaren 570S GT4 is a first-class GT race car that having won races in every championship it has competed in since its first appearance in 2017 is attracting an increasing number of customer racing teams. Now, in response to repeated customer requests, we have homologated that class-leading package for the road in the new McLaren 620R, a limited-edition, 620hp superlight coupé that is the perfect choice for an enthusiast wanting an authentic motorsport driving sensation – and performance to match – on both track and road.”

Under the skin is the familiar carbon fibre Monocell II chassis that contributes to the light weight of the car, which has a targeted dry weight of 1,282kg.

Powering the 620R is the same M838TE 3.8-litre twin-turbocharged V8 engine that features in the GT4 car. However, without the restrictions of its racing categories the engine gets a boost in performance. Tweaks to the engine ECU and turbocharger management result in a power output of 620hp, making this the most powerful Sports Series car yet.