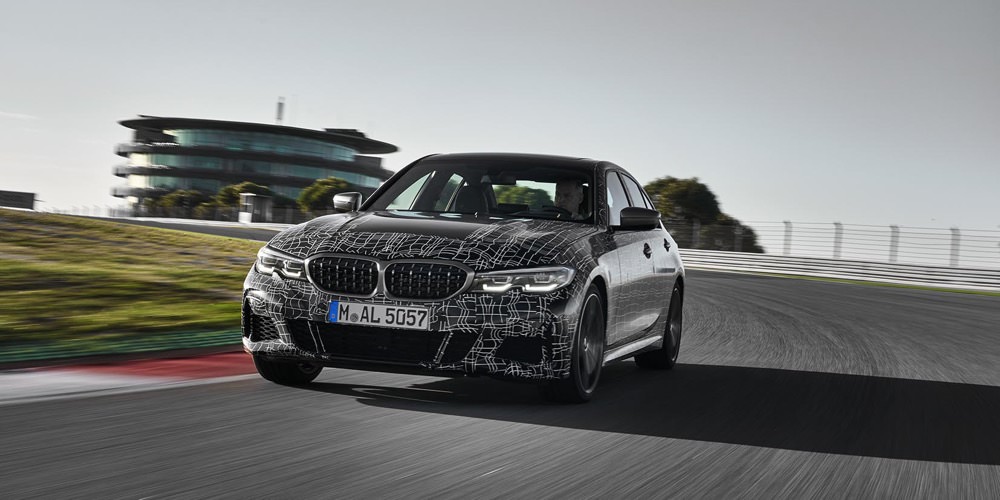 Dark clouds are hanging low over the track, threatening rain. But I’m glad the heavens haven’t opened yet, as filling my windscreen is a BMW M2 Competition  with smoke pouring from its rear tyres as it dances through the long, fast, daunting last corner of the epic Portimao race track in southern Portugal. 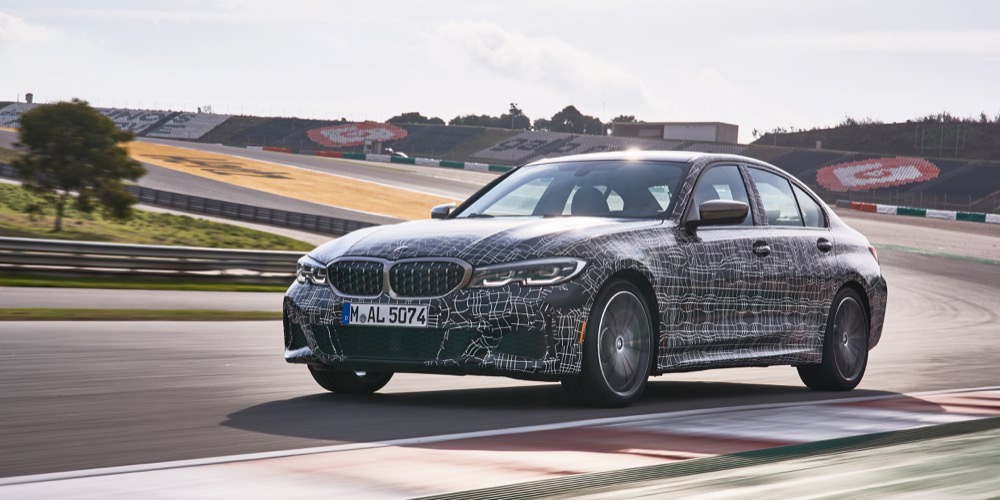 At the wheel is one of BMW’s pro drivers, Tom Blomqvist. Yes, that Blomqvist. It takes all my self-control and manners to not refer to him as the ‘baby Stig’. After all, Tom has already forged out a successful motorsport career for himself, including winning eight karting championships in New Zealand and more recently, the 24 Hours of Spa-Francorchamps this year at the wheel of the BMW M6 GT3. And there’s nothing junior about his driving skills today. 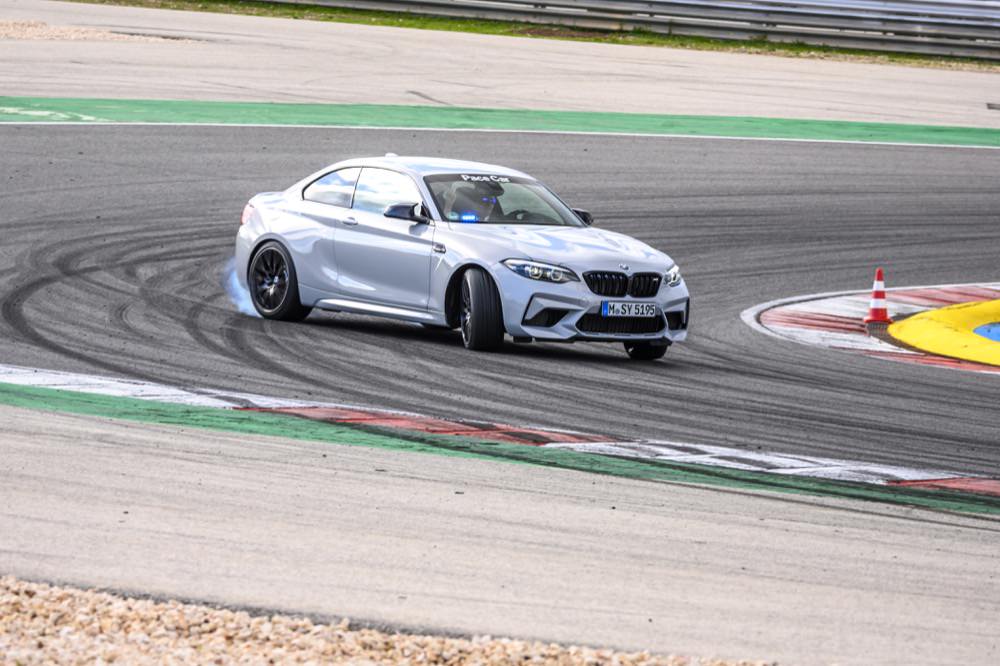 I’m in a pre-production prototype of the 2019 BMW M340i xDrive and Tom’s M2 is the pace car, but after a couple of laps to ensure I knew my way around the track and that I wasn’t about to put it in the gravel traps, he lets loose, stops talking over the radio and just gets on with enjoying himself. We’re homing in on 230km/h by the end of the kilometre-long main straight, which makes me thankful for having a pro in front of me to show where to start braking. Impressively, the M340i’s brakes survive six laps of this abuse without sign of fade. 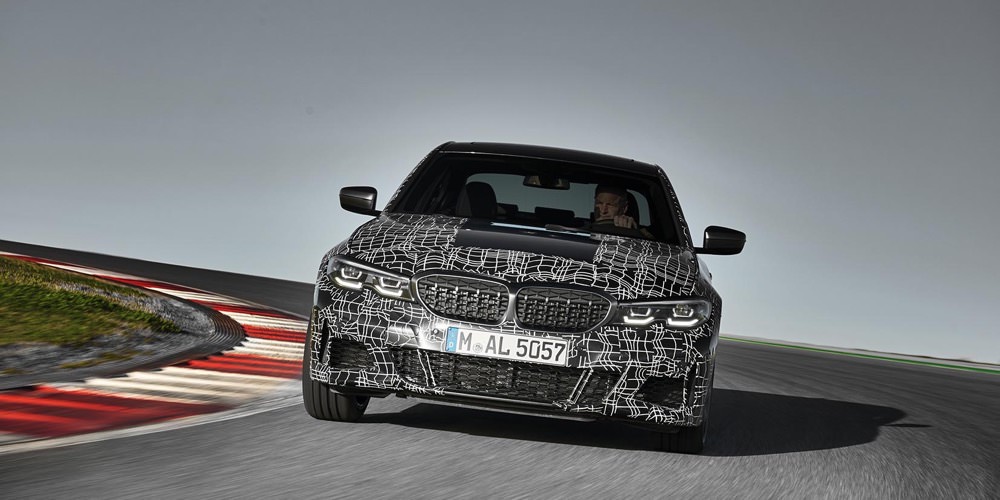 Once enough speed has been shed, we dive for the apex of turn one, then keep the power on as the car eases first to the outside of the track, then back into the apex of turn two, taken flat out. Saying that, it’s important to get back over to the left and hard on the brakes early as there’s a fiendishly tight right-hander to deal with. 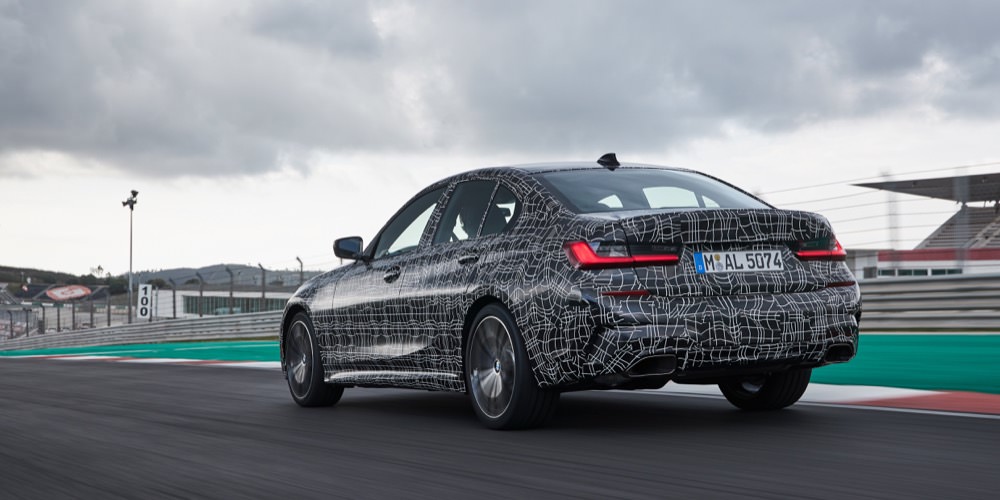 The temptation is to barrel into this, but it’s important to exercise restraint on the entry as you need a good exit to climb uphill, clipping the apex on the left before squeezing back on the power over the first of several blind crests and easing to the outside of the track. All the while, the M340i is moving around a little, clearly telegraphing how close to the limits of grip you’re running. 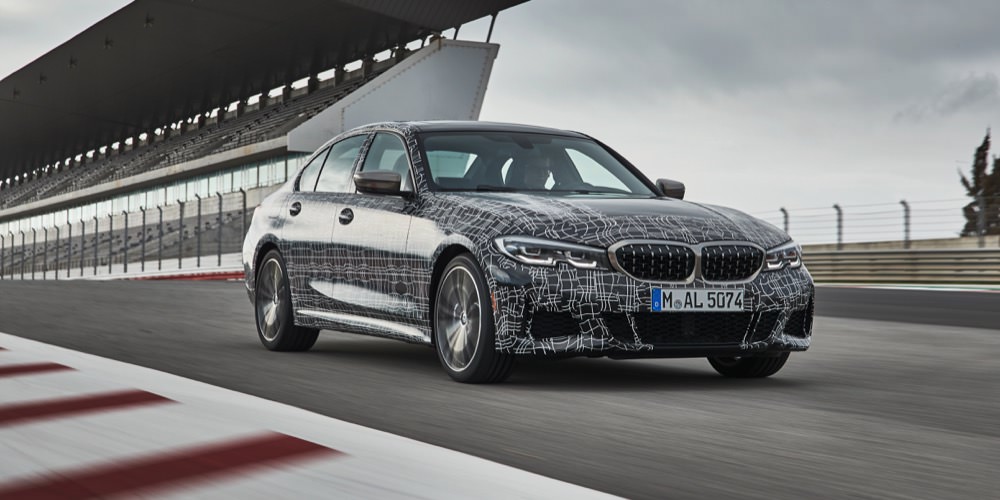 The turbocharged straight-six under the bonnet (374hp/500Nm) kicks the saloon down the short straight into the downhill braking zone for the VIP Tower hairpin. Blomqvist kicks the tail of the M2 out here briefly so it would be rude not to follow suit… In Sport Plus mode, with the DSC button pressed once to activate the middle setting, the M340i’s chassis is remarkably playful. 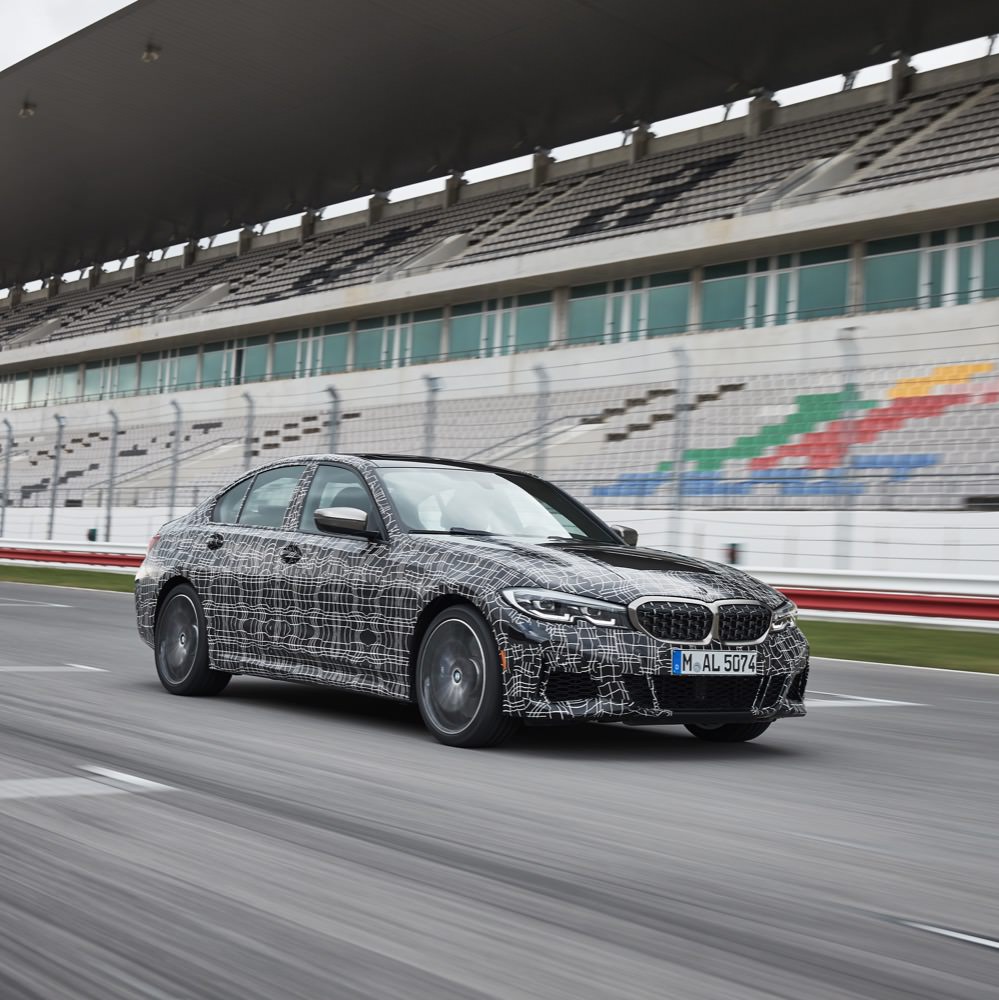 This car uses BMW’s xDrive four-wheel-drive system, remember, though it also has an active rear differential developed by BMW M. The combination of that lot and a set of thoroughly warmed-up rear tyres mean it’s entertainingly easy to get the rear of the M340i to step out. Actually, it’s more of a gradual, well-telegraphed movement than anything scary or sudden. 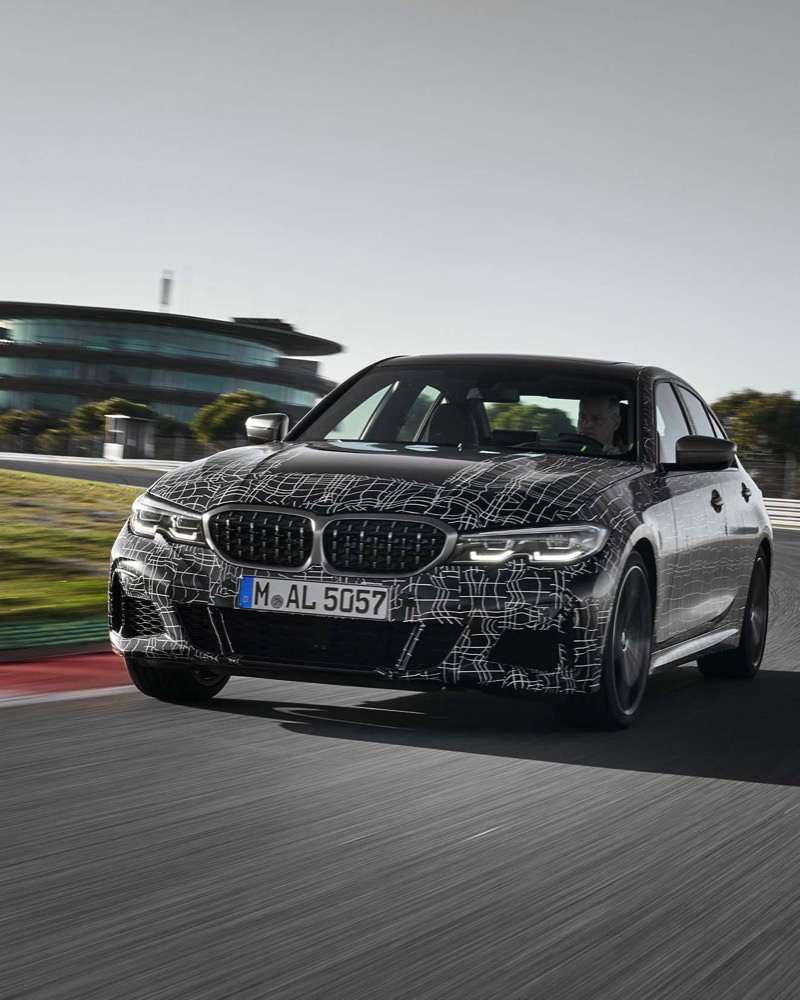 You can easily modulate how far you want the slide to go with the throttle and the direct steering (this car has a variable ratio rack as standard), making it a joy to either knuckle down and lap smoothly or, well, act the hooligan. After the hairpin it’s a sprint uphill, kinking left over a blind hill and staying left before dabbing the brakes and sweeping right. 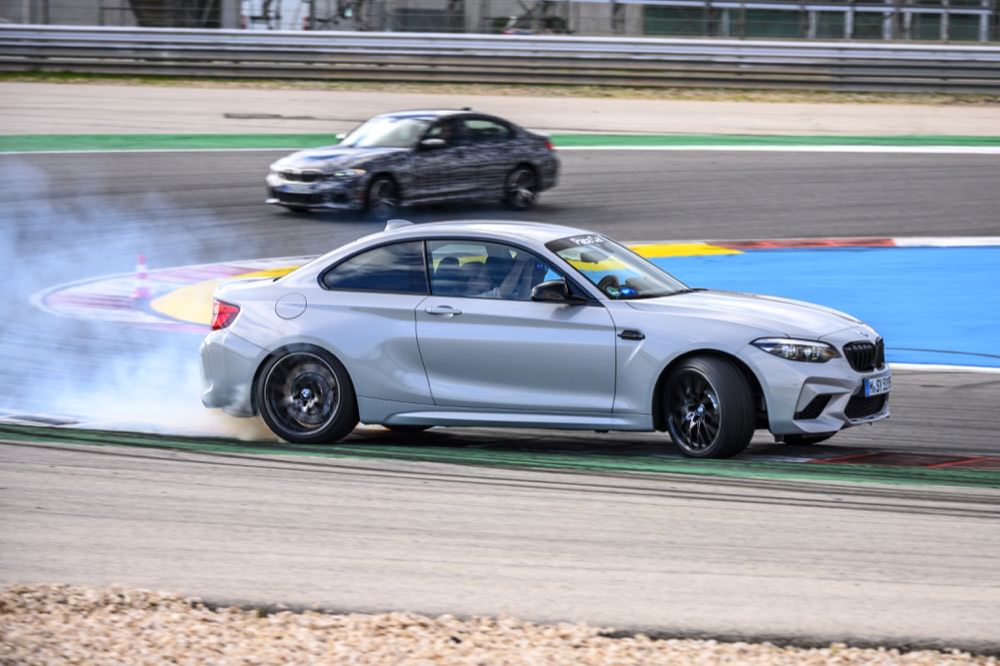 It’s all too easy to carry too much speed through this bend, but instead of threatening to spit you off the track, the car shuffles the engine’s output around and powers through with a neutral stance, allowing you focus on getting hard on the brakes for the tricky uphill right-hander, where it’d be all too easy to get a car out of shape, just as you crest yet another blind rise. 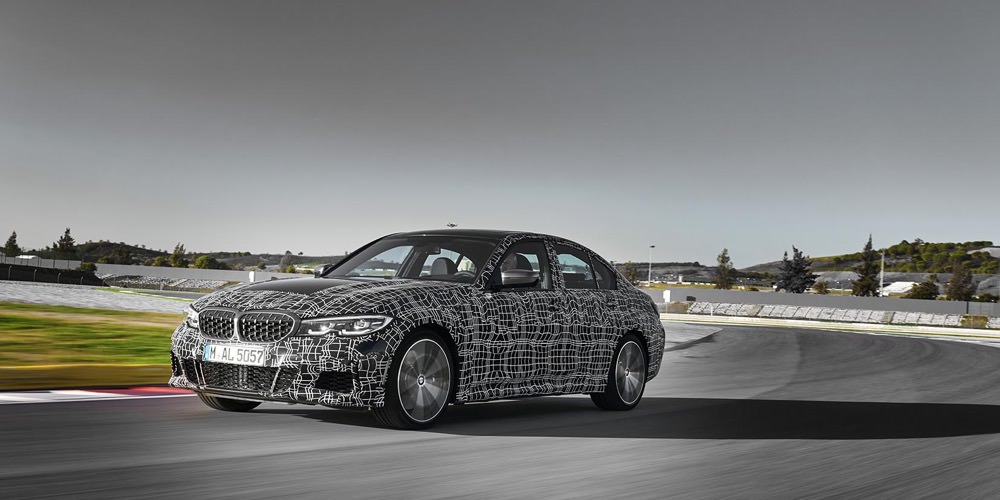 Then it’s power down one hill, staying right, keeping the throttle down while you try your best to clip the apex on the next uphill left-hander, which, of course, leads to an unsighted braking zone. You aim the car into what looks like the barrier while braking and then get it turned in to the right as best you can, down another steep hill and feeding the power in as the track once more swings left and uphill. This is a real tyre-killing corner, and you can feel the right-front of the M340i working hard to deal with the forces. 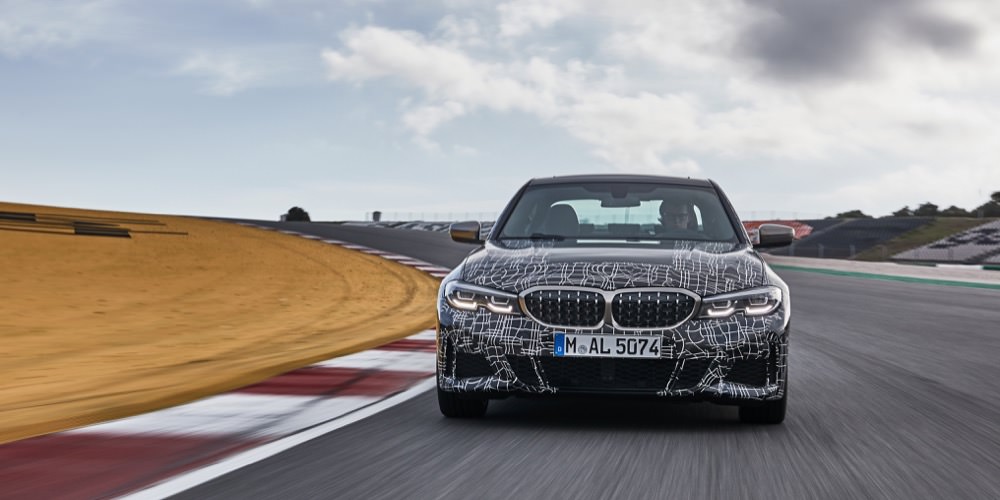 That aside, the car is rock solid and stable as it enters another big braking zone. An off-camber left-hand nearly hairpin allows for a little more tomfoolery before you realise it’s nearly time to take a brave pill for that long long LONG last corner onto the start-finish straight. This corner can catch out serious machinery and you can certainly feel the M340i working its tyres hard, but it makes the job of the driver easy really, with great body control and feedback through the steering wheel. 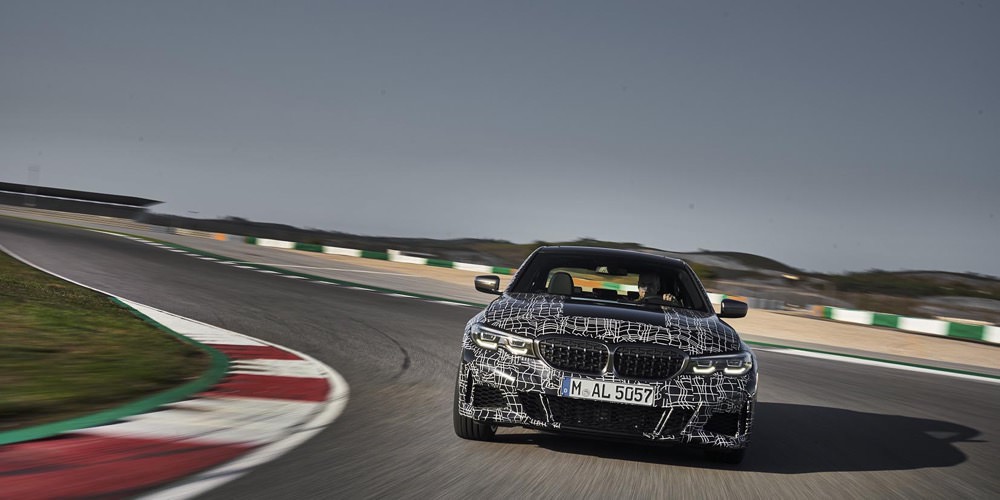 And then the rain starts to fall, splashing on the windscreen. Tom’s calm voice crackles over the radio: “probably a good time to do the cool-down lap, mate.” I couldn’t agree more. Read a rather more structured review of the 2019 BMW M340i xDrive prototype on CompleteCar.ie.