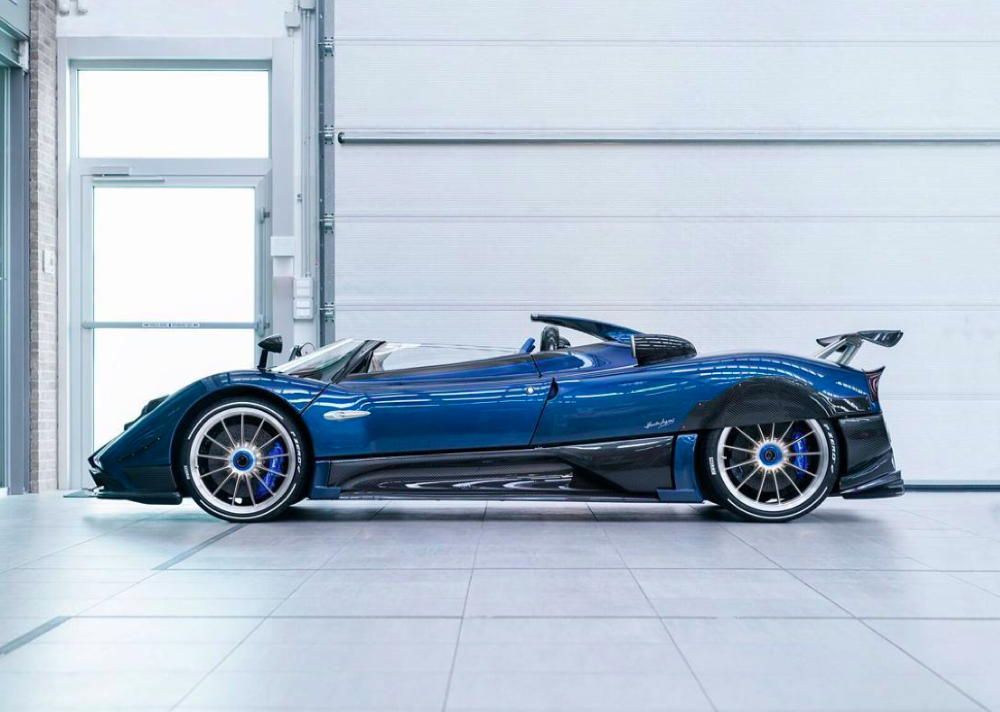 Like some kind of glorious carbon fibre clad smell that won’t go away, Pagani has taken the covers off of yet another special edition Zonda at this year’s Pebble Beach Car Week. The car is called the Zonda HP Barchetta, and is the most extreme version of the series to date and features a cut-down windscreen, which leaves the snorkel-type air intake for the engine complete unobstructed as it sits above the car’s occupants and between the carbon fibre roll hoops.

According to sources, only three will be made, one of which has already been claimed by the company owner, Horacio Pagani. 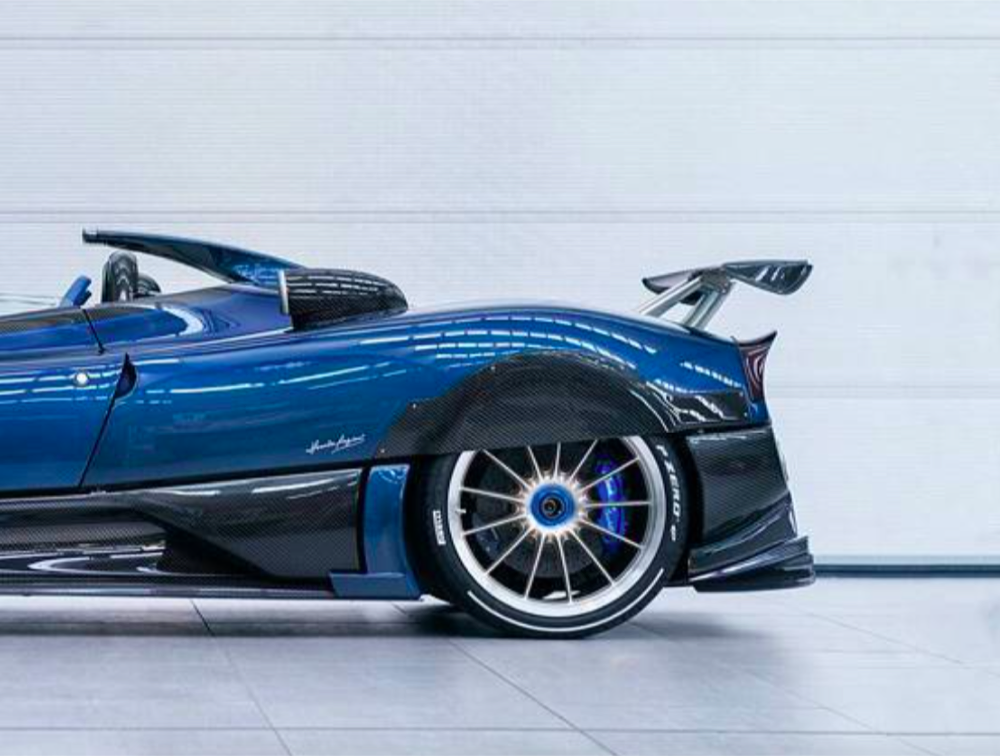 It is draped in exquisite gloss blue and black carbon fibre bodywork and features partially enclosed rear wheels that undoubtedly add some aerodynamic benefits though we feel they may be just as much for style than anything else. The lightweight 13-spoke wheels have a silver face with blue accents set inside the rim that compliment the blue painted huge brake calipers.

The interior, like all other Zonda’s, is an exercise in fine detail and the most luxurious materials Sports seats are covered in cream leather with blue tartan inserts. Its steering wheel is a traditional wood-rimmed affair that like the seats also has blue inserts. 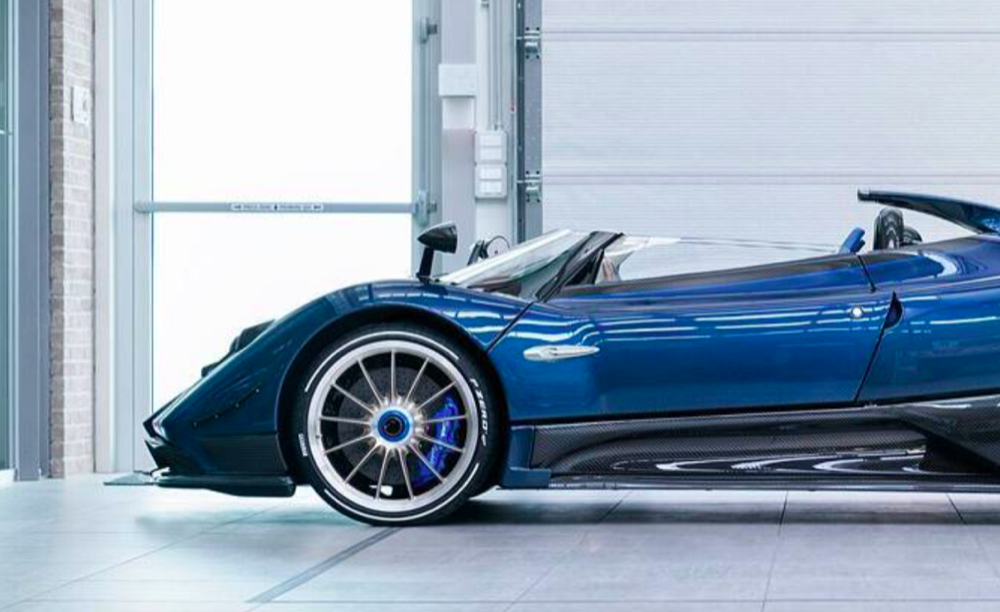 Pagani has yet to announce just how much either of the two remaining Zonda HP Barchetta models will cost, and given the often secretive world of Pagani collectors, this figure may never be known. It has already been rumoured that these could cost even more than the current world’s most expensive new car, the one-off Rolls-Royce Sweptail Coupe, which reputedly sold for more than €11 million. 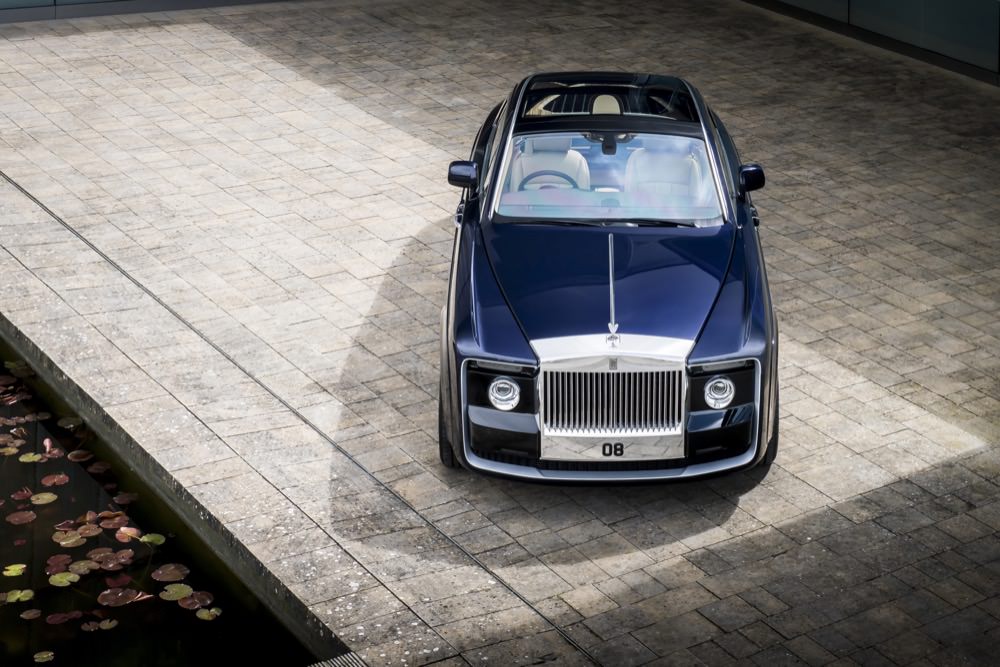 While the Huayra had all but replaced the Zonda regarding regular production models, many limited run or one-off Zondas have subsequently been produced. But it looks as if this could be the final iteration of the Zonda, and if it is, it’s a very fitting send off for what has proven to be an iconic model line.

Here’s the car from another angle, via Richard Thompson III‘s Instagram