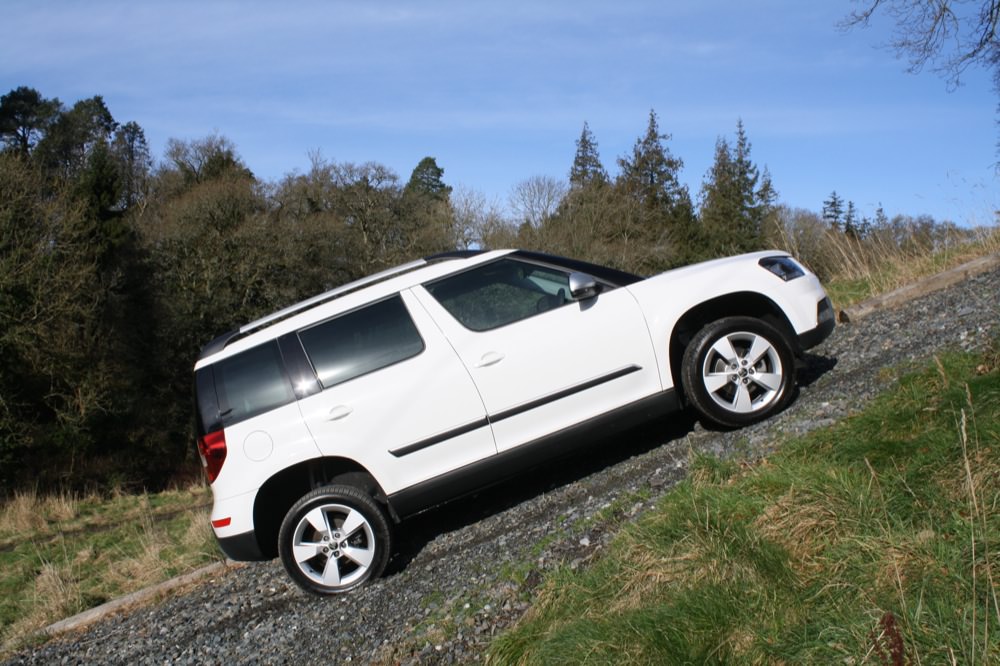 When I first drove a Skoda Yeti it ranked as one of the most surprising cars I had driven. The space inside, how it drove and that quirky image all combined to make it a car that I still always recommend to people as it’s not usually on their car buying radar. And there’s a new Yeti now on the scene, although its looks have matured slightly, becoming a tad more, dare I say, conformist. 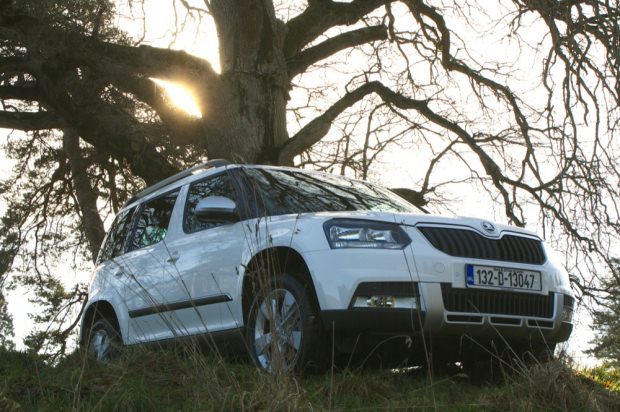 As this Yeti is the all-wheel drive version, this time round I’ve decided to call in the help of the team at Xtreme.ie to really put the Yeti through its paces and see just how good is it off-road. It’s often the case these days that many of these so-called ‘soft-roaders’ and crossovers rarely go more off-road that mounting a grass verge in a housing estate, but the Yeti is the kind of car that is more likely to be used as intended, so where better to go that the Xtreme.ie‘s off-road course at Carton House. 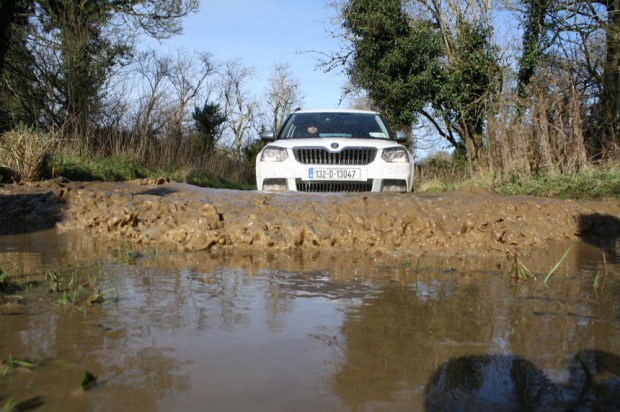 Let’s do the technical stuff first. This is the Yeti Outdoor, to give it its full title, and it’s powered by the familiar 2.0-litre TDI unit that has found a home in so many cars across the expansive VW Group – and with good reason too. As diesels go, it performs very well, returning good levels of fuel economy (slightly less in this Yeti as it is an all-wheel drive), more than enough power to cope with the rigours of day-to-day life and a healthy dose of refinement too. Matched up to that is a six-speed manual gearbox and although this is the Outdoor spec you won’t find any high or low range gearing, just the standard set of ratios. In fact the specific Outdoor is more to do with the overall styling, but the Czech firm has fitted additional underbody protection. 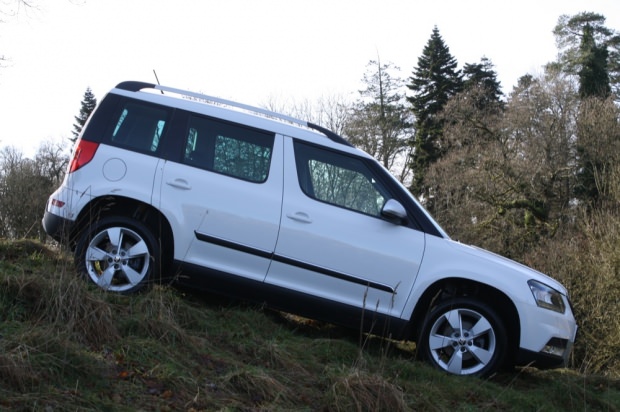 Despite being essentially just an all-wheel drive road car, the Yeti is surprisingly agile even without a fitting dedicated off-road tyres. The already raised height of the car proved to be a benefit when taking the Yeti down more heavily-rutted sections while the short overhangs meant no unintended bumper removal when reaching the bottom of steeper descents. In fact, it was only on one particularly wet and muddy section that the Yeti ran into anything resembling difficulty – a fault of the tyres more so than the car itself. And given the technical nature of some of Xtreme.ie‘s course, the Yeti performed not only better than expected but more importantly, better proved capable of taking far more than the average user is going to throw at it. 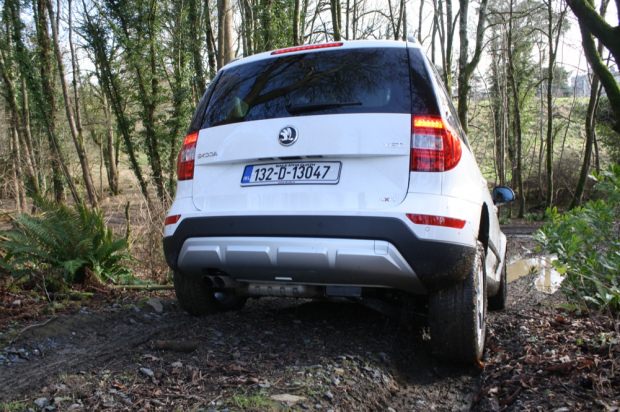 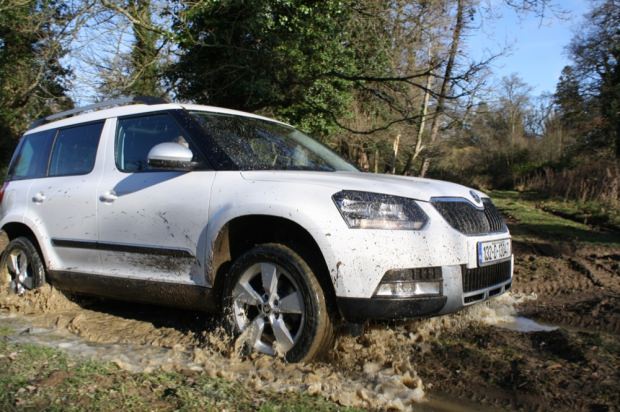 On road the Yeti is still a joy to drive with its raised seat height giving better views and a mini-SUV feeling. Its design allows for a very spacious feeling thanks to the high roof line. The practical boot is a useable 405 litres but fold those rear seats down and you get a van-like 1,700 litres of cargo space. Adding to that is some of the ‘simply clever’ little touches we’re now used to seeing from Skoda. 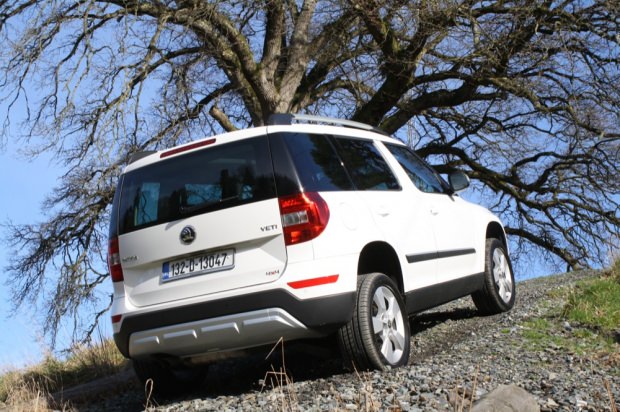 If there’s one disappointing thing about the Yeti it’s the fact that the vast majority of people who buy it won’t end up fully exploiting its potential. For the real outdoor types, picking yourself up a Yeti and throwing on some mud tyres will certainly add some more fun to your weekends.