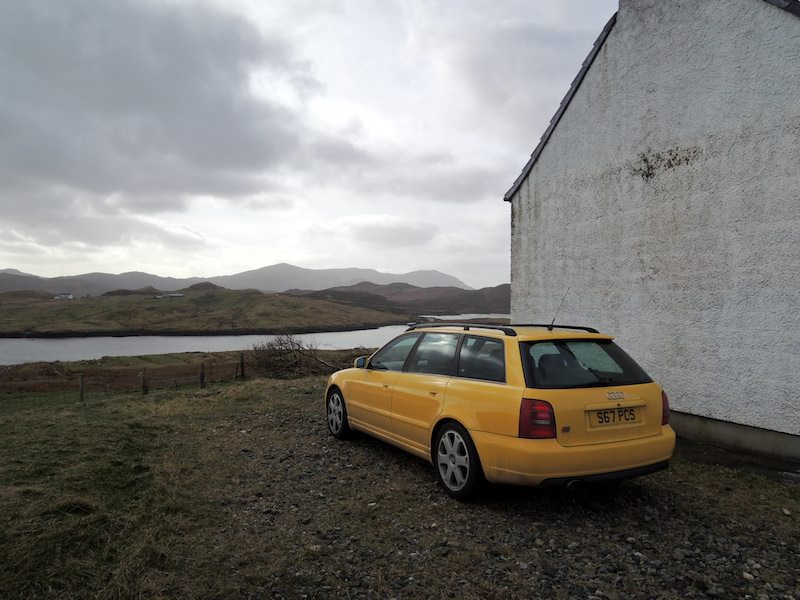 The S4 is my first turbo car and handily, it has two of them. This in reality represents two reasons to tremble. Turbo paranoia is a very real condition for the uninitiated – you awake in the middle of the night drenched in your own sweat dreading white smoke and the whaling of metal on metal.

Of course, on start-up, the Audi does ‘steam’ a bit but this disappears once the cats are warmed up but still – what if I’d bought a ticking/burbling time bomb?! A quick YouTube browse for ‘Audi S4 blown turbo’ dispelled some of my fears (think ’90’s night club smoke machine’) but still, what if…

I decided to bite the bullet and booked the car into my nearest main dealer (Lommond Group, Ayr) and opted for a morning’s wifi thievery in the cosy surrounds of their waiting area.

A couple of hours later a nervous mechanic approached with four sides of A4 printed out detailing the work which Audi had identified as needing to be done. Despite the car’s full Audi service stamps right up to 2009 and then being looked after by Glasgow specialists Deutschetek thereafter, the projection was £4000-worth of parts and labour. More than I’d paid for the car.

Like a shit poker player, I pulled my jaw off the floor and set about ticking the boxes of stuff I’d like done. On closer inspection, I figured that a lot of the stuff wasn’t vital and could be taken care of at a later date. Some of it however was based on the assumption that because it hadn’t been done by Audi with Audi parts, then it hadn’t been done at all. The headlight flicker and warning light, the tremble under the brake pedal when coming to a halt and faulty rear washer hose were my main concerns once the car had got a clean bill of health on the dyno. If nothing else, the turbo paranoia was alleviated. 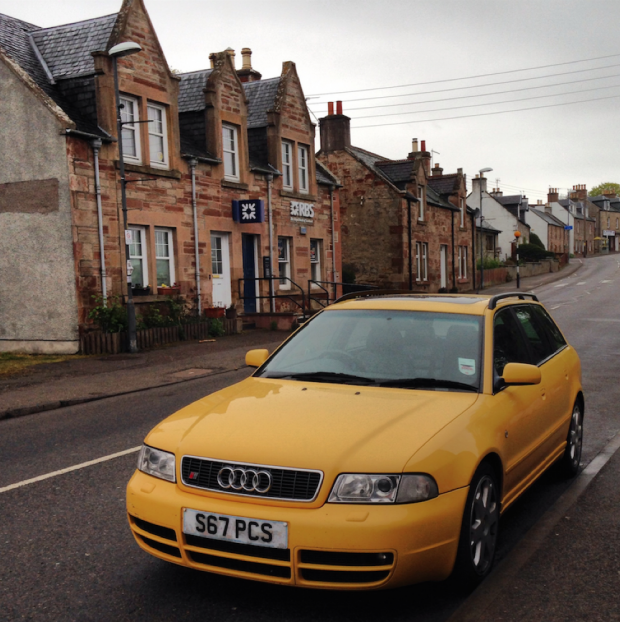 New bulbs sorted the headlights but given that their fitment necessitated front bumper removal, they didn’t come cheaply. Likewise it was over £100 to reconnect the rear washer hose and ‘more in-depth analysis’ of the brake issue was needed prompting me to drive home in an A5 loaner for the weekend.

Communication all went a bit ‘Cold War’ there-after but following a bit of chasing they had identified that it was an ABS sensor in one of the hubs. It didn’t effect the braking itself but would necessitate each of the sensors to be removed (£220 each) and replaced (£170 each) Braking not hindered? I’ll have the car back thanks.

Once back home, the rear screen wash promptly stopped working again. It took four more phone calls to eventually get a refund on the work.

I called in at my local independent garage and they advised me that within a couple of thousand miles the faulty brake sensor would break and a fault code would appear – that fault code would indicate what wheel it was in. Three hundred pounds would see a new one securely in there and would give me the excuse to get the other wee tidy up bits done whilst I was at it.

My service book now has a fresh Audi main dealer stamp and my turbo paranoia has all but dissipated (I’m still taking the pills) but the main dealer experience left a bit of a sour taste. I’d bought into the Audi brand image and left with a fraction of the work being done and a lingering feeling that I could’ve happily been alleviated of a lot of money unnecessarily.