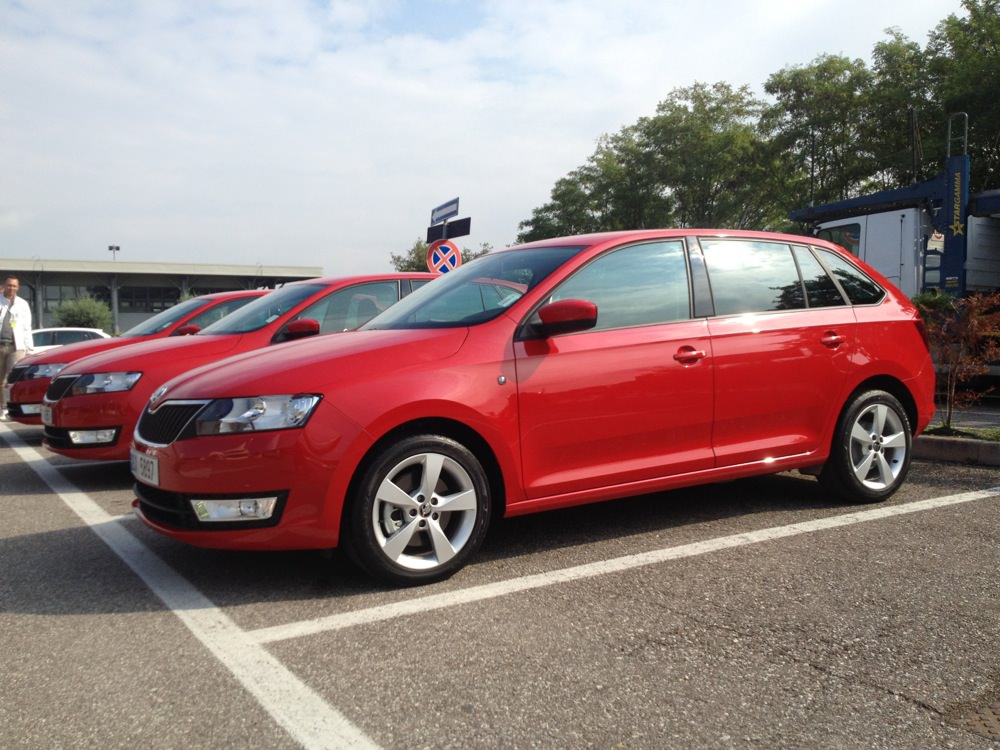 The Czech manufacturer Skoda has earned quite a solid reputation for building pretty good saloon cars. The Rapid Spaceback though is something of a new departure for Skoda – the hatchback shares much with the Rapid, Skoda’s entry-level saloon. It may not be that much shorter than the saloon which bears the same name, but visually the Spaceback does manage to take on a different look and is one which works rather well. 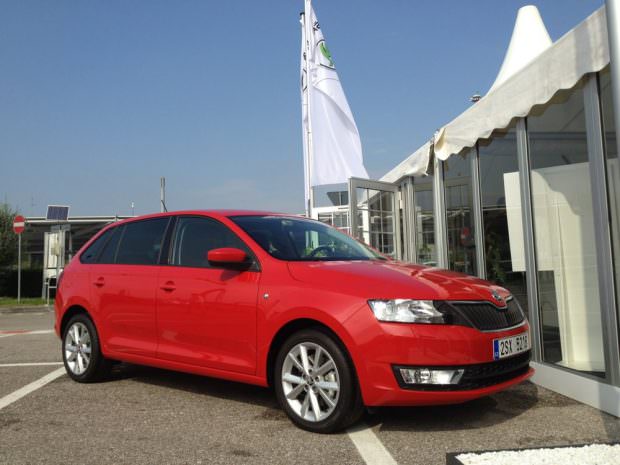 Skoda hasn’t simply chopped the boot off of the Rapid, but it has in fact engineered the car into a hatchback that is almost as practical in terms of load capacity but visually different enough to enable it to appeal to a new section of the buying market. Regular visitors to IKEA won’t be left out in the cold either, yes boot space is down to 415 litres from the 550 litres in the Rapid saloon, but the hatchback allows for plenty of access while the 60:40 split folding seats still give 1,380 litres of carrying capacity when folded down. One other little extra is the bootspace floor which can be lowered to give slightly more room – not an option on the Rapid saloon. 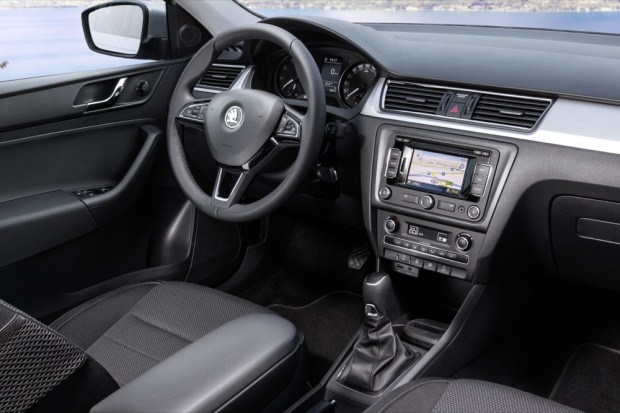 Inside, the look and quality of the materials used has been improved – something that was needed. The dashboard now contains a coloured insert which helps to brighten up the interior, whilst a new option in the form of a panoramic glass roof allows plenty of light to flood into the interior. In a smart move, Skoda Ireland has included this latter option as part of a Style Pack which groups that along with black-painted door mirrors, black front fog lamps, 17-inch split-spoke alloy wheels and the better-looking glass tailgate for €1,400 on the Ambition trim line. All trim lines now feature a three-spoke steering wheel as standard fitment.

Driving the Rapid Spaceback is a much nicer experience now that Skoda has upgraded the suspension. The improvement to the ride and also to the interior noise levels is noticeable and the good news is that these changes are also being carried across to the Rapid saloon. On paper, the 1.6-litre diesel may jump out as the obvious choice to buyers obsessed with claimed fuel economy figures and road tax rates, but this engine remains underpowered and rather unrefined due partly to lesser amounts of noise insulation. The 1.2-litre petrol TSI engine on the other hand actually makes for a very sweet combination with the manual gearbox and seems to suit the Spaceback well on a variety of roads. It is more driveable and with moderately sensible motoring will return respectable fuel economy figures – and bear in mind that it’s cheaper to buy in the first place. This is all making a lot of sense. There is a more powerful 105hp version of the same petrol engine, but the power difference isn’t that noticeable and doesn’t quite justify the extra road tax charges due to its higher emissions.

Pricing for the Rapid Spaceback will start at €17,495 for the 1.2-litre TSI in Active trim, though I would recommend going for the Ambition trim which is priced at €19,350.