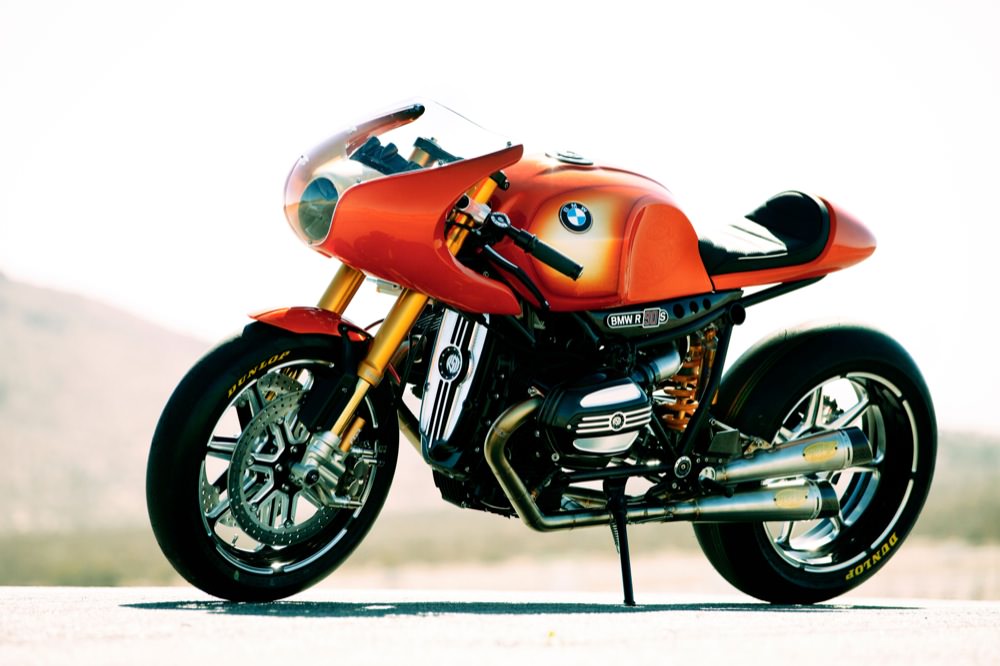 Many people often do not realise that BMW actually manufactured motorcycles before they began to make cars, and throughout its long history has often been pioneers of two-wheeled technology. One of the German brand’s most celebrated and iconic motorcycles is the R 90 S, which has now been spiritually resurrected in the form of the Concept Ninety. 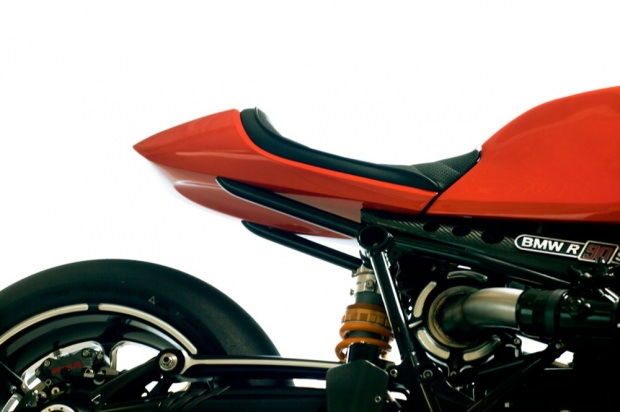 “Today BMW motorcycles stand for perfection and function. That is what we have worked hard to achieve and something we are very proud of,” says Ola Stenegard, Head of Vehicle Design BMW Motorrad. “But we want more than that. With the BMW Concept Ninety we want to show how reduced and pure an emotional BMW motorcycle can be.” 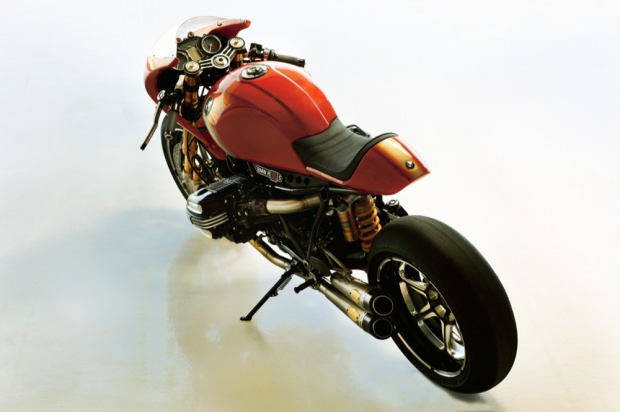 The Concept Ninety is a sporty boxer-engined motorcycle that tips its hat style-wise to that of the R 90 S. The fairing, fuel tank, seat and short tail unit are an instant throw-back to that iconic past, while the body is painted in a similar rich shade of orange. Powering the Concept Ninety is BMW’s latest air-cooled flat-twin boxer engine which is painted entirely in black with contrast cut details this section of the bike symbolises concerted power, precision and  performance. The mechanics and technology as a whole are purposely rendered visible and reflect a keen attention to detail. 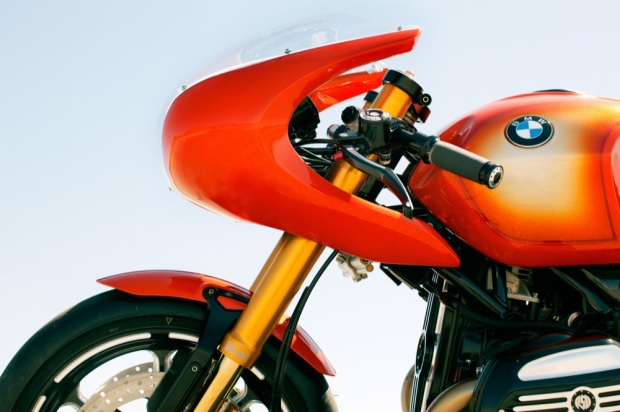 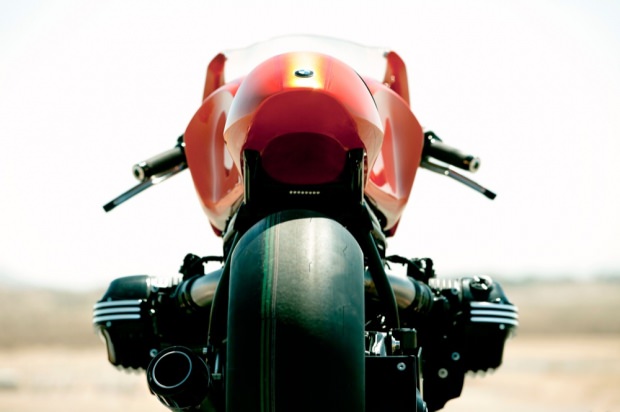 The more you look at it the more detail begins to emerge with many of the high-quaity parts coming not from BMW, but from respected custom bike specialists Roland Sands Design in California. In close collaboration with BMW Motorrad Design, the Roland Sands Design team designed and manufactured these parts specially for the BMW Concept Ninety. The mechanical parts and engine area, above all, bear the Roland Sands imprint. Particular attention was devoted to those elements typical of a boxer, and thus also of BMW, which were meticulously designed and elaborately finished. Key highlights include the front cover of the engine and the valve covers, that got painstakingly milled, as well as the exhaust system. The parts were milled using a contrast cut process, which strikes an alluring contrast to the black mechanical components. 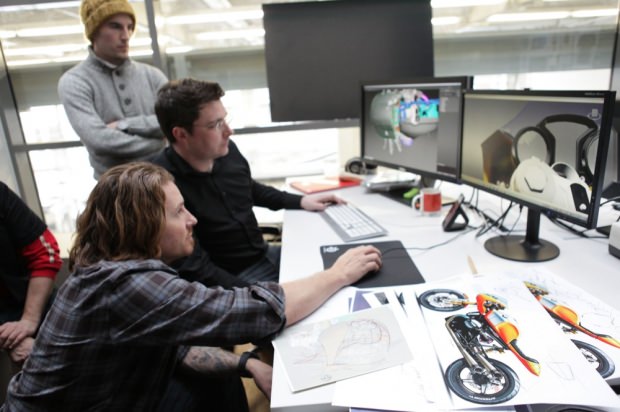 This technology was also applied to the rims, whose classic design recalls the racing triumphs of the BMW R 90 S in the 1970s. The machining and technical implementation of the parts, are state of the art – like all the details on the BMW Concept Ninety. “It was important for me to translate the special statement made by the BMW R 90 S into the present through the use of unique parts – employing emotional design and cutting-edge technology,” says Roland Sands of his approach to the bike. Likewise designed and made by Roland Sands are the brake and clutch controls, the Paralever arm and the air filter under the seat. All these meticulously manufactured individual parts blend smoothly into the form language of the BMW Concept Ninety. 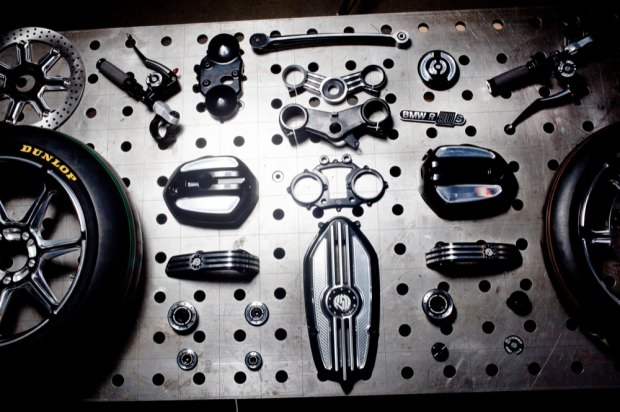 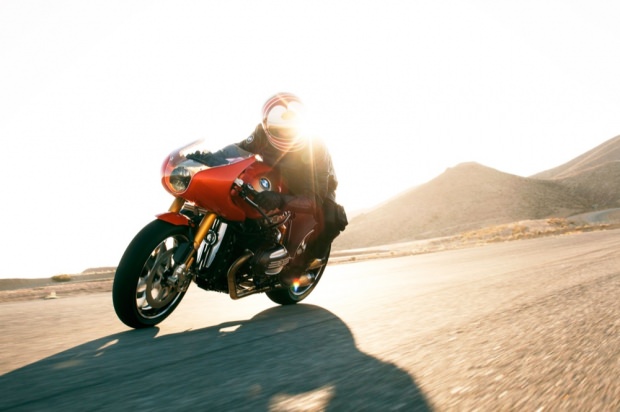 “Everything just fits together perfectly: the BMW technology, the BMW heritage and our custom parts complement each other beautifully,” comments Roland Sands on the result of this collaboration. Edgar Heinrich adds: “The BMW Concept Ninety is sheer enjoyment in every respect – from the development of the idea to the sketching stage to the construction process. But above all when you’re riding it. It’s an absolute riding machine – just like the R 90 S was in its time.” Unlike other custom bikes, the BMW Concept Ninety can be – indeed begs to be – ridden. The motorcycle and all its components have been designed with top performance in mind.