Following a well received unveil at the Milan International Motorcycle Show, the new Ducati Hypermotard is due to start reaching Ducati stores in March. Although the new Hypermotard may looks similar in silhouette to its predecessor it is in fact a brand new bike from the ground up.

Powering the new Ducati Hypermotard is a 110 bhp 821cc Testastretta 11° twin which is nestled into a new Trellis frame. Ducati have designed three Ride-by-Wire engine maps which can be changed to suit the different riding modes required. The engine revs out to 9,250 rpm and is mated onto a 6-speed gearbox. There are also eight different traction control settings which should cater for all levels of bravery and in case it all gets a bit too much riders also benefit from a three-level ABS system. 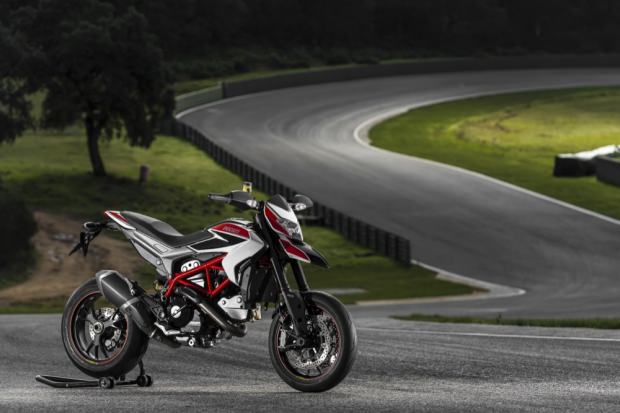 The new Hypermotard SP model boasts the same performance figures but is equipped with a higher level of spec. Up front the standard Kayaba 43mm forks are replaced with Marzocchi 50mm pressurised and fully adjustable USD forks which offer half inch or so of travel. At the rear, a fully adjustable Öhlins monoshock replaces the standard Sachs spring while 3-spoke forged rims take the place of the 10 spoke alloys on the regular Hypermotard. 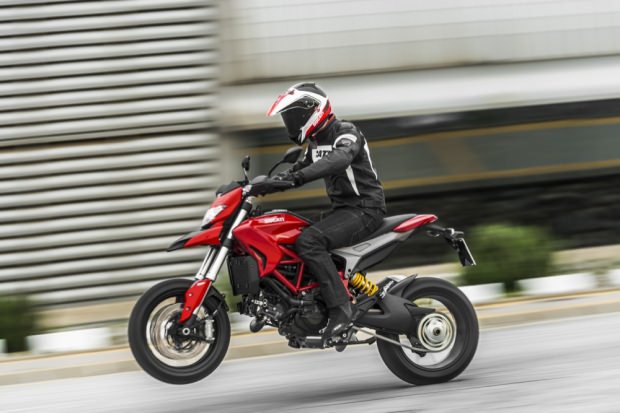 The Hypermotard and Hypermotard SP will start arrive into Ducati stores from March onwards. These models join the new Multistrada, updated Diavel range and 848 and 1199 Panigale families in the stunning 2013 Ducati model range.