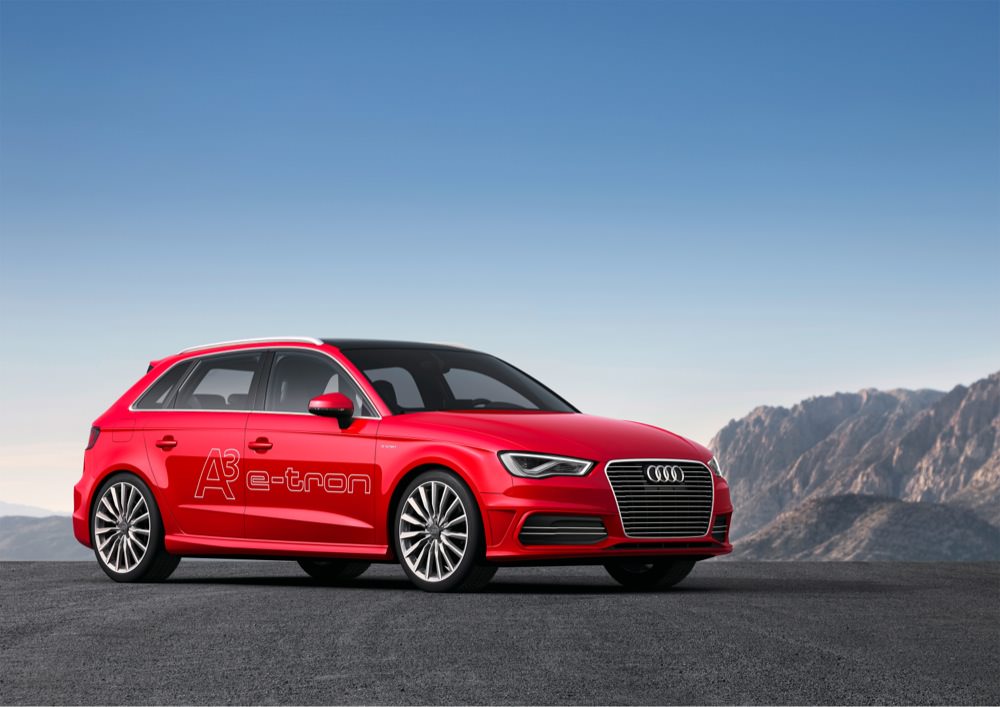 Next month in Geneva Audi will unveil the A3 e-tron. The petrol / electric hybrid which will appear in Sportback form is claimed to offer fuel economy figures of up to 188 mpg. By utilising both a conventional petrol engine as well as an electric motor, the plug-in hybrid can offer owners the benefits of greater fuel economy and extended range without that dreaded ‘range anxiety’ that is associated wit purely electric vehicles. 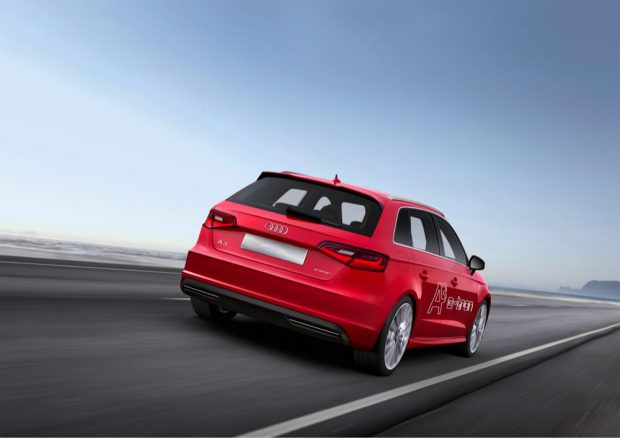 The car uses a modified 1.4 litre TFSI four cylinder engine which produces 147 bhp. This is then linked by a clutch to a 75kw electric motor which in turn in integrated into a new six-speed ‘e-S tronic’ transmission which goes on to drive the front wheels. The combined performance of both engines comes to 201 bhp and helps see the 0-100 km/h sprint done is 7.6 seconds. The benefit of the electric motor is that is offers peak torque instantly from rest up to 2,000 rpm by which time maximum torque from the TFSI petrol engine has come in at 1,750 rpm and continues up to 4,000 rpm. The result should mean for massive amounts of grunt when you realistically want it the most – low down. 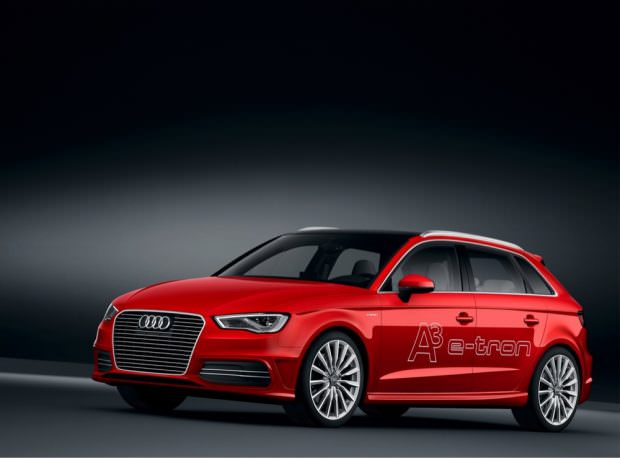 Audi say the A3 e-tron can run purely on electric power for a range of up to 49 kms at speeds of up to 128 kph yet it can also drive solely on its petrol engine. Hybrid mode then brings both engines into play and this is where most owners will see the real fuel economy benefits. When the driver stops accelerating in this mode, both motors temporarily deactivate, eliminating motor braking torque and allowing the car to glide to conserve fuel and recuperate energy. Equally importantly, according to the ECE standard for plug-in hybrid cars, the A3 Sportback-based e-tron is capable of covering up to 188mpg with CO2 emissions of just 35g/km.

The electrification of the drivetrain, above all using plug-in technology, will play a decisive role in the model strategy of the Vorsprung durch Technik brand. This latest development is designed to give some insight into how the technology will take shape in the Audi models of the future.