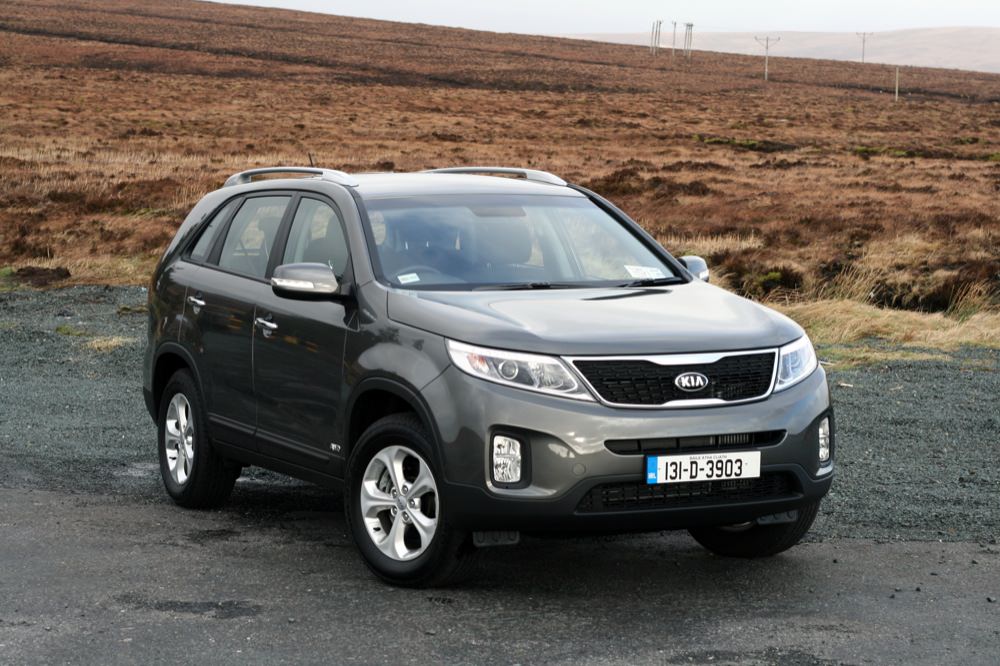 Kia have freshened up their big SUV – the Sorento – and it has just gone on sale here in Ireland this week. Improvements have been made in the engine department meaning that the 2.2 litre diesel now moves to Band C for road tax (€390) and All Wheel Drive is now as standard. It also benefits from a re-engineered body shell, improved ride, handling and refinement as well as a updated exterior design. 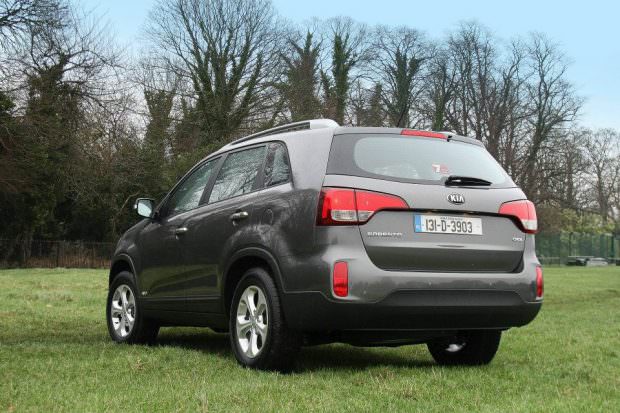 Access to the cabin has been improved by lowering the ride height by 10mm and also by lowering the cabin floor itself. Kia have made increases in legroom – 30mm for the second row & 9mm for the third. The AWD delivers 100% of engine torque to the front wheels during city & motorway driving. In poor or slippery conditions it is possible to select ‘Lock Mode’ which will then distribute the power evenly between front & rear axles.

The 7-seater Sorento will start with an EX model priced from €37,990. This entry level model will come with 17″ alloy wheels, roof rack, parking sensors, climate control & bluetooth as standard as well well the aforementioned AWD. The Platinum model which will be priced at €41,790 will also benefit from a panoramic sunroof, leather interior including heated front seats, rear privacy glass, reversing camera & HID headlights. Both models have folding rows of seats enabling greater versatility.

“During the last decade, Sorento has earned widespread regard with Irish and European drivers . Kia has listened to customers all over Europe and our engineering and design teams have responded in creating the upgraded Sorento, The  result is a new Kia model which is not just a cosmetic exercise but represents a major step forwards for our popular SUV which is sure to bring back existing Sorento customers and competitive owners who are becoming increasingly aware of the design ,engineering and quality that Kia offers “ , commented James Brooks Managing Director of Kia Motors Ireland.