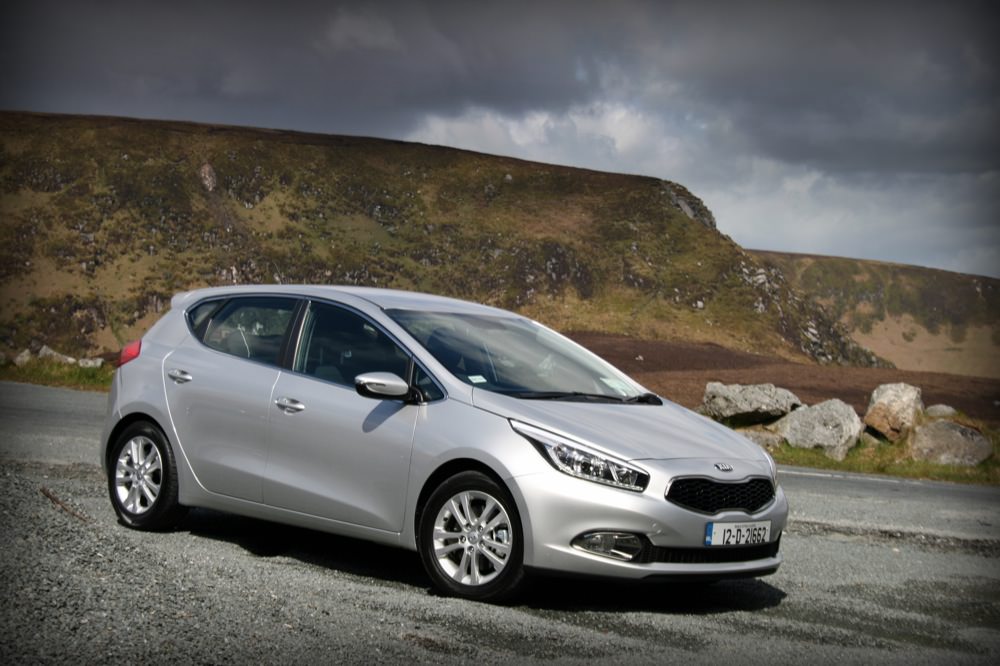 Kia are in the midst of rolling out their new range of Cee’d models which began earlier this year when I attended the International Launch of the Cee’d in Spain. As is the usual case with these events, all the cars were incredibly well spec’ed and despite having a range of engines available its always a push for time to get to try everything. So I have recently spent a week living with what should be a more typically spec’ed Cee’d on Irish roads.

The Cee’d EX 1.4 litre diesel is most likely the model that the majority of customers are going to go for. The engine produces a modest yet practical 88bhp and 220 Nm of torque which will allow it to feel nippy enough around town. The six speed manual gearbox is well geared and that sixth gear makes all the difference on motorway drives. Fuel consumption is as you would expect; frugal – I managed to get fairly close to the claimed 4.3 l/100kms. 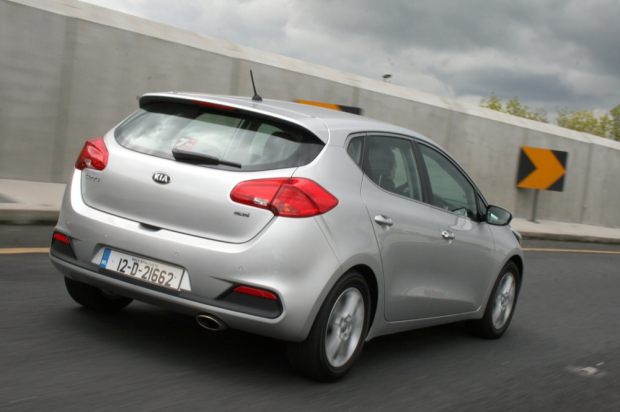 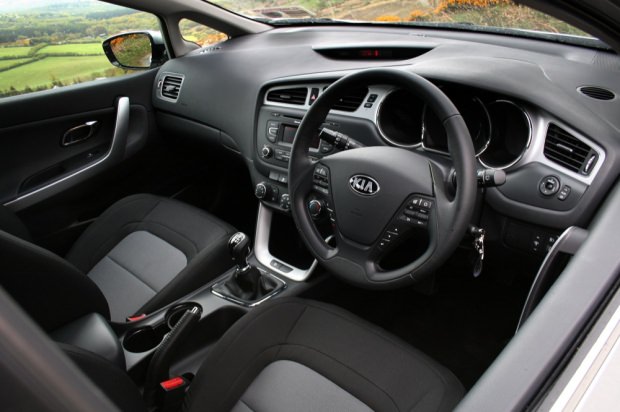 Visually the new Cee’d is a much sharper and in my opinion more upmarket design, helped in part by the opening of Kia’s European based design studio. The five door design looks well from all angles which also keeping things very practical. Access in and out of the rear doors, even for adults is easy and there’s sufficient leg and headroom in the rear. Up front is a much nicer affair than the previous incarnation. An all new dashboard design looks well, even in lower spec levels. A multifunction steering wheel along with bluetooth are welcome standard features as are the USB and Aux ports and cruise control on the EX model. In fact when you begin to look into the detail of exactly what is offered as standard on the new Cee’d you may be surprised; heated door mirrors, body coloured bumpers & mirrors, tinted glass, electric windows & trip computer all add up to what it a pretty impressive package. 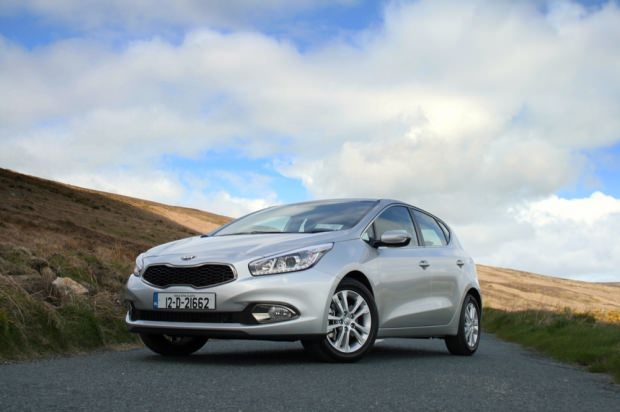 Driving wise the new Kia is notably improved with the handling feeling better I felt than the previous model. Suspension was another area I felt Kia had improved in with the Cee’d which although feeling just slightly firmer tended to absorb the impurities of Irish roads better than before.

In the past many may have put Kia’s success down to the fact that they offered a seven year warranty, and although they still do the standard of the new Cee’d range is another step up and even in its mid-level EX trim level is a car that will certainly gravitate towards the top of many comsumer’s shopping lists.