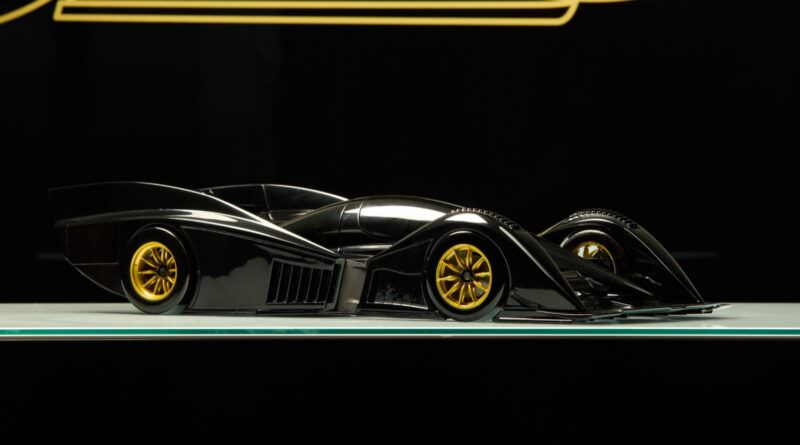 The best-known sculpture by Auguste Rodin is The Thinker. A statue of a muscular, naked man leaning forward with his head resting on his left hand, the sculpture is meant to represent someone lost in the deepest of thoughts. It is usually taken as a visual shorthand for the study of philosophy.

What would The Thinker think of a car whizzing past his perfectly chiselled knees at speeds of more than 360km/h? Would he think it a philosophical waste of time? Or would he note, in that slow, silicon manner of a statue, that the car in question is named for his creator and quietly postulate: “Not bad, Rodin. Not bad…”

Whatever the thoughts of statues, Rodin — the New Zealand-based sports car maker, not the French sculptor — is chiselling out a niche for itself as a maker of some of the most extreme cars. The company started when it bought the rights to make the T125 personal racing car. That T125 had been a Lotus project under the aegis of the over-ambitious Dany Bahar and would have seen wealthy customers paying for what was effectively a non-rules-conforming F1 car, complete with a truck and a team of mechanics to run it on personal trackdays.

The Lotus plan was a flop, but Rodin took it over, improved the car’s design a bit, renamed it the FZED, and is currently selling them for $650,000 a pop.

If the FZED looks like a Formula One car from the early 2000s, then the FZERO looks like a futuristic Le Mans racer cross-bred with some kind of predatory insect with just a dash of Batmobile. Rodin says it’s designed and built: “for those looking for the fastest experience available on track, without the limitations of road or racing regulations.” Pesky regulations, what do they know, eh?

The FZERO still doesn’t quite exist in reality, as Rodin’s latest announcement is to show off finished components and to say that a fully-running prototype should be up and on track by the end of this year. The announcement was made at the company’s UK base at the Donnington Park race track, where David Dicker, founder of Rodin Cars, said: “The Rodin FZERO is the physical representation of the ultimate heights in vehicle performance. Without the restrictions of building to a set of rules, we are able to make the car lighter, more powerful, and produce significantly more downforce. The only real restrictions we face are the laws of physics, and we have even pushed those to the absolute limit. We look forward to bringing the most intense driving experience conceivable to tracks around the world.”

Rodin says that the FZERO will initially be for trackdays only, but a road-legal version is in the works too. They will cost around $2.1-million each.

That experience will unquestionably be pretty intense. For a start, the FZERO weighs nothing essentially. Full of fluids, it will tip the scales at 698kg — about 200kg lighter than a current F1 car. It is made entirely of carbon composite, and its 4.0-litre V10 twin-turbo engine is a ground-up bespoke design. The engine weighs just 132kg making it one of the most compact V10s ever built. Rodin says that it’s not designed to be modified, so don’t go getting ambitions to bore it out to 5.0-litres or anything. That suggests it has incredibly tight manufacturing tolerances, with little-to-no space between the cylinder walls.

Power? Oh yes, it has lots of that. 1,000hp at 9,000rpm, to be precise, plus a 130kW hybrid module to deliver a combined 1,176hp and 1,026Nm of torque which should get it off the line like a supercharged stabbed rat. All that power is shuffled to the rear wheels via an incredibly compact, light (just 66kg) gearbox containing eight sequential gears housed in a 3D-printed titanium case. There’s also a hydraulically-actuated, computer-controlled differential for maximum traction at all times. Rodin doesn’t quote a 0-100km/h time, but we suspect it might be in minus figures.

Keeping all that power under control are front and rear 380mm PFC carbon-carbon brakes with titanium callipers (6-piston front and 4-piston rear). The braking system has both ABS and traction control, unlike an F1 car. The wheels are a bespoke set of 18-inch forged magnesium rims, manufactured in conjunction with OZ Racing and produced to F1 standards, measuring 18-inch at the front and the rear, with 14-inch tyre width at the front and 16-inch at the rear. The tyres are a race-spec full-slick compound developed by Avon and can be changed depending on the weather.

Just 27 FZEROs will be made, with deliveries due to start next year.

Top speed? Well, that’s interesting. Rodin currently says that the FZERO will do more than 360km/h, but that’s with an aerodynamic package which delivers up to 4,000kg of downforce. Now, downforce equals drag, so what might the Rodin be capable of if you trimmed the wings out and gave it enough space? Would it have the power and potential to beat the likes of the Hennessy F7, the Bugatti Chiron, or the Koenigsegg One:1 to become the fastest production car in the world?

Rodin isn’t saying just yet whether that sort of plan is on its mind. But you’d have to assume that they’re thinking about it. Thinking very hard indeed.