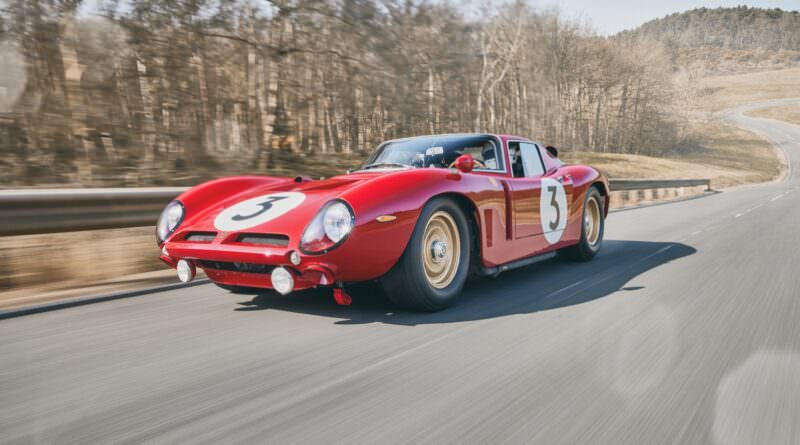 The 5300GT rivalled Ferrari on the track in the sixties. Can it do it again?

There have been, in the past year, two competing projects to make modern-day recreations of Ferrari’s classic 250 GT SWB. I mean, I guess that’s no surprise — the SWB is a gold-standard classic, raced in period by Stirling Moss, and arguably (no — make that unarguably) one of the prettiest Ferraris of all time.

Do we really need two recreations, though? I mean, surely one would have been enough. Ah well, at least it makes for more competition for the revival of Bizzarrini.

Sorry, who? Ah, perhaps you’ve forgotten or never heard in the first place. Giotto Bizzarrini was an engineer (a graduate of the University of Pisa in 1953) who worked for Alfa Romeo at first but went to Ferrari in 1957.

Calling his time at the Scuderia auspicious is a vast understatement — Bizzarrini worked on projects such as the road-going 250 GT and GTE, the V12 engine for the amazing Testa Rossa racers, and eventually the 250 GT SWB itself.

That was not, however, his masterpiece. His masterpiece was the 250 GTO. Unsatisfied with the 250 SWB’s aerodynamic performance, Bizzarrini lengthened the nose, faired in the headlamps, added those iconic cooling nostrils, and created that kicked-up tail for a Kamm-back that defined the insanely beautiful shape of the 250 GTO. Sergio Scaglietti may have designed and hand-beaten the panels themselves, but Bizzarrini’s engineering nous made sure those panels were in the right place. Race wins followed, and eventually, the 250 GTO would become the most valuable car in the world. The few that exist today change hands for around $45-million.

However, all was not well at Ferrari. Chafing at Old Man Ferrari’s management style and the increasing influence of Ferrari’s wife, Laura, at the factory, Bizzarrini was one of the infamous group of senior staff who walked out on the greatest sports car maker of all. Or Ferrari fired them — it depends whose story you listen to). The other big names were sales manager Girolamo Gardini (who’s preemptory sacking triggered the saga), manager Romolo Tavoni, and chief engineer Carlo Chiti, all of whom would come together to form Automobili Turismo e Sport (ATS). Still, despite their expertise, it didn’t last long.

So Bizzarrini jobbed around a bit, designing cars and engines for Scuderia Serenissima and Iso, among others, as well as designing Lamborghini’s first V12 engine, before deciding that he wanted to make a car in his own name. So the Bizzarrini GT was born…

Technically, the original 5300 GT Corsa was a development of the gorgeous Iso Grifo road-going car that Bizzarrini had developed, but the GT was a proper racing machine. It used a mighty Chevrolet V8 engine — not as glorious as a Ferrari V12 perhaps, but reliable and heavy-hitting — and it looked like a lightly squashed 250 GTO, with an almost horizontal rear screen. The bodywork was actually one of the earliest projects worked on by the great Giorgetto Giugiaro, with aero mods by Piero Drogo, who’d created the famous Ferrari 250 GTO ‘Breadvan’ body.

Back in the day, the 5300 GT was a serious racing car, and could give the 250 GTO a hard time on track. Indeed, more recently, a restored Bizzarrini racer has been a regular runner at the Goodwood Revival, and again it’s been sticking its aerodynamic nose in amongst the Ferraris. The original was quick enough to win its class at Le Mans in 1965, finishing 9th overall. Fabulously, after the 24hrs, Bizzarrini himself drove the car back home to Northern Italy. I told you those old Chevy V8s were reliable…

Now the Bizzarrini is back — just like its Ferrari forebears, there’s a continuation model, using the original blueprints, albeit with some 3D-scanning updates. The Bizzarrini name has been reborn, and Simon Busby is running the company.

“We have an ambitious long-term vision for the Bizzarrini brand, and the 5300GT Corsa Revival serves as either an introduction or a reminder of the storied heritage of Bizzarrini. We were thrilled with the car’s performance during endurance testing, delivering the same adrenaline-fueled driving experience as Giotto Bizzarrini’s original design. Now, as we complete the process of building the cars with for our customers throughout the world, we are refining the initial engineering and design proposals for our modern supercar with auto vehicle lighting & electrical work. Utilising the very latest technologies and built with the ethos, passion and values of our founding genius, this will truly be a Bizzarrini for a new generation,” said Busby at the launch of the reborn 5300 GT.

Reborn and slightly improved. In the spirit of the original, which saw continuous improvements and tweaks across the 133 cars built in Bizzarrini’s factory in Livorno, the updated 5300 GT will be given some upgrades. One big improvement is the fuel tank. In an original 5300, the fuel is — worryingly — located in the door sills and behind the driver. Thanks to improved manufacturing techniques, the new Bizzarrini team has integrated a more normal tank within the chassis, so it’ll be much safer.

The paint has been painstakingly matched from an original sample, with the company going as far as creating its own version of the classic Italian ‘Rosso Corsa’ — Rosso Corsa Bizzarrini 222.

There will be the option of more seriously upgrading the 5300 GT with a far more modern body, should you have the wish and the wherewithal. “Had it been available, we believe Giotto Bizzarrini would almost certainly have deployed carbon fibre in his racing cars,” said Richard Quinlan, COO of Bizzarrini. “As a result, the 5300 GT Revival Corsa will be offered with a full carbon fibre bodyshell as standard for those customers who do not need to conform to Historic Racing regulations. The car is of course engineered for racing, but we will also be able to satisfy the desire of any customer who wishes to drive this spectacular car on the road.”

We wish. We wish very much…