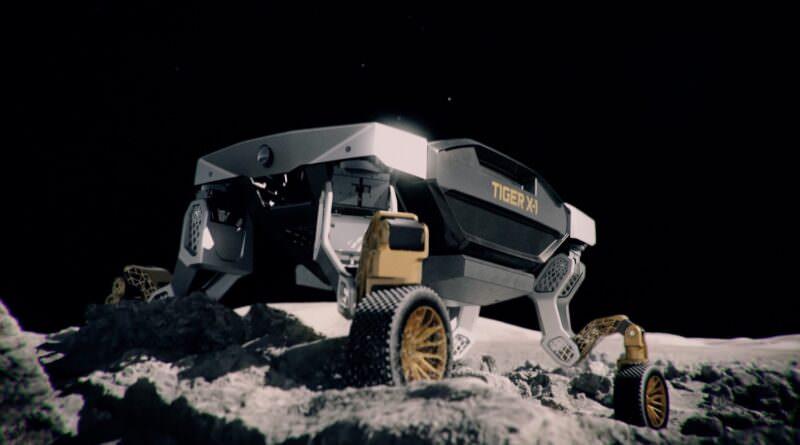 Hyundai’s TIGER is an autonomous mobile laboratory with legs. The TIGER will explore the most extreme environments.

Someone in Hyundai’s technical department clearly got a box-set of original Thunderbirds DVDs for Christmas. That’s the only way we can explain why the Korean maker of sensible family cars has gone and made this — a mobile, unmanned laboratory on stilts. It even has a very Gerry Anderson name: TIGER, or the Transforming Intelligent Ground Excursion Robot. That’s right up there with International Rescue and WASP (or World Aquanaut Security Patrol. That one was from Stingray.)

The point of the Hyundai TIGER is to be able to go and explore incredibly inhospitable terrain without putting a human crew in danger (PUNY HUMANS! THEY WILL BE EXTERMINATED BY THE MYSTERONS!) Sorry, not sure what came over me there… It’s been developed by Hyundai Motor Group’s New Horizons Studio, headquartered in Mountain View, California and Dr John Suh, Head of New Horizons Studio, said: “Vehicles like TIGER, and the technologies underpinning it, give us an opportunity to push our imaginations. We are constantly looking at ways to rethink vehicle design and development and re-define the future of transportation and mobility.”

The TIGER can spin 360-degrees on its axis with its wheels-on-legs layout, enabling it to get in and out of the remotest spots. To amp-up the whole Thunderbirds feeling, an uncrewed aerial vehicle (UAV, drone to you or I) can deliver it, while also charges up its batteries. It has what Hyundai calls “a range of sensors for remote observation.”

In the belly, there’s a big load bay that can carry a cargo pod (very Thunderbirds 2, and that was the best Thunderbird, don’t @ me with your Thunderbird 4 garbage) so it can deliver emergency supplies to areas that a natural disaster has cut off. Those long legs can retract into the body so that the TIGER lies flatter to the ground, and drives on its wheels like a more-or-less regular vehicle.

But when the vehicle gets stuck or needs to travel over terrain that is difficult or impassable for wheels alone, it uses its walking ability to get unstuck or more easily travel over that terrain. Hyundai previously showed a concept of that idea, called ELEVATE, at the Consumer Electronics Show in 2019. ELEVATE was designed to carry people, though, while the TIGER is fully autonomous. This makes it SO much more likely that Jeff and Alan will have to fly in and rescue it…

The first version of the TIGER is called X-1, and Hyundai is working with Autodesk, a leading engineering design software company, to help make it a reality. “Working closely with the team at Hyundai on the TIGER X-1 vehicle, using advanced technology such as generative design to push the boundaries of increasing strength while reducing weight in transportation, is exactly what we mean when we talk about creating the new possible,” said Srinath Jonnalagadda, Vice President of Business Strategy for Design and Manufacturing at Autodesk.

Concept design experts Sundberg-Ferar is also pitching in. “While developing TIGER with New Horizons Studio, the team at Sundberg-Ferar was looking to create a robot that maximised the efficiency of wheeled motion with the articulation of a quadruped to expand the possibility of reaching more remote locations,” said David Byron, Manager of Design and Innovation Strategy at Sundberg-Ferar.

“TIGER is a modular platform design allowing different bodies to be attached to the chassis for unique applications such as cargo delivery or surveillance in locations not suitable for humans.”

One of the TIGER images that Hyundai has supplied seems to show the leggy craft trundling across the surface of the Moon. Maybe there’s more to that new Tucson’s space-age styling than we thought.