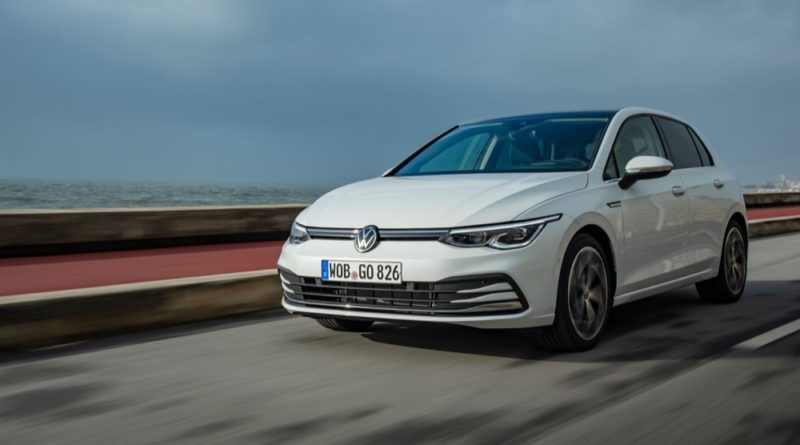 It can hardly have escaped your attention that Volkswagen has just launched the newest, eighth, generation of Golf.

Now, that is good news indeed for anyone looking to land themselves a handsome, comfortable, conventional family hatchback. It’s excellent, and let’s face it — you were expecting nothing less.

However, mention of the word ‘Golf’ inevitably awakens amongst enthusiasts a mention of the letters ‘GTI.’ Or ‘R’ for that matter. And yes, Volkswagen will, of course, be offering GTI, GTD, and R versions of the new Golf, with all three set to arrive in the course of 2020.

However, there’s a however. Well, two howevers. First off, Volkswagen will also be offering new versions of the GTE plugin-hybrid, with a choice of either 204hp or 245hp power outputs. Now, that could put the cat amid the winged-rats (pigeons), as while the outgoing GTE could never match the brilliant GTI for steering feel or chassis response, it was pretty brisk in its straight-line performance. Perhaps, and it is a perhaps, VW’s extra few years of experience of managing the balance between electric and petrol motors, and just as importantly controlling the mass of the batteries when on the move, might start to bridge the gap between the GTI and the GTE.

Beyond that, there’s the arrival of the new ID.3 electric car. Now, there is no overtly sporting ID.3 model yet, but such a car is on the horizon — tentatively dubbed GTX — and even the ‘normal’ ID.3 comes with a rear-drive (!) electric motor with as much as 204hp(!) and 310Nm of torque (!!), so it’s not going to be slow. It’ll do 7.5secs 0-100km/h run, which is not half bad, and its instant response could well prove tempting.

Of course, VW will be throwing its technical might behind the GTI and R, so you can expect them to move the game on from where the outgoing models sit. Indeed, the Golf R will probably become much faster. A current Golf R gets to 100km/h in 5.2secs, but rivals such as the Mercedes-AMG A35 and MINI John Cooper S Works have cut their sprint times to less than five seconds, so expect the new Golf R to follow suit.

To do that, power will have to be increased. Right now, the Golf R has 310hp, but that could climb to around 400hp by the time the new R debuts. How Volkswagen achieves that is yet to be seen — rumour, at one point, had it that the R would get the incredible 2.5 five-cylinder turbo from the Audi RS 3, but that sadly seems less likely now. More probable is that the R will get an ultimate upgrade of the EA888 2.0-litre turbo, possibly with the addition of some electric boost from a 48-volt mild-hybrid system.

As for the GTI, that too will get a major boost in power, with around 260hp likely for the ‘standard’ version, with possibly as much as 300hp for the ‘Performance Pack’ model. Figures in excess of 300hp have been rumoured for the range-topping Clubsport model, although once again that’s likely to be a limited-run version, rather than a regular production GTI. A TCR model is also set to return.

Somewhat surprisingly, given the scandal surrounding diesel emissions, VW has confirmed that the hot diesel Golf GTD will also return, most likely using the 204hp, 400Nm torque version of the 2.0-litre TDI engine, as already seen in various Audis. Unfashionable, it may be, but fun it almost certainly will also be.

How will these new hot Golfs drive? Well, that’s a question we can’t answer yet, but we can take a few hints from our drive of the new Golf 8 in its regular forms. Now, as with Ford and others, VW is going to offer the Golf 8 with two rear suspension setups. Basic models, and those with less than 150hp, get a simple and cheap torsion bar rear end. Those with above 150hp get a much more sophisticated multi-link setup. Thankfully, both the Golfs we drove — 1.5 eTSI mild hybrid, and 2.0 TDI — had the requisite 150hp, so we were good to go.

The first thing to note is that the new Golf is exceptionally refined and rides very well. While it would be easy to do away with that, with stiffer, lower suspension and bigger wheels, I hope VW retains a lot of that comfort for the GTI and R versions, as it really helps when trying to get the car into a flowing rhythm on a bumpy back-road.

And a flowing rhythm is exactly what you can find with the Golf 8. With that expensive rear end doing its thing, understeer is kept exceptionally well under control, and the Golf pivots neatly and crisply into a corner, holds its line, and can be tightened into a second apex, when needed, with ease. Grip levels are exceptionally good, but it never feels leaden nor heavy on the road, all of which bodes well for the faster models.

The weak link, right now, is the steering. In Comfort mode, it’s just too light. The speed and accuracy are there, right enough, but the feel just isn’t. Punch up Sport mode, and it improves quite a lot, gaining weight and making for a more reassuring companion through corners. Feel? Feedback? They are there, but they’re faint, and you have to focus to pick up what the front end is saying to you.

Still, Volkwagen’s engineers have a helluva track record when it comes to taking a humble Golf and turning it into a brilliant, ballistic, GTI or R, so the Golf 8 seems to be a good place for them to start. We’ll find out how well they’ve done later in 2020.