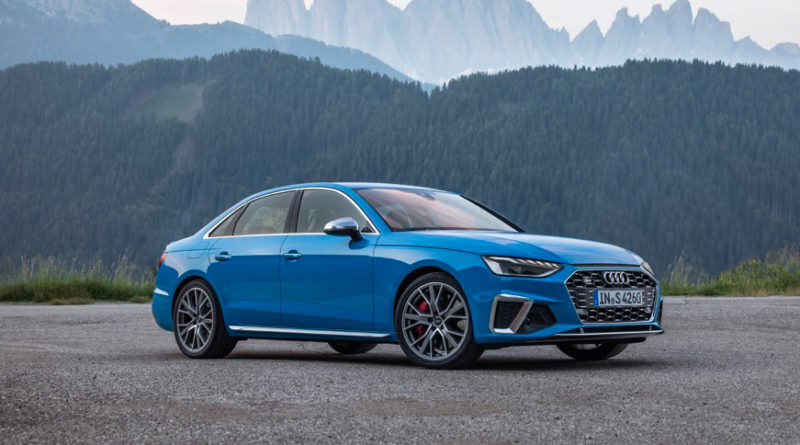 Diesel power is these days usually apt to have the social media political correctness mob reaching for the torches and pitchforks, and advancing on castle DERV.

Even more so when it’s a VW Group diesel engine, given that it was VW’s under-the-table dealing that kicked off the whole #DieselGate scandal. Audi itself has come in for flack recently, having to recall V6 turbo diesel engines built as recently as last year to have dodgy software removed from its data-banks. So the idea of Audi launching a new, V6, turbo-diesel, high-performance engine is, well, kinda going against the grain.

Guess what? Audi has just launched a new, V6, turbo-diesel, high-performance engine, for S models of the A6 and A4. We’ve driven it in S6 and have just stepped out of the new S4 after an invigorating blast across the often-vertical roads of the Italian Dolomites. Verdict on the new S4? You can find out more on our sister site, CompleteCar.ie, but the short version is that it’s smooth, agile, assured, and very, very quick.

So how is Audi still managing to extract serious high-performance from an unfashionable diesel, and keeping it (fingers crossed) on the right side of the emissions ? By using electricity, actually

The new S4 uses the latest V6 TDI 3.0-litre engine. That replaces the old, and much-loved, Bi-Turbo TDI V6. That engine used two turbos — one small, one big — to provide impressive power and torque across a broad swathe of engine speeds, and yet decent fuel economy too. With WLTP regs now in play, and real-world driving experience legislation (RDE) too, Audi wanted to find a way to have a new high-performance TDI engine, but one that could meet the new legislation.

The answer was to carry over the 48-volt mild-hybrid system from the vast SQ7. Not to operate an active anti-roll system (the low-slung S4 has no need for such complication) but to instead run an electric turbocharger to boost (pun) low-rpm engine response.

So, technically this is still a bi-turbo engine, in that it has two turbos, but technically it’s not. It’s actually much more complicated than that, as the electric turbo and a single, large, conventional, exhaust-gas-driven turbo (which mostly takes care of high-rpm power and torque) work more hand-in-hand. Instead of the small turbo handing over to the big one at a certain point in the rev range, it’s a bit more complex

How it all works

Basically, the big turbo is always spinning, driven as it is by the car’s exhaust gases. Being a big turbo, it takes a lot of heat and pressure in the exhaust to get it going fully, hence the old issue of turbo-lag. The smaller electric turbo is there to help speed up the air compression cycle, but it doesn’t just squirt air faster into the cylinders itself. Instead, it helps to speed up the air cycle already started by the bigger turbo, running the gas through a complex series of valves that incorporate a large intercooler, to chill and therefore thicken the air mixture, as well as both low-and-high pressure regenerated exhaust gas, which helps the engine hit its emissions marks.

Audi showed us a cutaway engine model which slowed down the process of spinning turbo vanes and valve actuation to clockwork speeds — spin, click, spin, clunk, spin, click, spin — but in reality the speed of the turbos is somewhat mind-boggling. That little electric turbo will go from off to 70,000rpm in less than one second.

The end of turbo lag?

The effect of all this high-tech is impressive. Audi’s claim of totally eliminating turbo lag doesn’t quite stack up — there’s still a brief pause before the engine gathers itself and really starts to deliver, albeit its a much shorter pause than you might be expecting — but once that electric turbo gets into its stride, performance is ribcage-crushing. With 700Nm of torque, the new S4 really shifts, and horizons suddenly appear much closer through the windscreen. Impressively, and because the ‘normal’ gas-driven turbo could be made much bigger, that performance doesn’t do the usual diesel thing of tailing off once you’ve passed the torque peak; it’s just. Keeps. Hauling.

More torque than the RS 4

In fact, that 700Nm torque figure is 100Nm ahead of the mighty RS 4 with its twin-turbo V6 petrol engine. OK, so the S4’s diesel doesn’t sound as good as that powerplant, but when suggested to some of Audi’s engine experts that, in real-world conditions, the S4 would be just as fast as the RS 4 in most cases, maybe even faster, there was a certain amount of shy smiling and looking at shoes. Which is a PR-friendly way of them saying ‘yes.’
So, more torque than and RS 4, but probably the guts of €30,000 cheaper (prices are TBC), and with the prospect of better than 6.5-litres per 100km on a long run. Can anyone find me a good reason not to buy a new S4? Other than diesel-phobia, of course?