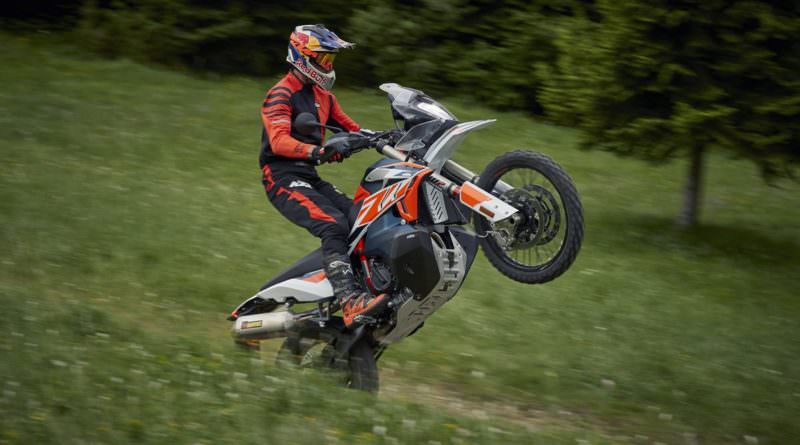 Not that we need much encouragement, but the new KTM 790 Adventure R Rally is tailor made for making you want to go off-roading everywhere.

We already have high levels of lust for the regular KTM 790 Adventure, but now the Austrians are planning to produce a limited-edition version with all of the best bits for trying some more extreme riding.

It will be called the 790 Adventure R Rally and just 500 units are going to be produced for the world, so if you want one you’d better start calling your local KTM dealer right away. This new version is essentially a 790 Adventure with all of the best bits that KTM could bolt onto it from its treasure trove of parts.

The bike uses the same steel trellis frame as the standard production bike, along with the 95hp LC8c parallel twin engine. What sets this bike apart is the suspension components.

Up front the forks are the WP XPLOR PRO 7458 items that provide an additional 30mm of travel  and use cone valve tech that allows for almost unlimited amounts of damping performance, blending comfort with bottoming resistance.

The rear also gets an extra 30mm of suspension travel thanks to a fully adjustable WP XPLOR PRO 6746 shock absorber. This unit is the result of WP working with KTM’s works team to produce a top-level unit for competition use. Greater damping performance thanks to its progressive damping system (PDS) helps to make life easier for the rider over longer periods of riding.

Other trick parts that feature as stock items on the 790 Adventure R Rally include a lighter Akrapovič exhaust and carbon fibre tank protectors. The bike’s bespoke graphic design distinguishes it further, as do the clear screen and winglets.

KTM also fits a Quickshifter+ on every one along with rims that are narrower and a higher racing saddle for better ergonomics to help when standing on the specific Rally footrests that provide added grip.

Hubert Trunkenpolz from KTM says: “Quite simply, we’ve built the KTM 790 ADVENTURE R RALLY because we can! At KTM we continually try to push ourselves and the development of our products – this is the ‘Ready to Race’ way. We have the equipment at our disposal and we know how to make a truly special bike for our hardcore customers. With its Pro Components range, WP offers suspension close to the same level used by the Dakar-winning Red Bull KTM Factory Racing Rally team on the KTM 450 Rally. The new KTM 790 Adventure R Rally is exactly as it says: A rally bike ready for any adventure.”

For now there’s no pricing available, but we expect it to command a decent premium over the regular 790 Adventure. More details will be announced by KTM later in the year.