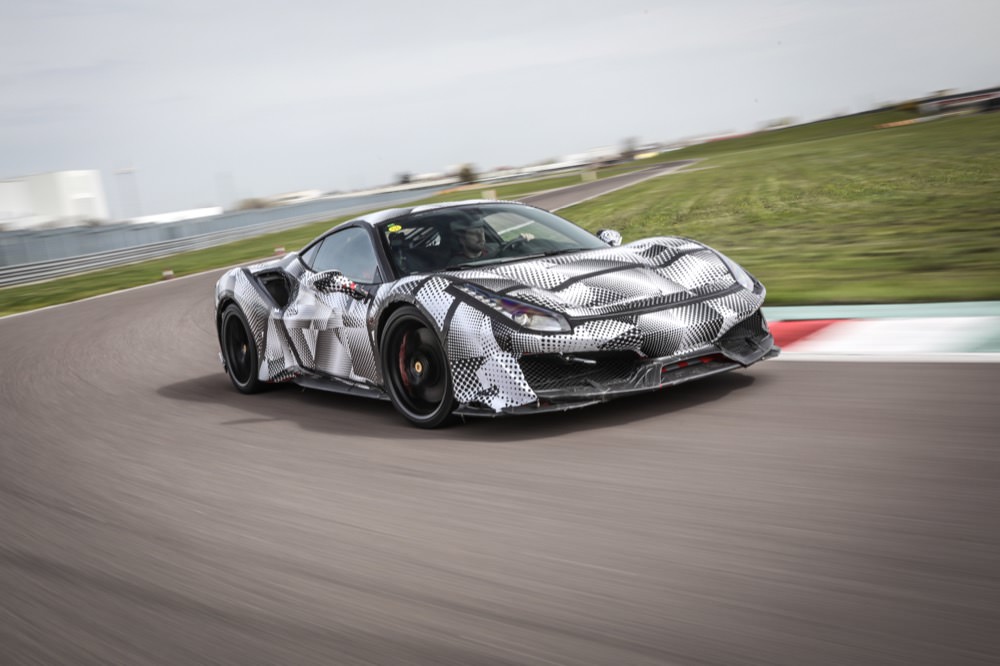 The Ferrari 488 Pista brings a more track-focussed package to its V8 supercar. We’ve been to Maranello to drive a pre-production prototype.

When it comes to heritage, few car makers can rival Ferrari. Over the decades some of the finest cars have passed through those factory gates in Maranello. Iconic names like the Daytona, 288 GTO, Testarossa, F40, F50, the list goes on. The 360 Challenge Stradale saw a new special series of cars based on the mid-engined V8s. These were lighter, sharper, more exclusive. The 430 Scuderia and 458 Speciale followed, and now with the transition to turbocharging comes the Pista. It’s the most powerful turbocharged V8 Ferrari has made, so it should be something special. 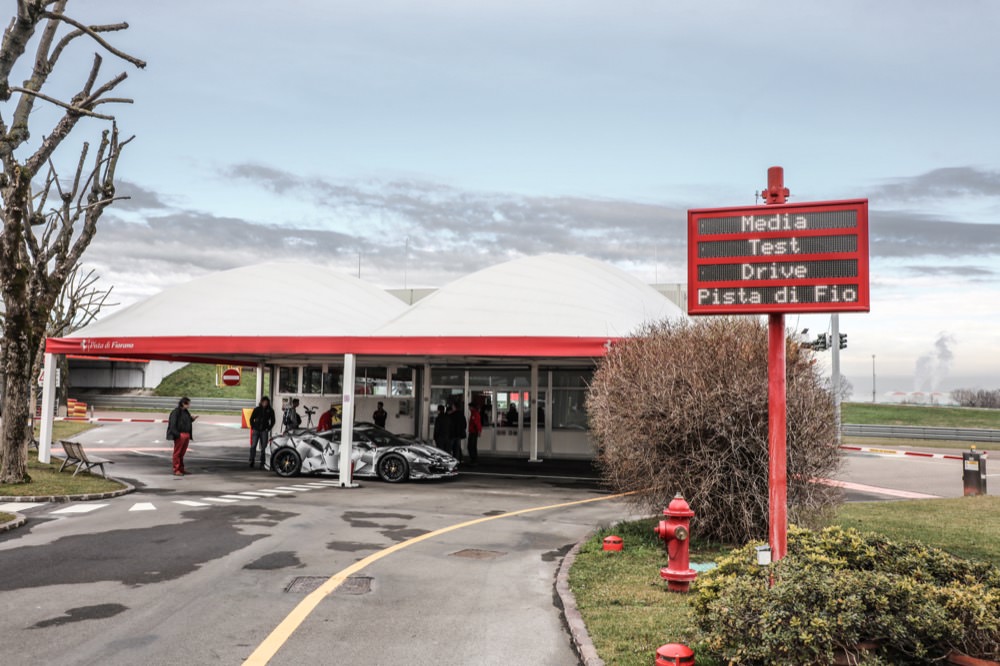 Readily identifiable from the 488 GTB by its aerodynamically optimised bodywork. In comparison to the rather blunt nose of the GTB, the Pista is almost shark-like. Larger intakes on either side sit beneath the S-Duct that feeds air in, and then over the bonnet. 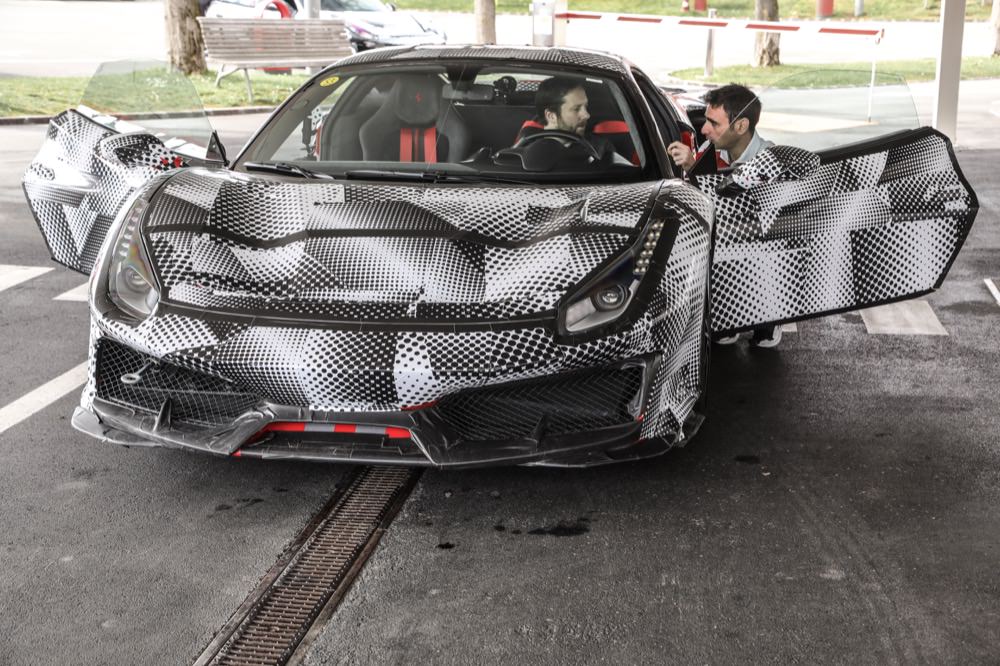 On the scales, the Pista weighs in 90kg less than the 488 GTB. Ferrari’s engineers have also been fanatical in finding ways to shave weight from the car. One points out that even the washer nozzle for the headlights was changed from a pop-out type to a smaller, lighter fixed one.

Extensive use of carbon fibre adds to the weight loss. It’s used throughout the bodywork, including the side intakes that now serve to feed to intercoolers. As an option, owners can also specify lighter carbon fibre wheels, helpful for reducing rotating mass while looking awesome at the same time. 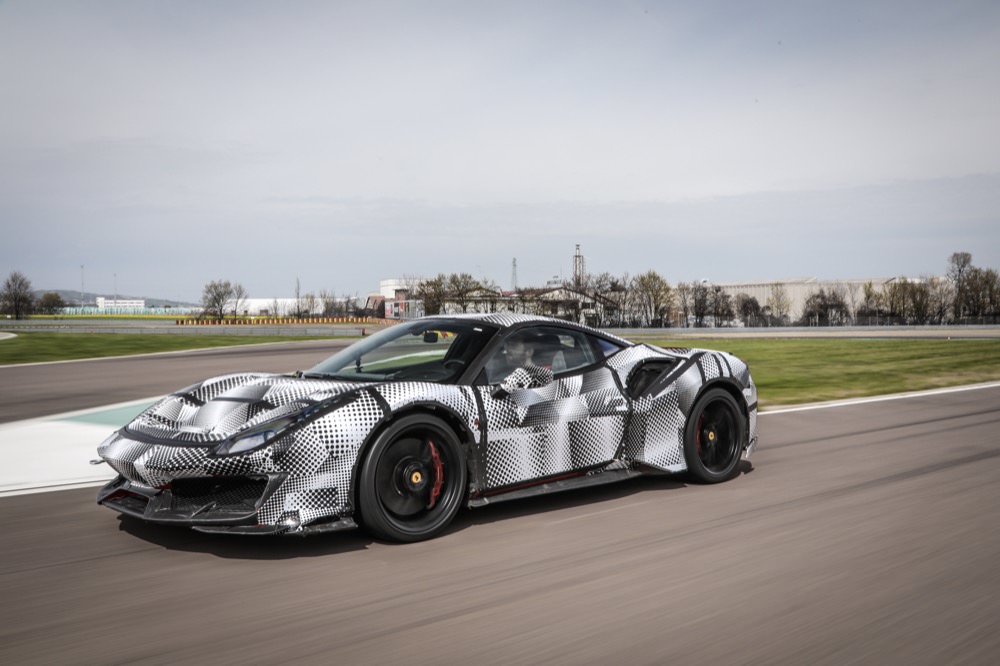 By far the most extensive changes occur aft of the bulkhead, where a new intake system feeds a thoroughly reworked engine that weighs 18kg less. Air is now drawn in ahead of the fixed rear spoiler, and this feeds into a new intake plenum with shorter runners. Inside the engine, titanium alloy conrods, a new crankshaft and a lighter flywheel that was developed in the 488 Challenge Series contribute to what is an 18kg drop in engine weight. A new Inconel exhaust helps boost the sound, too. 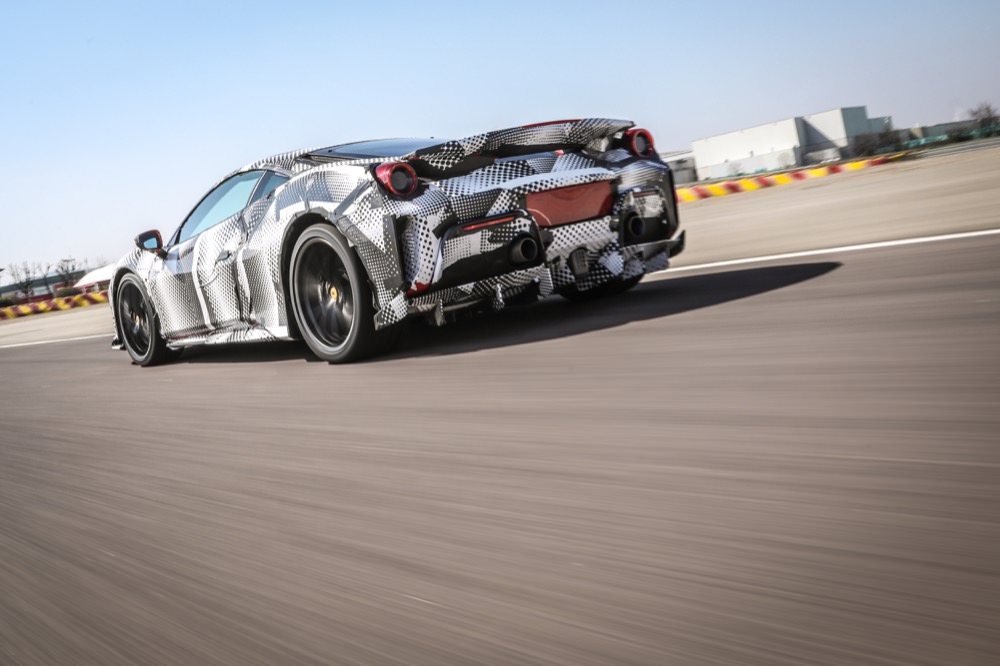 As Raffaele De Simone, Ferrari’s Chief Test Driver, explains, one of the key objectives of the Pista was to create a car that drivers of various skill levels could find equally rewarding. But it also had to be a car that could be civilised enough to make everyday driving a feasible prospect. 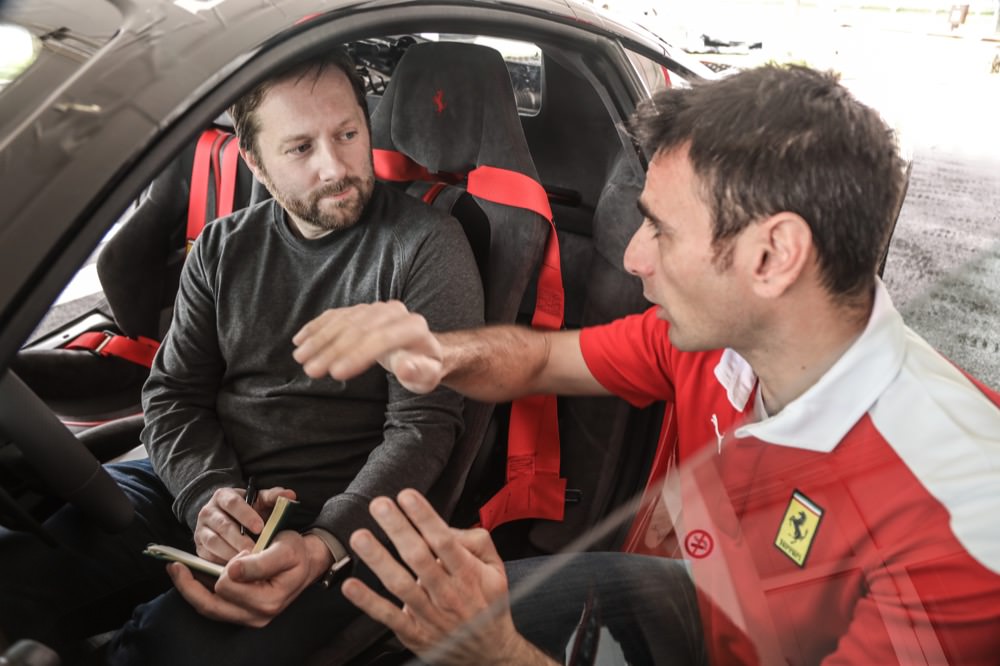 The cars we would drive are pre-production prototypes, so while some small interior details were still being worked on, dynamically they represent a vehicle that is 90- to 95 percent of how the production version of the 488 Pista will be. 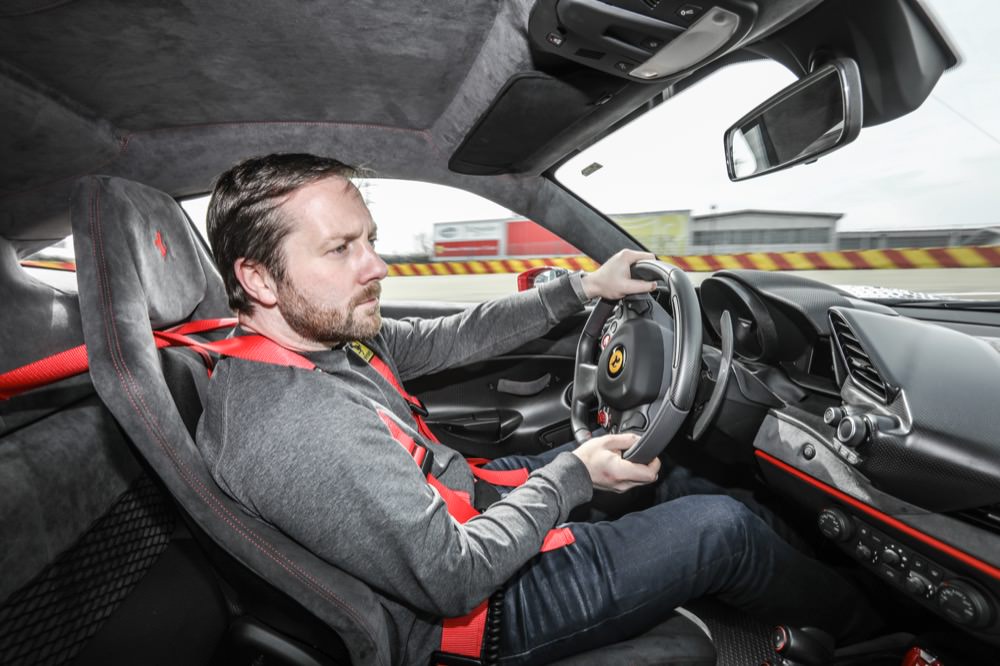 Slide into the Alcantara sports seat, do up the four-point harness and what sits ahead of you is an entirely driver-centric cockpit. Behind the steering wheel that is as complex in shape as it is the array of functions, lies the large yellow analogue tacho braced by high-definition screens. Thumb the red starter button at the 488 Pista’s  3.9-litre V8 spools into life.

From the moment this thing takes to the track it feels blisteringly fast. The responsiveness of the engine seems instantaneous with no perceptible lag from the turbochargers. In all, there’s 770Nm of torque shove you along, but this comes in steady increments, with the engine mapping its delivery for each gear, progressively giving you more with every upshift. 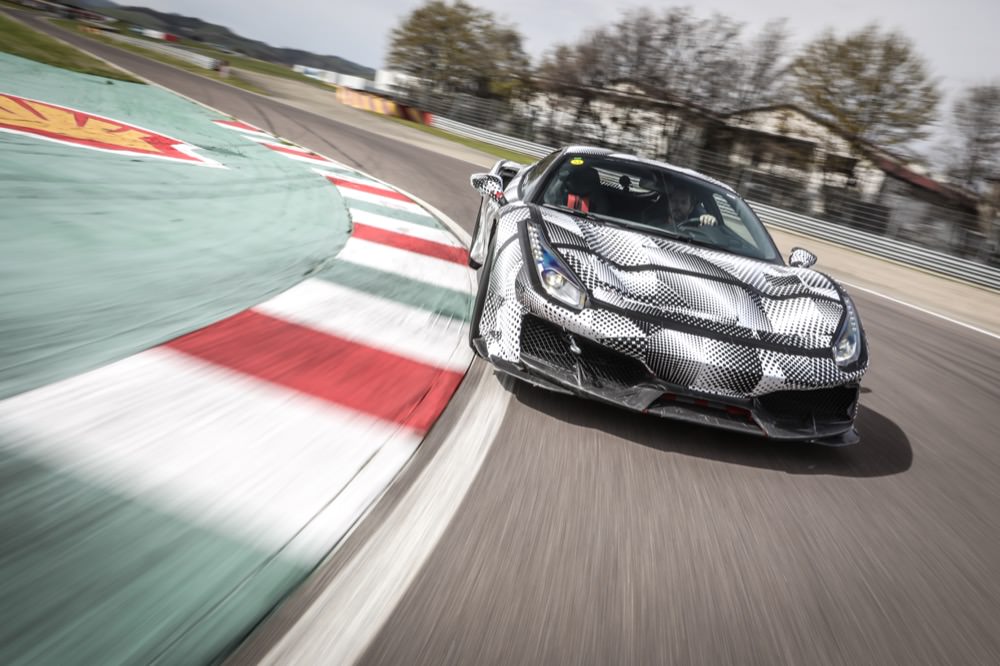 Through the faster corners, the Pista remains flat, almost urging you to prod the throttle pedal harder. While there are high levels of mechanical grip, Ferrari’s Side Slip Control is improved and lets drivers control oversteer moments with greater ease. The steering is razor sharp and reacts very well to inputs making it easy to place the car exactly where you want it on track. 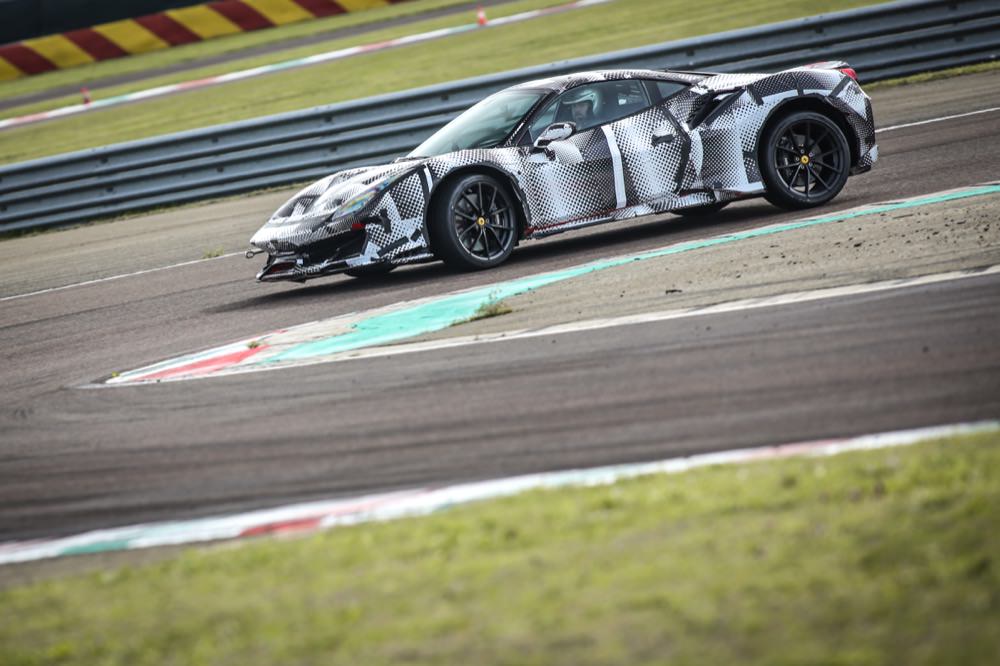 If the rate at which the Pista can rack up speed seems impressive, then the way in which is scrubs off speed into the braking zones is even better. Another intake from the 488 Challenge Series is the brake servo, to give the already enormous calipers a sharper bite.

It shouldn’t be all that surprising then to find that the 720hp supercar can blitz the track, but what about driving it in the real world? The broken pot-holed roads that wind through the hills surrounding Maranello is the last place that many would choose to bring a supercar, but it forms the ideal environment to see just how usable this car is. 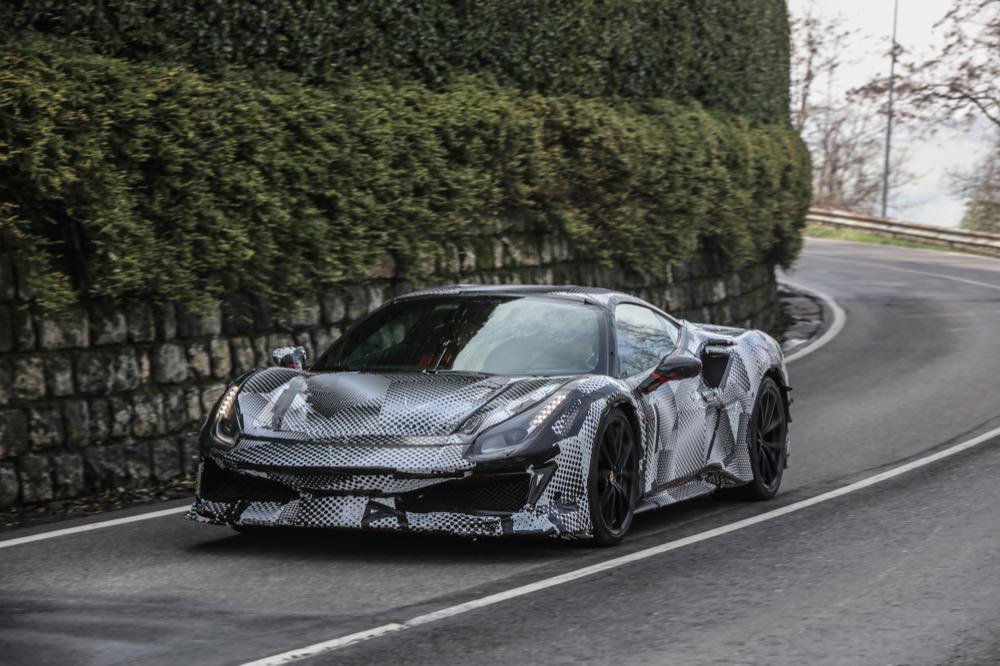 Straight away we select the bumpy road setting that brings some softness to the magnetorheological suspension. Driving the Pista in traffic shows just how docile it can be. With the transmission left in auto mode, it quickly flits up through the gears, keeping engine speeds and noise levels down, while swimming in all that torque. It is this type of scenario where any sluggishness from the turbochargers might be exposed, but there’s none. Roll on in any higher gear, and the engine is responsive on a level that would almost rival a naturally aspirated engine. If most people didn’t know it was turbocharged, they’d never guess. 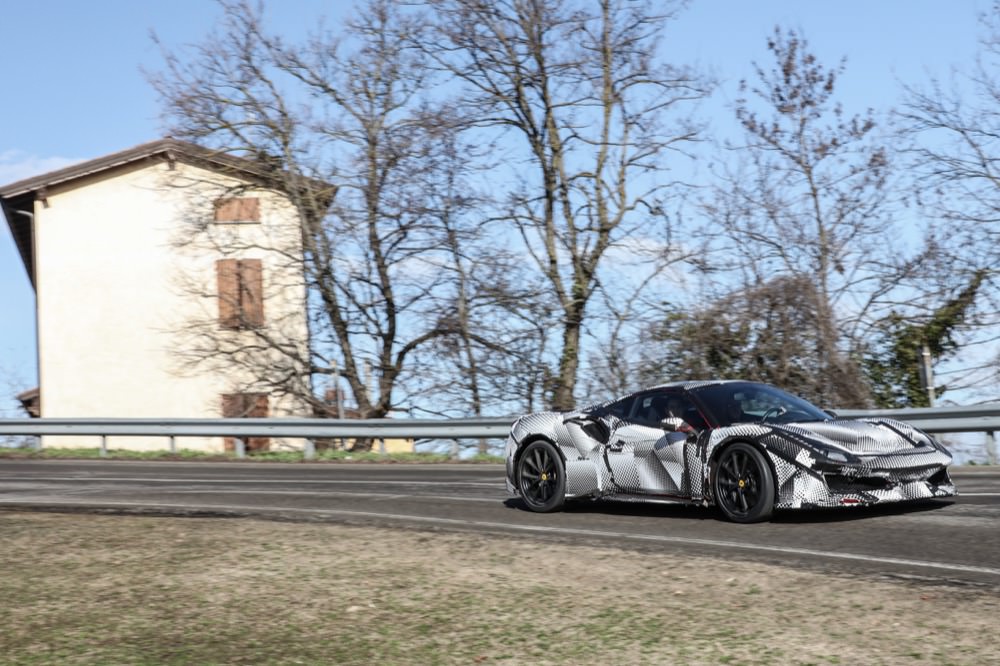 Playfully chasing a Lancia Fulvia along one of Modena’s twisting roads highlights how even though the 488 Pista may be deemed hardcore by many, it can also deliver as much driving pleasure doing the more straightforward stuff. Comfort is provided in (just) enough measure to make this a car that you would take the long way to whatever your destination was. 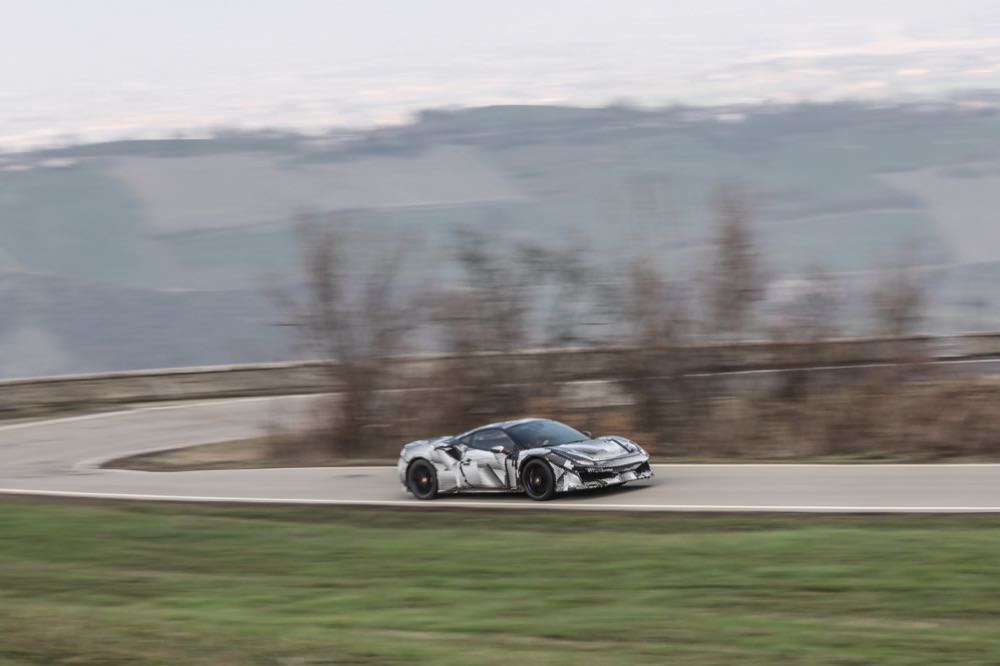 It is that combination of usability and outright performance that makes the Ferrari 488 Pista such a good package. You don’t have to be a vastly experienced track pilot to extract most of the performance on tap, but those who are will have a machine capable of mind-bending speed.