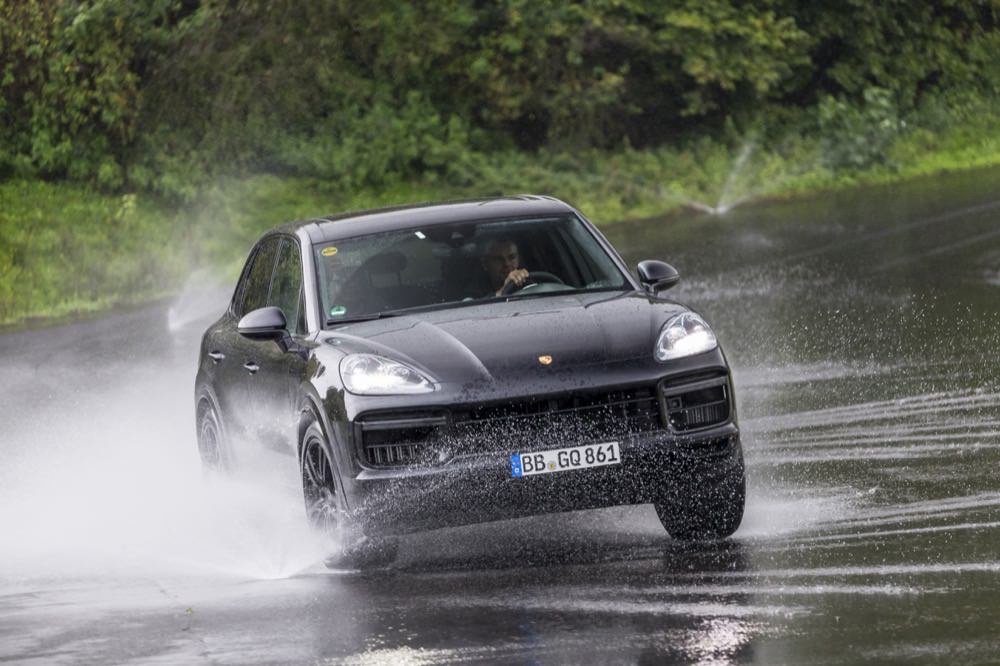 The new third-generation Porsche Cayenne is about to go on sale. It is one of the company’s most advanced cars to date and hopes to build on what has thus far been a considerable sales success. Porsche has sold more than 500,000 examples of the previous generation that ranged from a plug-in hybrid to a rapid Turbo S.  Now it’s time for a whole new Cayenne, and ahead of its launch, we’ve been for a passenger ride in some pre-production prototypes to see just how much has changed. Here are ten things you need to know about the new Porsche Cayenne. 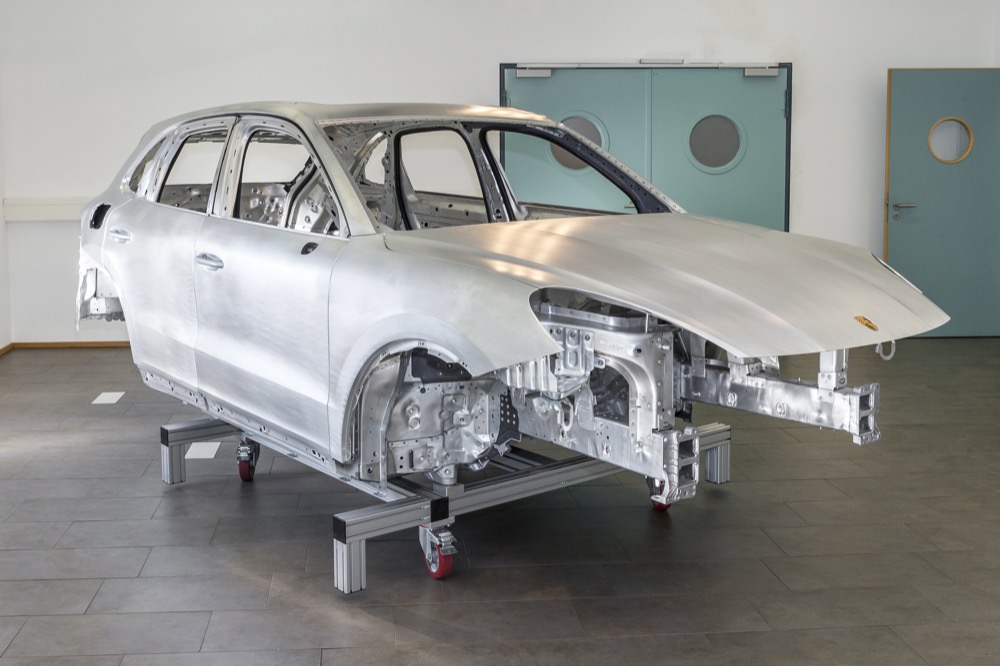 To help keep weight to a minimum the new Cayenne uses much more aluminium in its construction. Previously only the bonnet and tailgate used the material, but not it features on all the doors and the side panel, which is so complicated it took Porsche’s technical partner almost 14 months to make the tooling for this one part. The body in white is 35kg lighter, while paint accounts 10kg to the overall weight. Every single detail has been thought of during the production process. That small groove you see along the roof, where the side panel joins, is there not for style but due to the thermal expansion when the car is painted. During this process, the Cayenne is cooked at 180 degrees Celsius, which causes this join to expand making the roof rise by 12mm before then settling back when it cools. 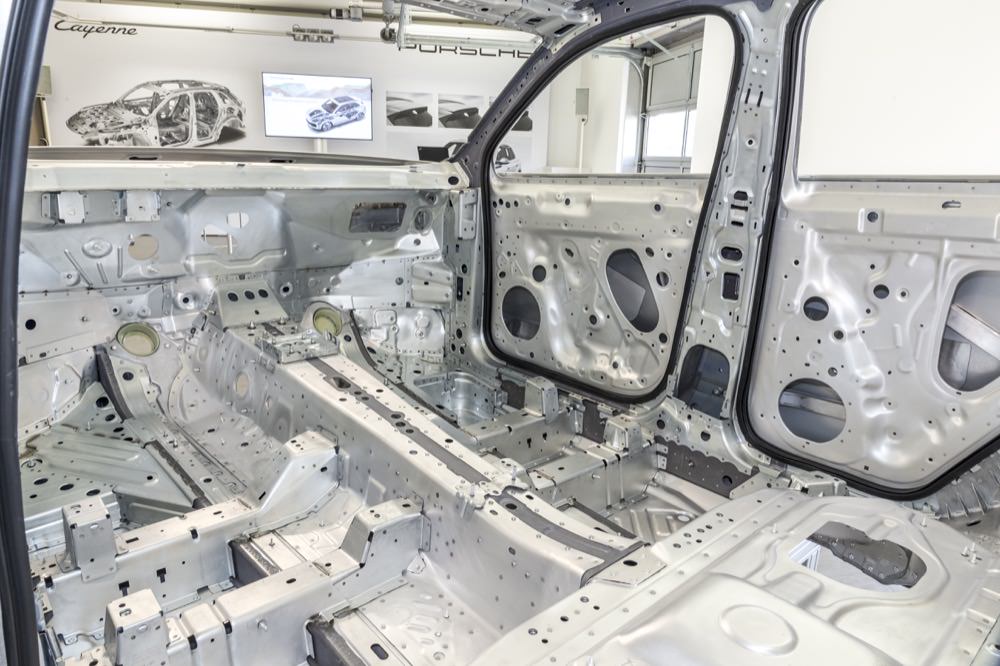 To build the body of the new Cayenne to increasingly high standards, Porsche uses an army of 680 robots. For some perspective, the last generation employed just 99 robots throughout its build process. The increased number of robots help keep the production line moving and work on making sure each of the Cayenne’s 6,800-plus joining points is perfect. 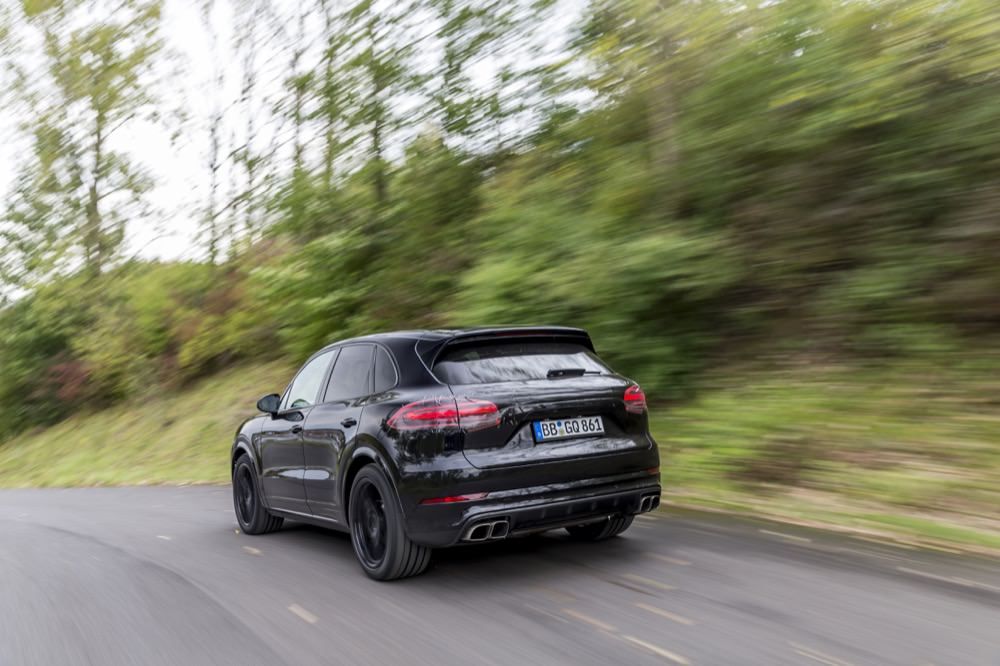 For the first time, Porsche will equip the Cayenne with mixed tyres. This setup will see the rear tyres increase in width by 25mm across the range with wheel sizes varying from 19- to 21-inches in diameter. Doing so improves grip levels, especially during more enthusiastic driving. To enhance the Cayenne’s handling, front tyres get a slightly stiffer sidewall, while the rears are marginally softer to enable greater traction. 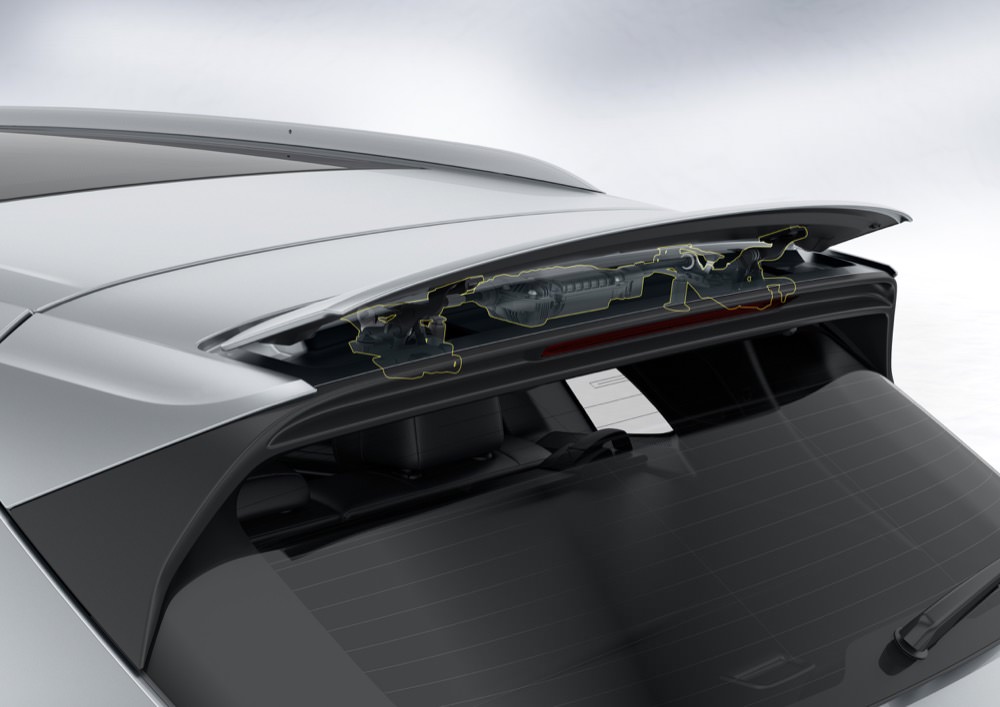 One of the features on the Cayenne Turbo is the introduction of Porsche Active Aerodynamics (PAA) to the SUV segment. At speeds above 160km/h, the roof spoiler tilts up by six degrees to increase downforce over the rear axle. Switching to Sport Plus mode, the spoiler increases its angle of attack to 12.6-degrees, helping to push those wider back tyres into the tarmac. If the panoramic sunroof is opened, the spoiler rises further to 19.9 degrees to compensate for any air turbulence. Porsche has also designed the spoiler to act as an air brake during heavy braking between 170- and 270km/h, and is capable of reducing braking distances by up to two metres from 250km/h.

It stays flat in the corners 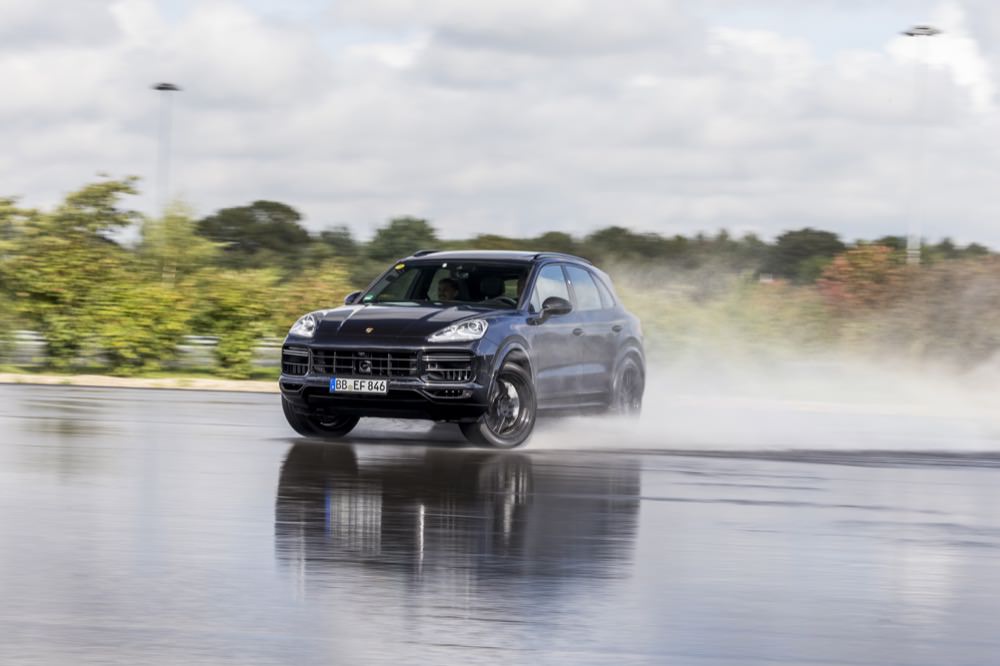 The Porsche Dynamic Chassis Control (PDCC) gets a boost by switching to electromechanical actuation. It does this with the help of a new 48-volt system that has the ability to adjust the torsional rigidity of the front and rear anti-roll bars in milliseconds. The result of which is the car’s capability almost to eliminate body roll when cornering. It can remain flat through lateral accelerations of up to 0.8 g, with two occupants on board. This feat is achieved by the motor rotating the two halves of the anti-roll bar in opposite directions to keep the Cayenne upright. Compared to the older electro-hydraulic actuation, this new system not only operates much faster but also reduces fuel consumption. 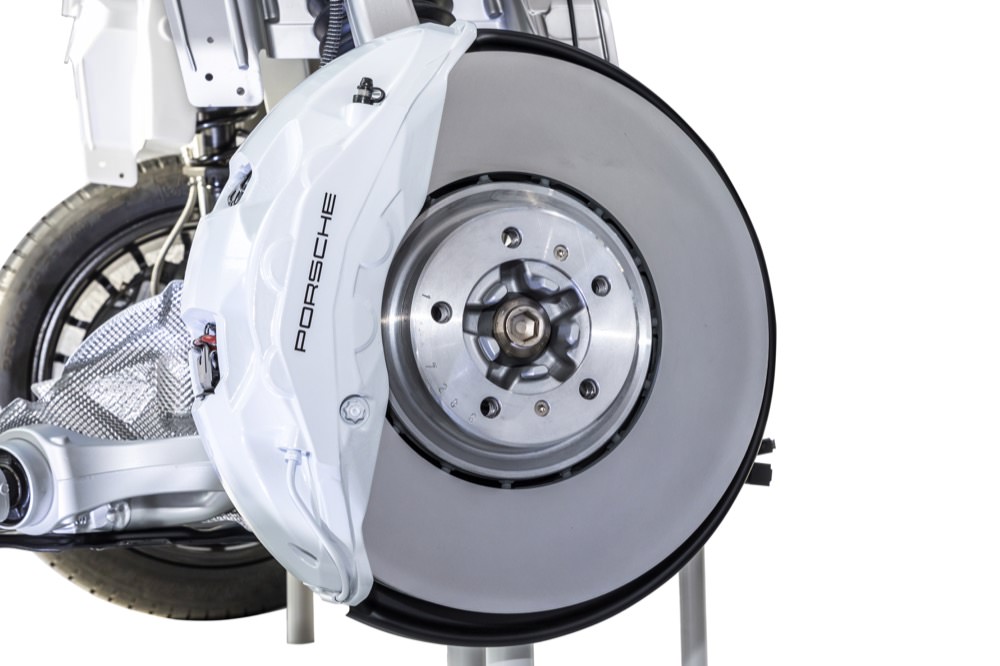 Also debuting on the new Cayenne is the Porsche Surface Coated Brake (PSCB), which has been developed to sit between the standard and carbon ceramic brakes. According to Porsche, the unique tungsten carbide coating on the surface of the disc can increase durability by 30 percent and reduces brake dust by almost 90 percent. The latter is why the calipers are painted in a distinctive white paint. Just as eye-catching is the finish of the disc, which after around 600 kilometres of normal driving develops a mirror-like finish that’s clear enough to see your reflection in it. 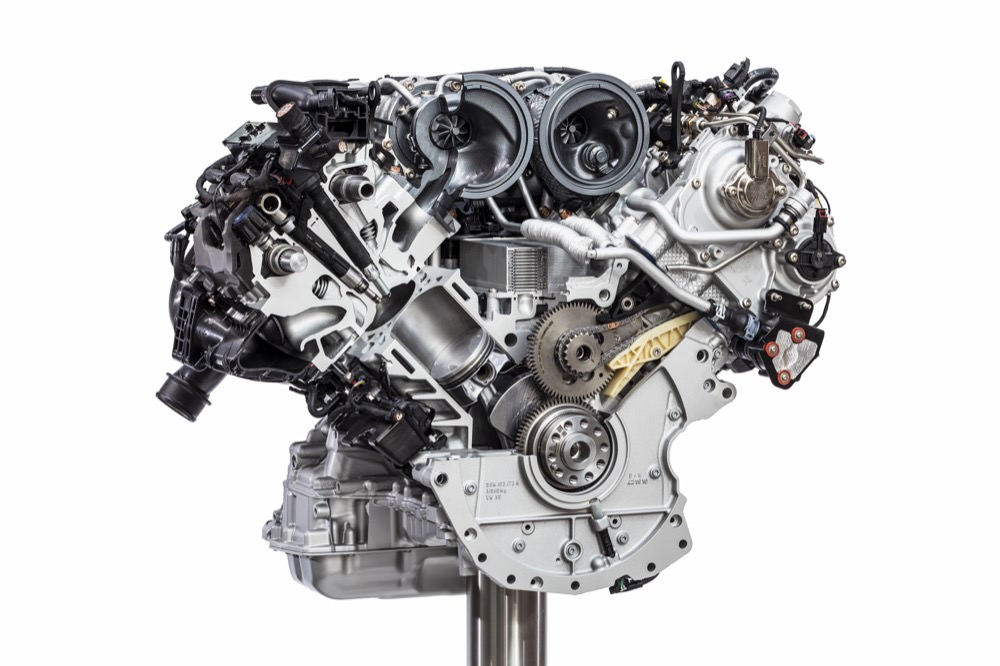 From launch, there is a choice of three engines in the new Porsche Cayenne. The standard model is powered by a three-litre turbocharged V6 petrol engine that produces 340hp and 450Nm of torque. The Cayenne S gets a slightly smaller 2.9-litre V6 that is twin-turbocharged. Both turbos sit in between the cylinder banks to create a what is referred to as a ‘hot vee’, and reduces the distance of the exhaust paths and add to a more compact design that also lowers the centre of gravity. This engine produces 440hp and 550Nm of torque.

The more powerful Cayenne Turbo gets a twin-turbocharged 4.0-litre V8 that churns out 550hp and 770Nm. Top speed is an impressive 286km/h but even more interesting is the acceleration. If the Cayenne Turbo is equipped with the optional Sport Chrono Package, it can break the 0-100km/h barrier in just 3.9 seconds.

It can go off-road 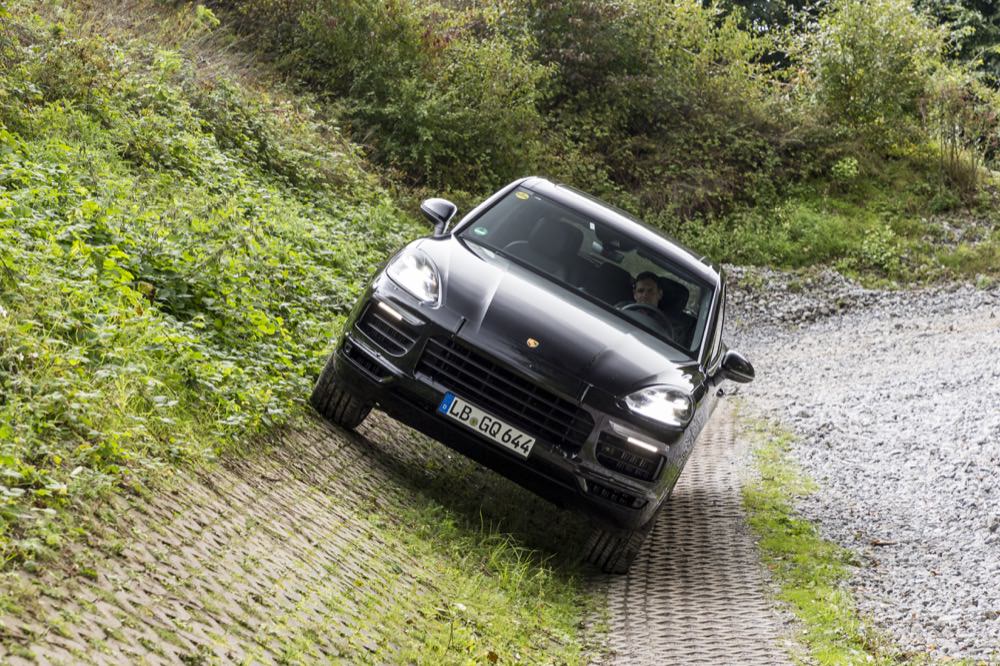 Despite its blistering performance on-road the Cayenne is still a competent machine off-road. It is one of the few SUVs that can tackle a 45-degree incline both side-on and from the front. Drivers can choose from a variety of terrains in which the car can be configured to take on. Its ability to climb up to 100 percent and wade through 500mm of water might not get tested on a daily basis, but it can do it.

You can see in the dark 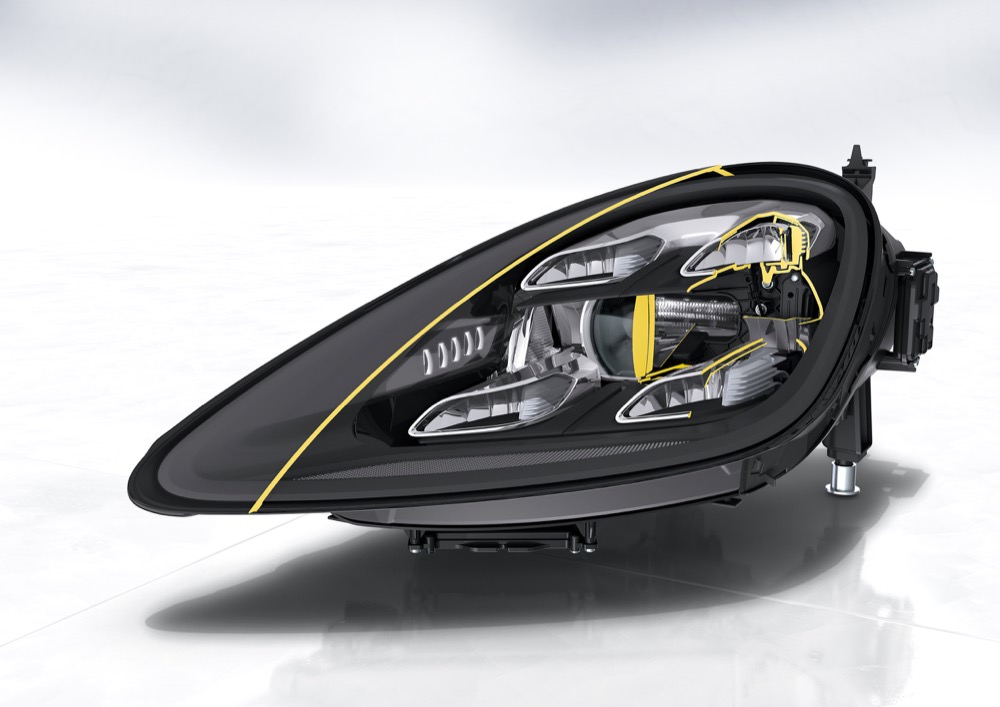 Porsche’s Night Vision Assist uses a thermal imaging camera to detect both people and animals when driving in the dark. It can read the road up to 300 metres ahead. The system can decipher different heat sources between a warm motorcycle engine, for example, and a small animal. The system then alerts the driver to this, and if the vehicle has the optional LED matrix headlights, these can shine a specific beam of light at the object as the car approaches to highlight it to the driver. 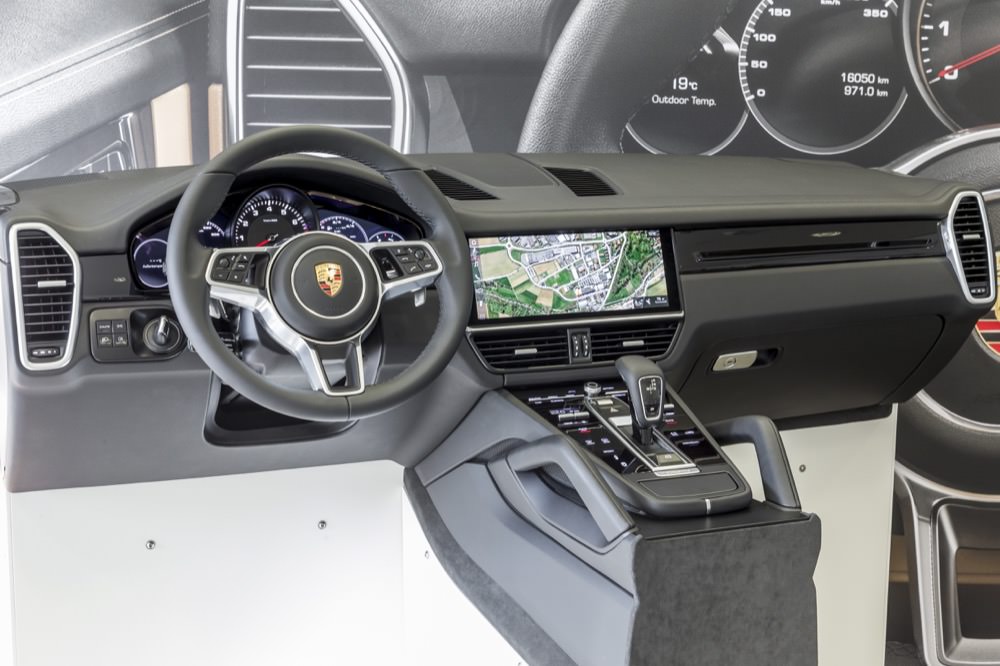 From the driver’s seat, you are met with an almost entirely digital dashboard display. Only the central tachometer is analogue, in true Porsche style. Two seven-inch display screens flank it on either side, and these are customisable by the driver. The centre console features a high-definition 12.3-inch colour touchscreen that handles all of the infotainment and navigation functions.

Still want to know more about the new Porsche Cayenne? Read our first taste of the car from the passenger seat in our feature drive here on CompleteCar.ie