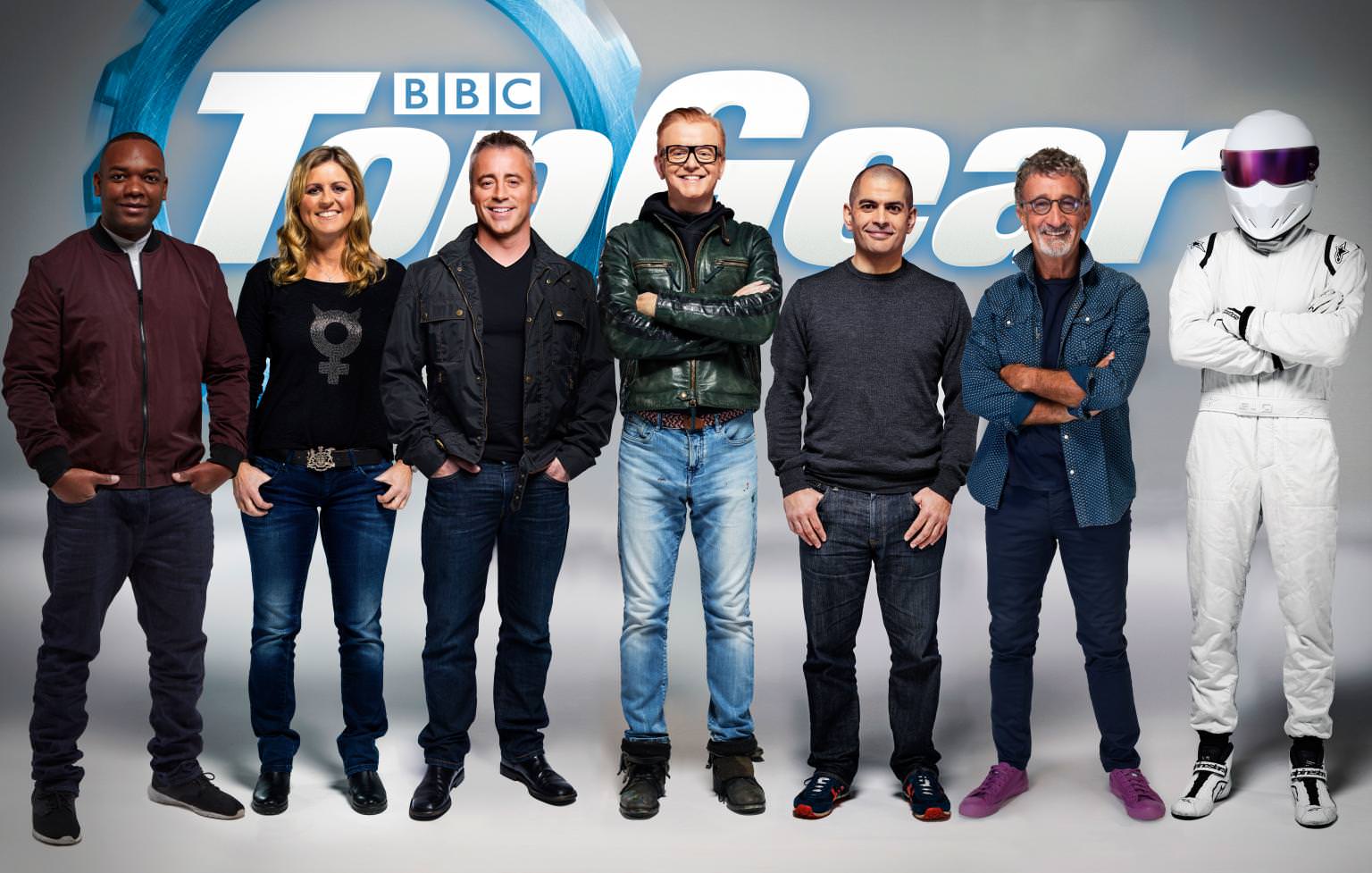 The BBC seems to be taking inspiration as much from Bernard Law Montgomery as from anything with four wheels for the new, re-invented Top Gear. Field Marshal Montgomery, Monty as he was better known, was a man wedded to a single, incontrovertible military tactic – have more men under your command than the other guy. Massed ranks, squadrons of planes, ranks of artillery pieces. More of everything equals victory. It’s a simple enough idea but it works.

Clearly this is the thinking behind the new lineup for the BBC’s Top Gear – revamped, re-invented and returning to our screens in May. Chris Evans we knew about, of course; the figurehead of the new show and probably the only man who can match the departed Jeremy Clarkson for sheer car nuttery.

Matt LeBlanc we knew about since last week – the star of Friends and Episodes, a well-known petrolhead, holder of the lap record at the Top Gear test track in Dunsfold, Surrey, and an amiable, laid-back presence which will counterpoint Evans’ more manic energy. He’ll play well in the key American market too – Top Gear has long been a big ratings grabber for BBC America, and with heavily hyped competition from Amazon Prime, and its series with the reconstituted team of Clarkson, James May and Richard Hammond, a big Hollywood name who can grab front-page headlines in the New York Times will do the new Top Gear no harm at all.

Neither Evans nor LeBlanc are exactly what you’d call motoring experts though. Enthusiasts, yes, but possibly lacking in the detail-obsessiveness of the true motoring hack. That’s why it’s rather pleasing to see that the rest of the Top Gear presenting roster, announced today, contains some proper motoring talent.

Chris Harris is a proper old-school road-tester, one time road test editor of Autocar magazine and has honed his presenting skills on YouTube channels such as /Drive and Chris Harris On Cars. He’s an impressively talented driver (a frequent racer at historic events too) and a talented writer – track down a copy of his Autocar piece on driving a convoy of Lamborghini Gallardos from Italy to London for proof.

Sabine Schmitz we know and, let’s face it, fell in love with years ago. The German blonde bomshell is a respected racing driver, one-time pliot of the BMW M5 ‘Nurburgring Taxi’ and grew up next to the legendary German race track. She drove a stock-standard Ford Transit van around the ‘Ring for Top Gear in the past, and has TV presenting experience on German television.

The addition of Eddie Jordan, the world’s most famous former Bank of Ireland employee, is a slightly odd one. Jordan is now something of a refugee from the BBC’s now-defunct Formula One coverage (which has moved to Channel 4) and it’s hard to see precisely what sort of items he’ll be covering. He does have contacts up the wazoo though – Bernie Ecclestone is a personal friend, and his knowledge of motor racing could potentially open up a new strand for the series.

Finally, there’s Rory Reid, already a presenter on BBC Radio 5 Live and one of those who submitted a 30sec audition tape to a public call for new presenters. He will likely be the show’s technology correspondent, as Top Gear starts to try to reach out beyond the ‘dinosaur’ audience of Clarkson-loving petrolheads.

The final piece of the puzzle is, of course, The Stig. Much-rumoured to be currently embodied by BTCC racer Gordon Sheddon, The Stig’s continuance with Top Gear marks the first victory for the BBC over the Clarkson team. Clarkson, and his producer and long-time friend Andy Wilman, had made a swoop for The Stig to be included in the still-un-named Amazon Prime show, citing the fact that they created the character back in 2002. The BBC laywers rebuffed the claim though, saying that all Top Gear trademarks and tropes were the property of the Corporation.

Clarkson, Hammond and May’s new Amazon show is set to make its online-onscreen debut in October, but BBC Top Gear will be back on the air much earlier than that, kicking off in May. Will the massed ranks of its new presenters be enough to see off the new-tech challenge of the Old Guard?