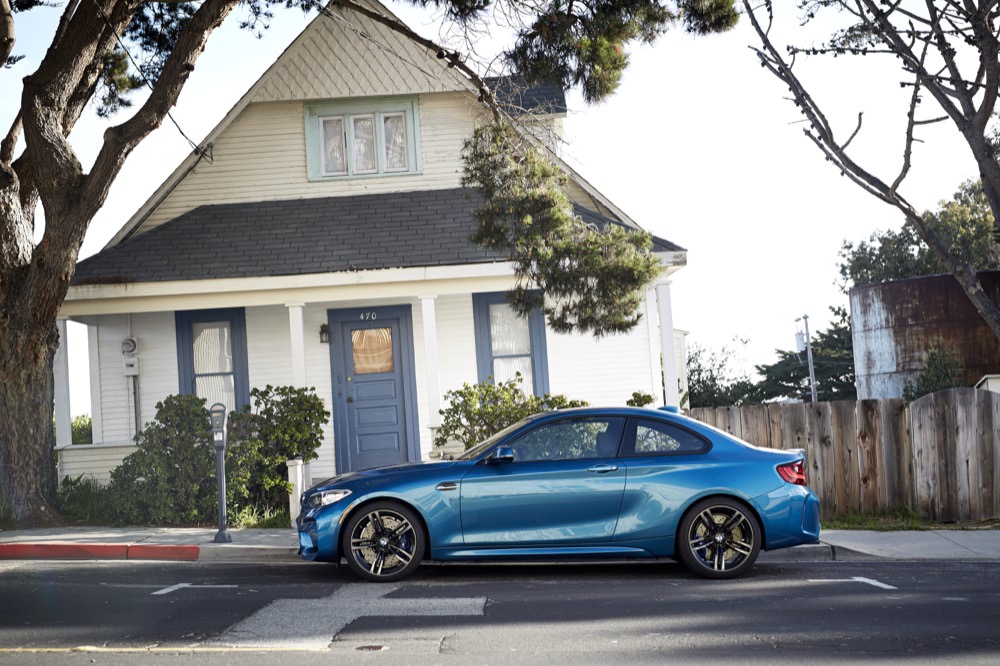 Before we get started, let me tell you now that I don’t have a definitive or exact answer to the question I’ve just posed, so the few hundred words that follow are basically going to be me thinking out loud with my fingers, so to speak. Feel free to derail my train of thought in the comments section.

So, the BMW M2. Since just after Christmas, I had known that the start of 2016 was going to contain at least two landmark launches of fast, fun cars – the Ford Focus RS and the BMW M2 Coupé. The Focus RS was a car I first drove expecting not to like it and came away hopelessly in love. I expected an ST with a bit more poke, but what I actually found was a PlayStation game with real wheels and a boot. It was utterly brilliant and enormously good fun and it set a significantly high bar for the BMW to follow. A BMW having to live up to the performance of a Ford? Yes. Madness, but there you go… 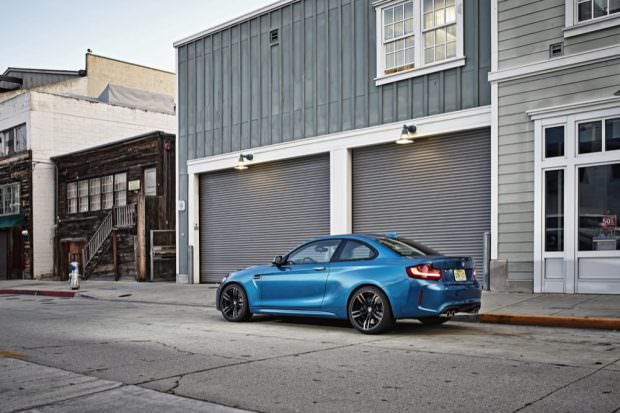 All the omens for the M2 were good though. Based heavily on the brilliant M235i, and following in the footsteps of the insanely fun 1 Series M Coupé, the M2 looks every inch the brilliant, bombastic BMW. From the gorgeous blue paint job that looks as if it was designed by Smurfs to the 370hp straight-six turbo engine, closely related to that used in the current M3, a car I adore.

Except it’s not that closely related and the niggle is in the engine code. The M3 and M4 use an engine internally designated as S55 – almost all M cars through the years have had an ‘S’ engine code. The M2 doesn’t. It uses an engine called the N55, clearly related to that M3/M4 engine, but N is the code BMW uses for its workaday engines, even its diesels. Already I was beginning to suspect that the M2 might have a mouth/trousers ratio issue. 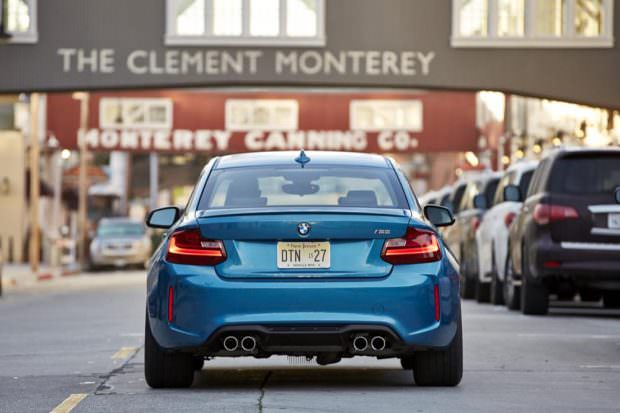 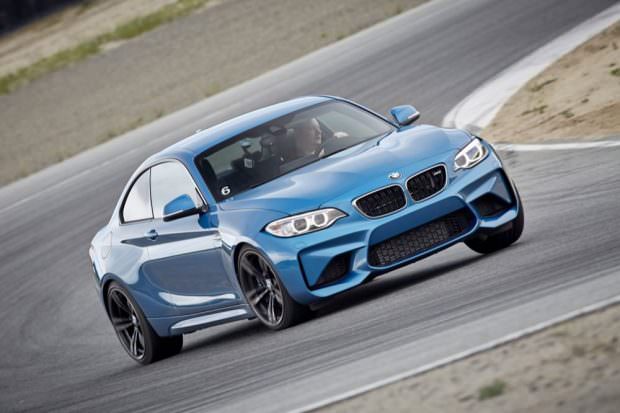 Except that it doesn’t. My first go in the car was on the daunting and delightful Laguna Seca race track in Monterey, California. It’s an amazing circuit, one with hints of Spa Francorchamps in the way it rises, falls and loops across the California countryside, and it should have been meat and potatoes to the M2. And up to a point it was. That engine may only have an N badge, but 370hp is 370hp and 0-100km/h in 4.3 seconds is serious performance.

And it makes some stunningly good, growly, snarly, snorty noises – like a bear desperately looking for a bottle of Exputex. But then you remember that some of that noise is artificially augmented by a computer-aided soundtrack playing through the stereo. Should that matter? No, but it just seems wrong to me for an M car to use such fakery. I hate the fact that the system is used in the M3 too and I actually can’t understand why. Listen to the M2 from the outside and it still sounds bloody marvellous.

Then there’s the handling. The steering is brilliant. A touch rubbery at times but full of feel and really quick and that shark-nosed front end digs deep into any apex at which you point it. The whole car feels agile and zippy. It’s amazing. 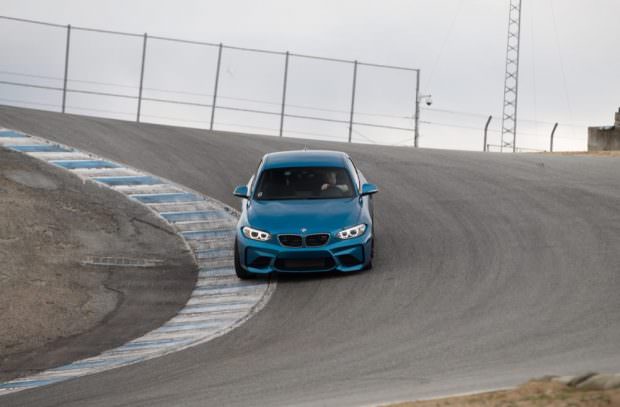 And yet I didn’t enjoy it on track. Part of that is down to the fact that Laguna is a fast, flowing track with lots of blind crests and not a huge amount of run off. Another part is that I’m a scaredy-cat coward who’s crap at driving on tracks. But part of it is that the M2 doesn’t fill you, at least not me, with confidence. The Focus RS, on track and on road, filled me with joyful confidence, made me feel as if it were working with me and would tolerate the ham of my fistedness. The M2 felt as if it would bite me very hard on the arse if I took but one liberty with it. Trying to take the crest just before Laguna’s Turn One flat, as our instructor for the day, BMW works sports car racer Augusto Farfus, was telling me to do, was just terrifying.

Other denizens of 50to70 – Dave, Kyle, and Shane – will be able to extract far more and far better from the M2 than I and will be able, to give you a better verdict. Mere mortal driver that I am, it just left me feeling a touch inadequate. I think a lot of it is down to the turbocharging. I’ve enjoyed its distant predecessor, the E92 M3 with its naturally aspirated V8 engine, far more on track, primarily because the power came in progressively and you had a little more time to think. The current M3 with a turbocharged engine also feels a little more progressive, to me, and I suspect that may be down to its slightly longer wheelbase. 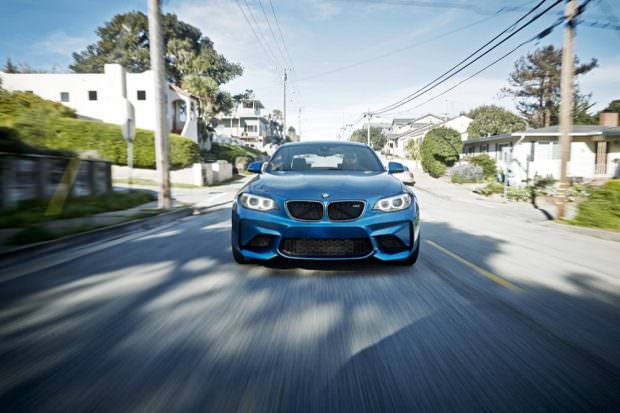 On the road it’s much better – more biddable and just generally more fun, although I have to add the caveat that it always and unendingly feels as if its lofty standards, its peaks of brilliance, are out of reach. Again, the Focus RS provides some stark relief. I’ve no doubt that a truly talented driver could get more and faster performance out of the M2, but the RS’ lower limits have a fuzzier and more cuddly event horizon for those of my limited skill set.

Actually, the M2’s interior is, I think, one of its strongest points, even though in other circles this is the area where it has come in for most criticism. Is it a little plain? Yes, and the ‘open pore’ carbon weave trim does look a little Carnoisseur Catalogue, but the seats are brilliant, the driving position perfect and the dark-grey instruments gorgeous in their subtlety. The manual gearbox is also fantastic and, contrarily given my stance on too-much-M-car-tech, I love the heel-and-toe rev-matching function that gives you a distant overrun parp on fast down-changes. 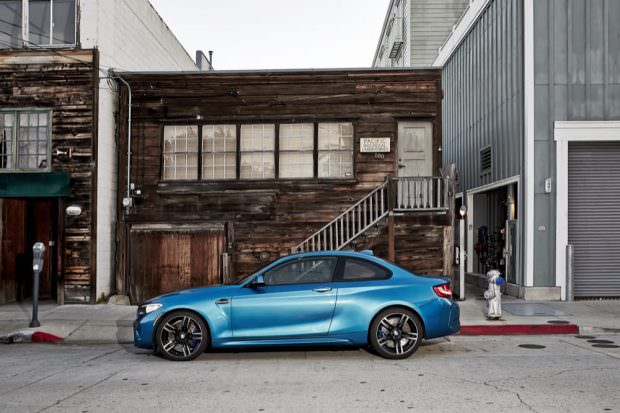 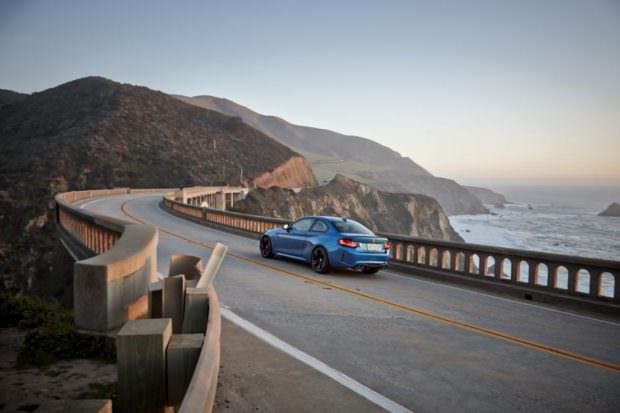 Theoretically, the M2 has all the ingredients to be one of the most perfect and brilliant cars you’ve ever driven, and it deploys and serves those ingredients with aplomb and élan. And yet I just feel as if I didn’t enjoy it properly. At least 90 per cent of that is down to me being me and not having the requisite helmsman-ship to properly unlock its potential, but I think there are other things at play here too. Not least of which is, have we reached saturation point for fast German cars with lofty limits and prodigious power?

If you’d like more, read the CompleteCar.ie review of the new BMW M2.