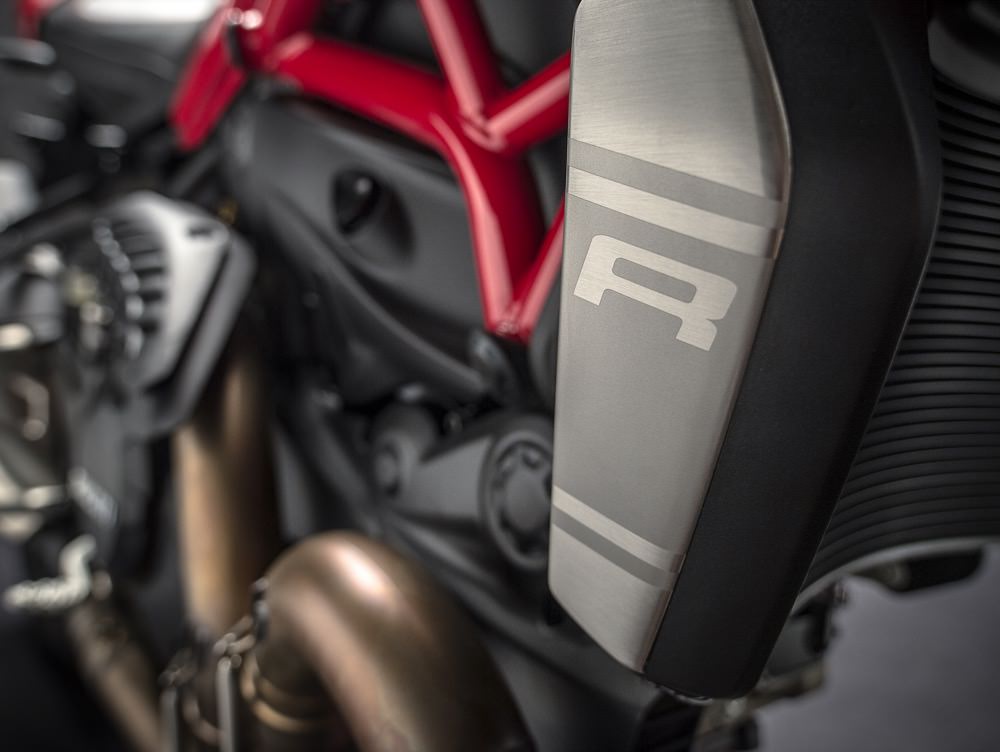 Ducati has released a teaser image of its new Monster 1200R, which is due to make its official  debut during the Volkswagen Group Night event ahead of the Frankfurt Motor Show. Claimed to be the most powerful naked Ducati ever produced, the new Monster 1200R is expected to also receive some chassis revisions to help give it some improved handling. 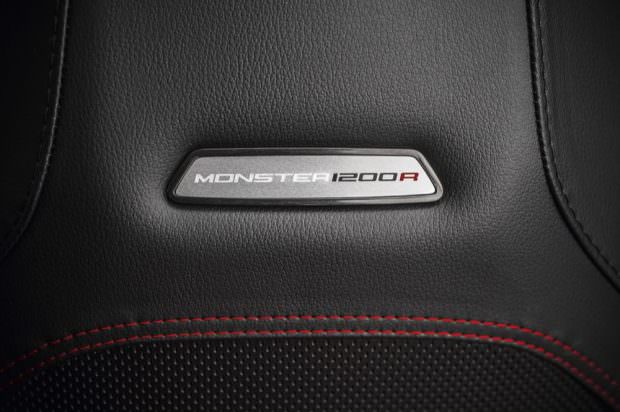 So far we’ve only seen a close-up image of the radiator surround that features a brushed aluminium ‘R’ logo and a Monster 1200R badge on the bike’s partially perforated leather seat. The Monster R is expected to see a power hike over the 1200S, which currently produces 142hp. Further benefitting performance is the likely presence of more exotic and lightweight materials in the wheels and exhaust systems.