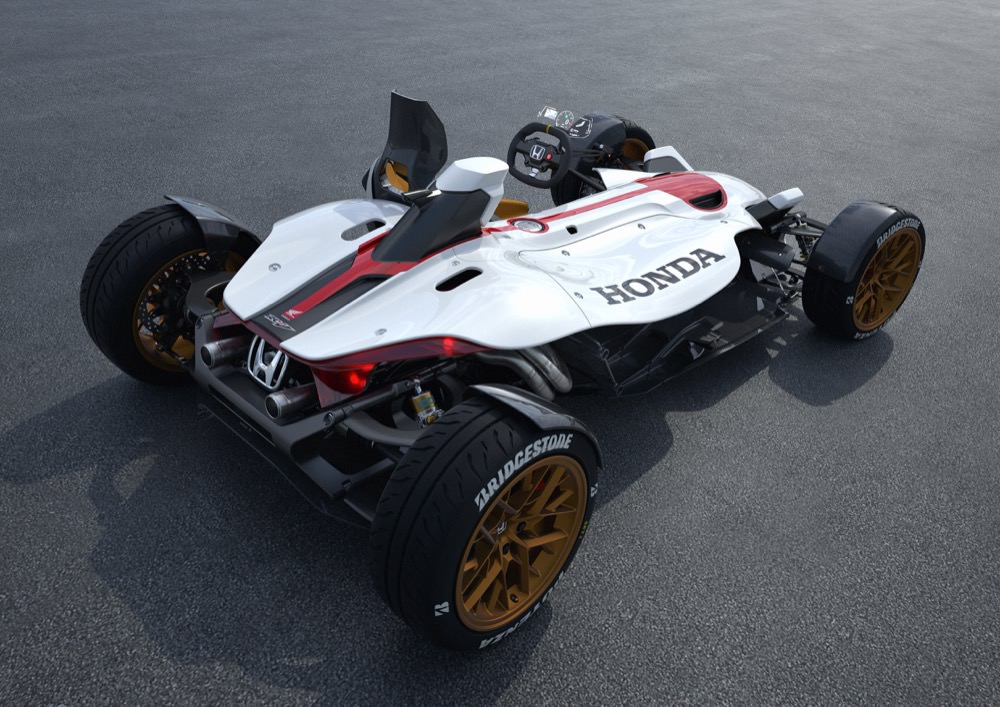 Honda has lifted the lid on its Project 2&4 that will makes its public debut at the Frankfurt Motor Show. Tongues were set wagging weeks ago when a vague teaser image accompanied the initial press release but little else was known at the time. 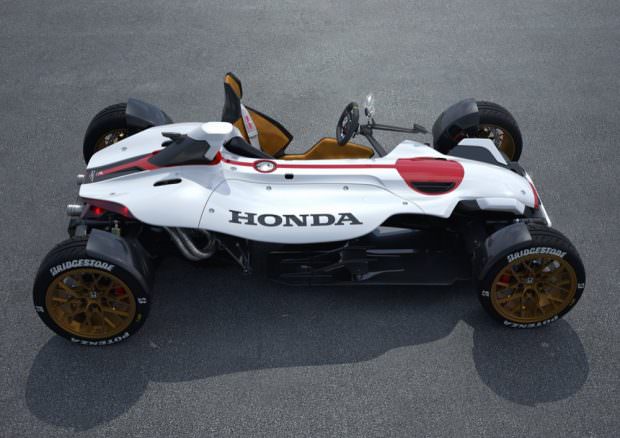 Project 2&4 combines design and engineering expertise from the world of two- and four-wheels, with power for this single-seater road-going pod racer coming from the recently released Honda RC213V. The 999cc V4 engine produces in excess of 215hp and close to 120Nm of torque and has a 14,000rpm redline. 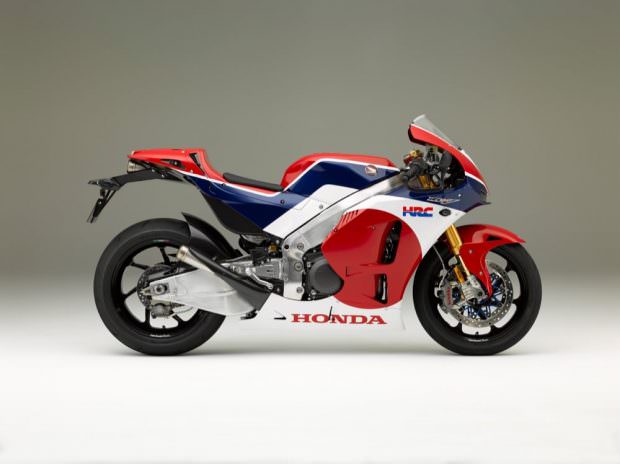 Before you go getting too excited about it you need to know that it has been created as part of an in-house Global Design Project competition, so you might not see one pulling up outside your local Starbucks anytime soon. That said, even if it was, would you fancy driving one. Or should that be riding one? Either way you’ll be ‘floating’ behind the front wheel, strapped into a racing seat  and holding onto a steering wheel that isn’t connected to a conventional rack. 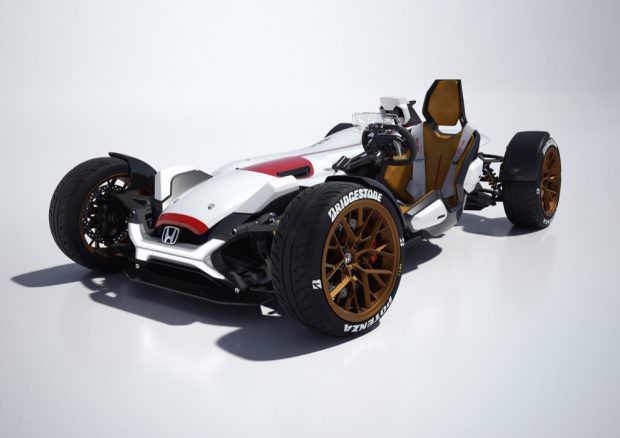 All of the technical details have yet to be revealed but it appears to use a drive-by-wire system with gear changes done by paddle shifters mounted behind the steering wheel. Above it a clear dashboard seems to use a projector system to display the relevant information onto the screen. This looks likely to include a rear view feed from the camera mounted onto the back of the airbox structure since there aren’t any mirrors fitted to the car. 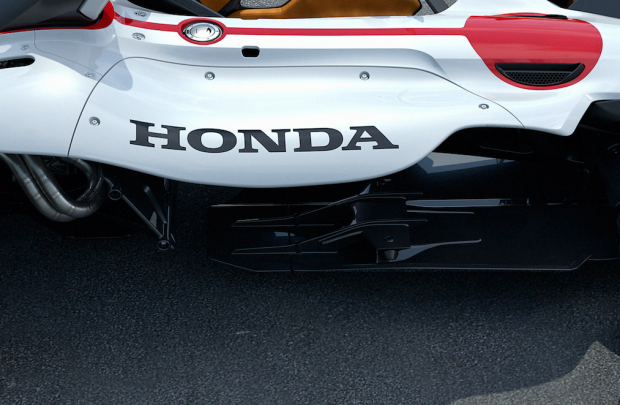 Although the Project 2&4 is shown with just the one seat, the presence of four fasteners around the Honda branded panel suggest that this can be removed and fitted with a passenger seat. Looking underneath at the car’s floor certainly looks to have the right mounting points for another bucket seat. The combination of extreme minimalism and exotic materials means that the Honda Project 2&4 tips the scales at just 405kg. Its compact too at just 3,040 mm in length and 1,820mm in width.