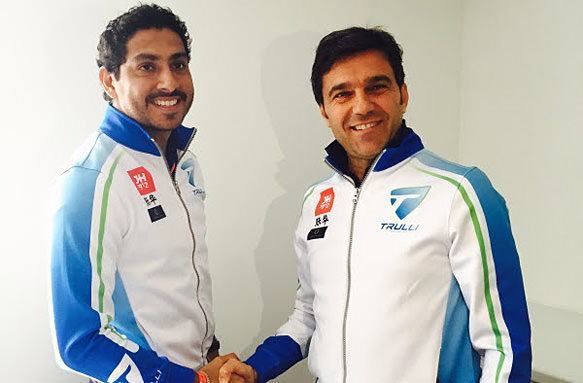 Trulli Formula E has announced the signing of Salvador Duran for the 2015/2016 Formula E season. The Mexican driver raced for Amlin Aguri team last season, notching up a total of 13 championship points. He stepped into the team at the third round in Punta del Este in Uruguay.

“I’m very happy to join the Trulli team and I’m super excited about the new season and Trulli’s new powertrain Motomatica JT-01. I’m hoping that we can be contending for the front positions”, said Duran following the announcement.

Team Principal, Lucio Cavuto, added: “We are very happy to have Salvador on board. He’s a driver that we were looking at last year, and we have been very impressed with his improvements during the championship. We are very glad that he trusts us despite two difficult tests. But once once we introduced  to our project and he saw how hard we’re working and that our project is very ambitious. We really look forward to having him in our car and in the team and the fact that he knows the category will give him a lot.