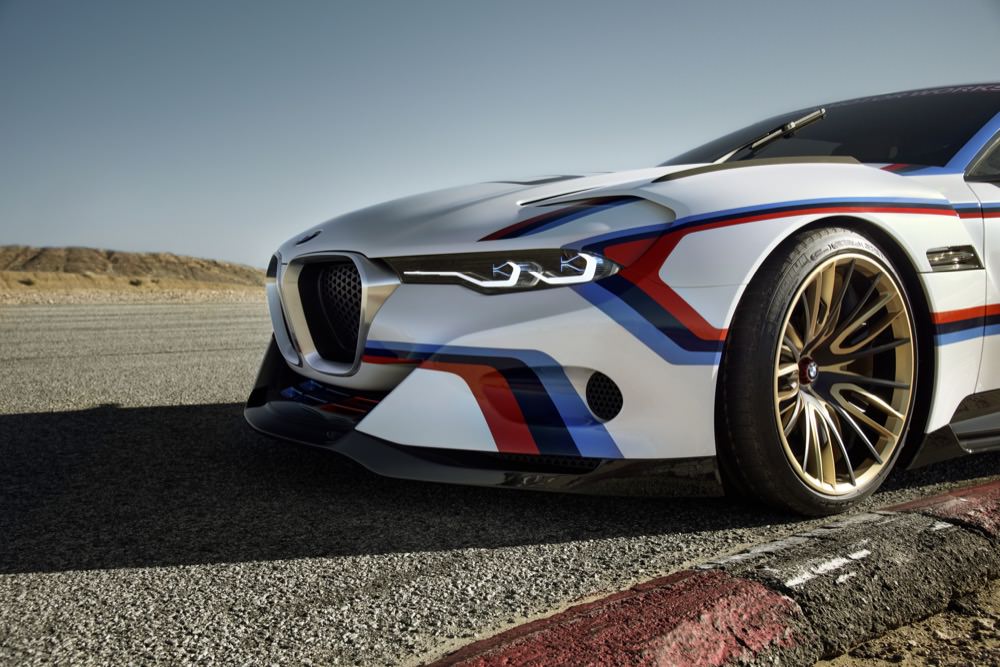 If the crowds at this year’s Villa d’Este Concorso d’Eelganza thought that BMW’s surprise 3.0 CSL Hommage show car was impressive those at Pebble Beach Concours must have been blown away by the 3.0 CSL Hommage R. Effectively a version 2.0, the concept took on a radically different look thanks to its deep dish 21-inch gold and black wheels and new livery incorporating the BMW Motorsport colours. 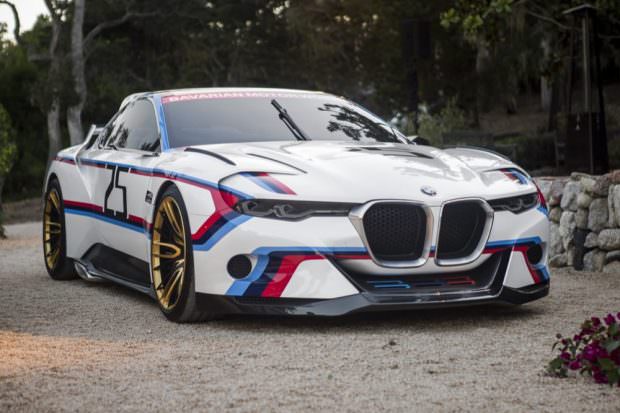 Physically the exterior still has those gorgeous wide arches that have a very sculpted look to them. Front on the car wears a new interpretation of BMW’s signature kidney grilles that are set lower and have more height than what we would normally see. Making these look even larger are some very slender headlight units, themselves full of detail. A daytime running light signature gives the familiar BMW style a more hexagonal look and inside these is a blue-lit ‘X’ motif acting as a hat tip to the taped headlights that appeared on the original IMSA race car. 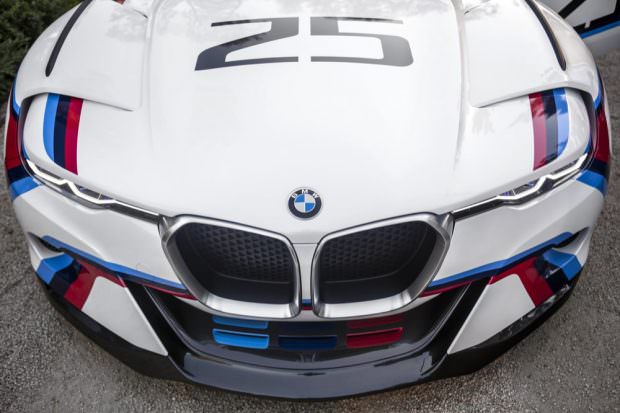 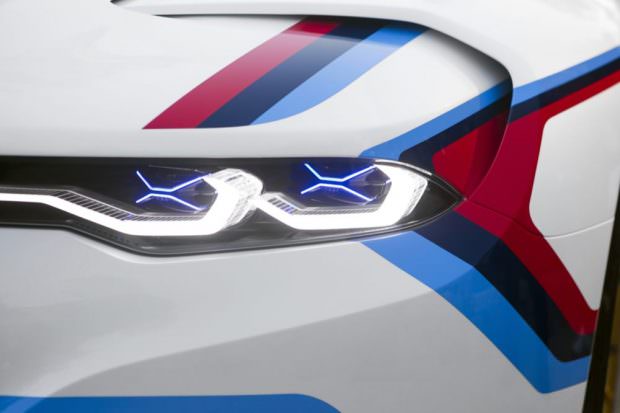 The rear wing flows directly from the rear haunches that have a cut in them to help channel air flow towards the rear of the car. From behind the rear lights form an integral part of the design as they form part of the rear wing. It’s a very cool piece of design but we can’t see this translating into any of BMW’s road cars anytime soon.

Inside, the 3.0 CSL Hommage R is just as incredible to behold as its exterior. Like a modern day race car the cabin is a very minimalist affair that puts the driver in an integral position. The two seats are made from a carbon fibre shell that extends rearwards to join with the car’s monocoque to form a more rigid structure. The roll cage is also constructed from carbon fibre and is integrated into the structure of the car’s roof. Behind the seats there is a small area for storing the helmet when not in use. Safety equipment such as the outlet nozzles for the fire extinguisher foam, the extinguisher itself, and the switchgear for the engine shut off are anodised red to stand out. 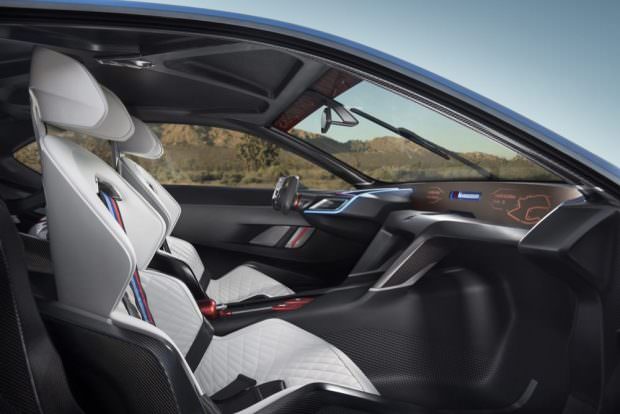 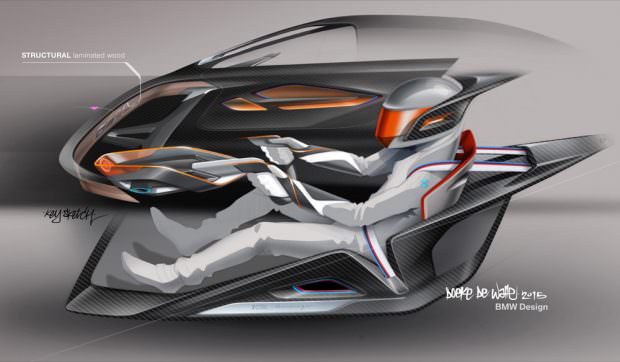 The traditional dashboard has been eschewed in order for BMW to demonstrate its ultra driver-centric setup. Gone too is the traditional steering wheel, which has been replaced with something more akin to a modern-day Formula One wheel. On top of the steering column is a small instrument display that relays only the key information to the driver. 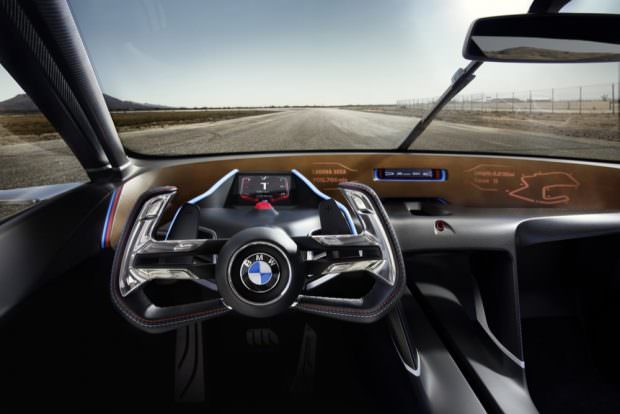 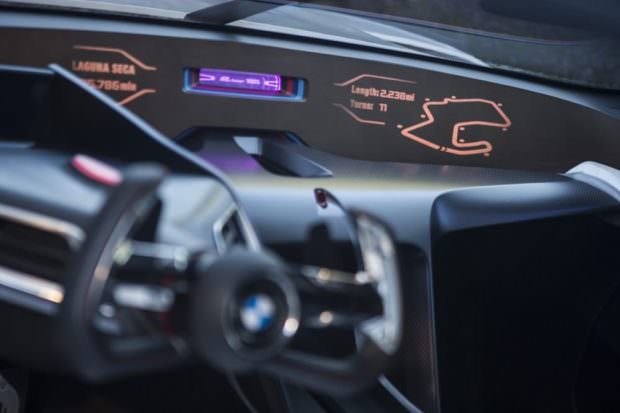 Like the original 3.0 CSL, there is a wood strip across the front dashboard that in this instance also acts as a cross-member. The wood panel also has information illuminated through it, showing in these images the famous Laguna Seca circuit, where the original BMW 3.0 CSL claimed victory in May 1975 and displaying the track layout and braking points. One additional feature of this minimalist dashboard is the eBoost charging display that relays information concerning what indicates a hybrid power system.

Continuing its motorsport theme, BMW partnered with Puma to design a new type of driver race suit that highlights the connection between the car and driver. This features a seamless stretch panel around the hips and waist to give the driver improved comfort when strapped into the quilted white race seats of the Hommage R. The racing shoes utilise Puma’s Disc fastening system and are the lightest shoes the company has ever created. 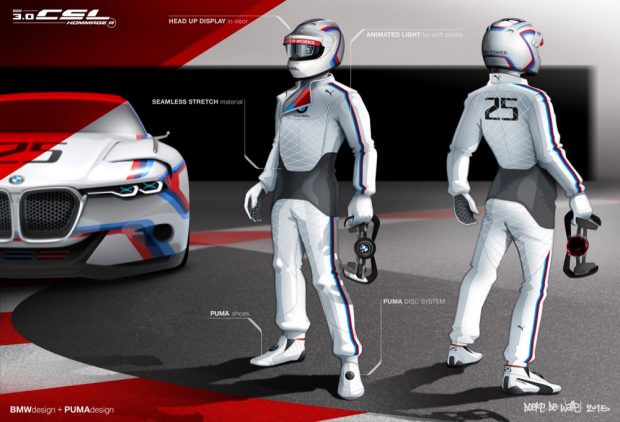 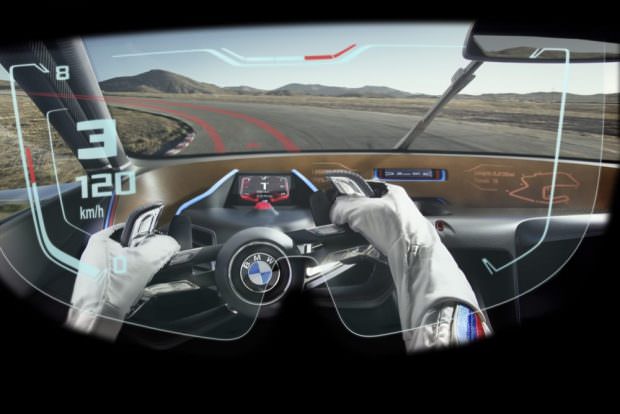 The helmet features a head-up display integrated into the visor and can project situation-based information such as speed, gear and engine speed directly into the driver’s peripheral vision enabling them to keep their eyes on the road or track at all times. When the driver grips the steering wheel with both hands illuminated piping along the sleeves of the race suit show the flow of information between the driver and car, for example the shift impulse display travels from the steering column up along the driver’s arms and into the visor. 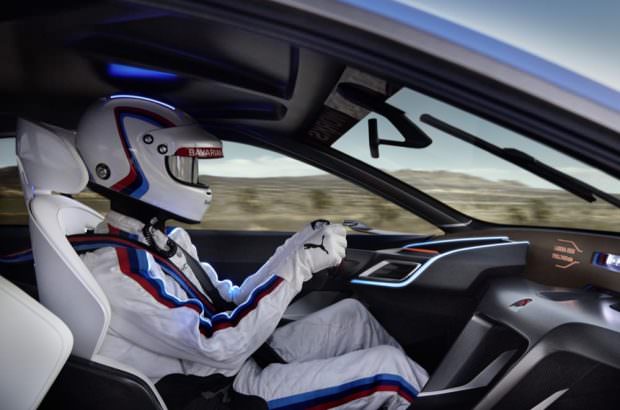 Undoubtedly, the BMW 3.0 CSL Hommage R is both a technical and design tour de force, as Karim Habib, Head of Design BMW Automobiles, explains: “Both inside and outside, the BMW 3.0 CSL Hommage R is primarily a reflection of its function. The exterior and interior design is based around the requirements of motor sport as far as the car and driver are concerned; aerodynamics and driving dynamics on the one hand, the most direct connection between driver and machine on the other. In my view, that’s something the Hommage car expresses in a very emotional way. At the same time, all the details from the BMW 3.0 CSL are present in the Hommage model. And they are all there to be discovered in their original form. It’s a bow to the 1975 car.” 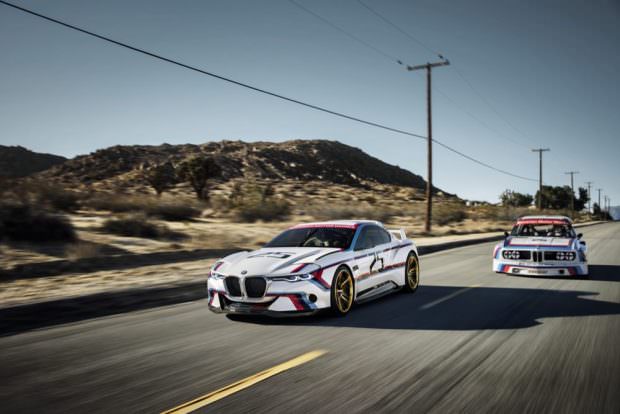 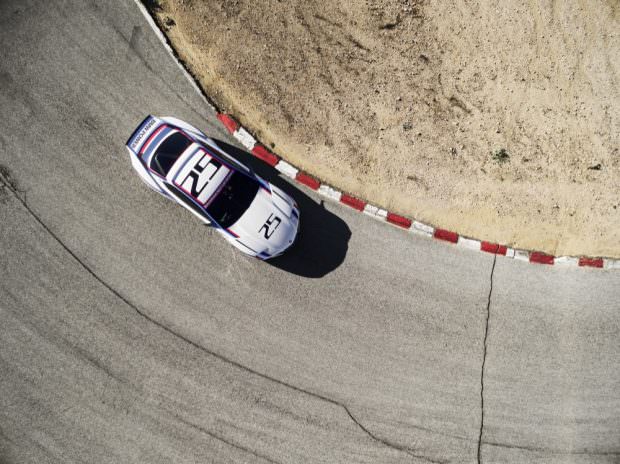 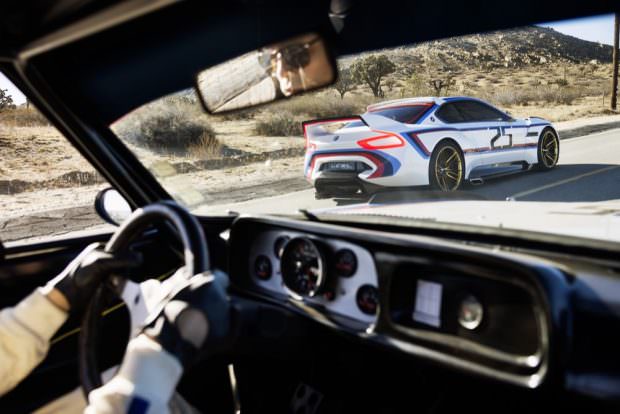 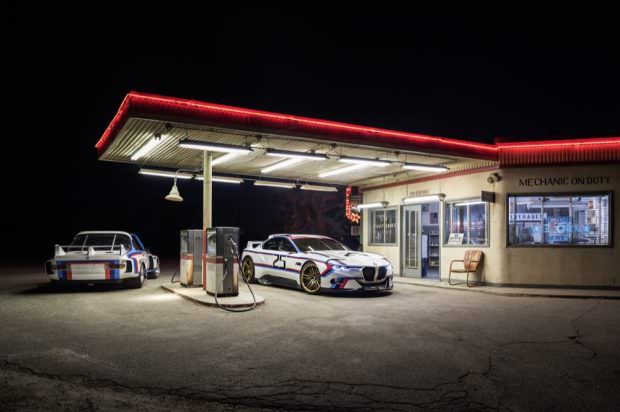