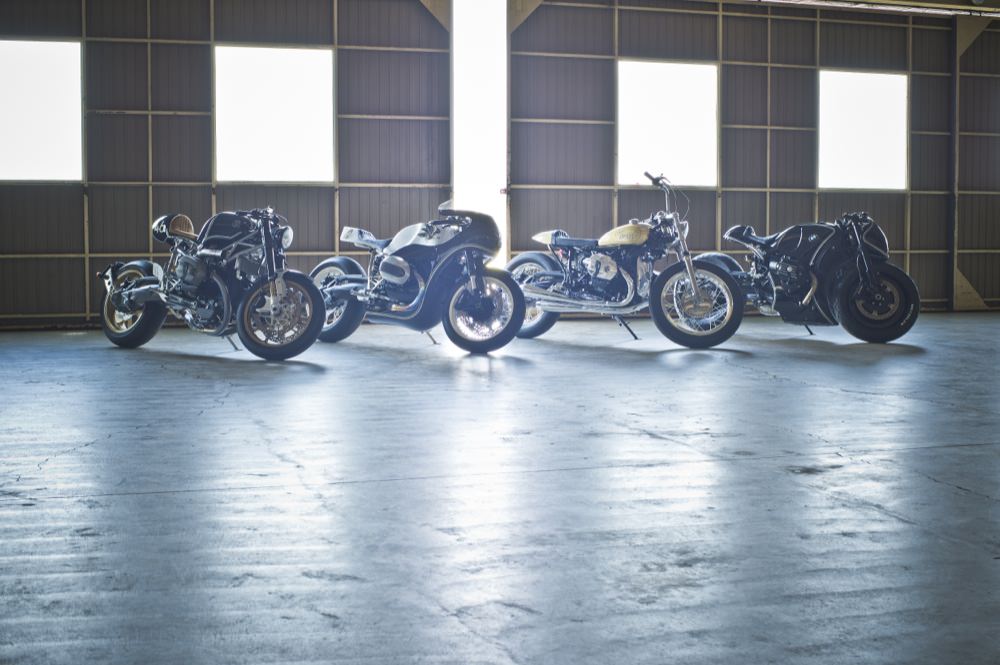 In the second part of our look at the selection of custom BMW R nineTs created by some of Japan’s finest motorcycle designers for the brand’s Motorrad Days event, we look at the creations of Shiro Nakajima and Hideya Togashi. Each of their creations, both of which are built using the modern R nineT as a basis, show two very different design approaches with each choosing  elements from the cafe racer and historical motorsport scenes. 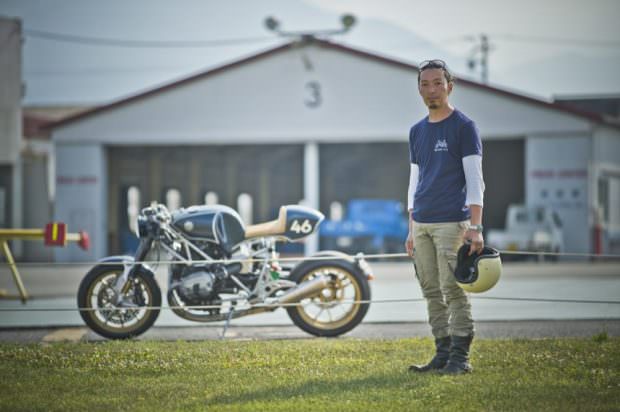 For Shiro Nakajima, minimalism was clearly the order of the day with his ‘Clubman Racer’, cutting a design down right to the very bare essentials. He took the already sparse look of the BMW R nineT and almost made it look superfluous in comparison to how the finished Clubman Racer looks. The fuel tank and seat units depict elegant lines in what is otherwise a purely mechanical look, and both feature a pin-stripped finish that further echoes the style of a bygone era. Painted in a deep petrol blue, the bodywork is well matched to the modern lightweight cast wheels which are finished in a matt gold paint. The Clubman Racer’s small but perfectly formed seat is also upholstered in a soft, dark beige fabric. 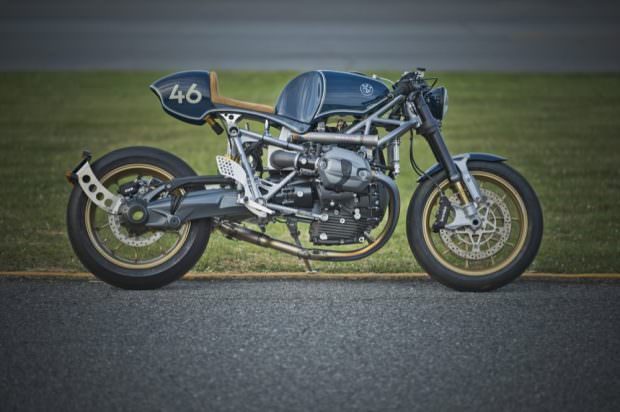 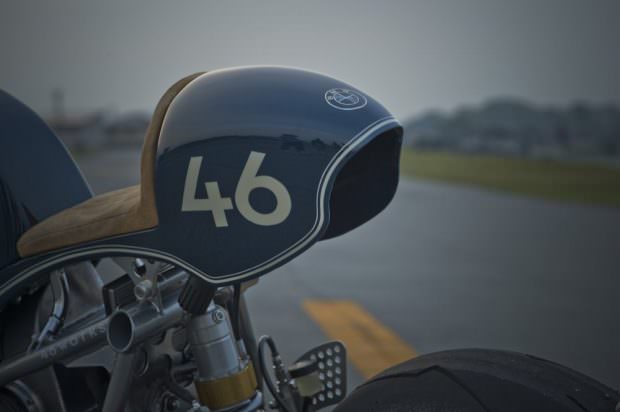 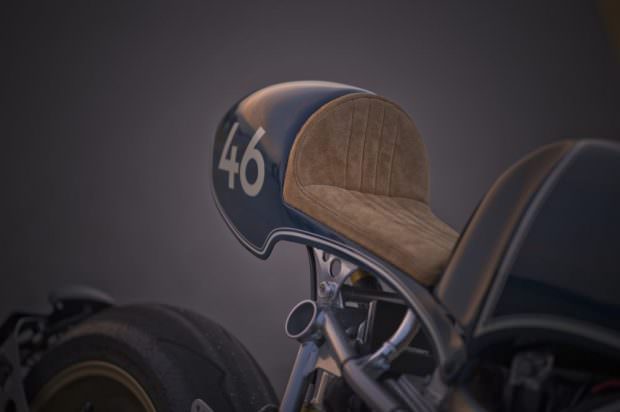 In stark contrast, just below that fuel tank is a straight un-finished metal air-intake which still shows the blue-ing for the hand-finished welds. The new boxer engine dominates the appearance as it sits suspended in the trellis frame whilst the two-into-one exhaust system flows under the sump and exits through a single silencer on the left-hand-side of the motorcycle. The Öhlins upside-down front suspension forks give the motorcycle a beefy appearance and the drop clip-on handlebars and single round headlight round up what is very much a modern cafe racer image. Commenting on his creation, Shiro Nakajima said, “What I wanted was to create something a bit more sporty than a cafe racer. A motorcycle that you don’t just take into an urban environment or ride over mountains with but one that you can also really enjoy on the racetrack. This was the reason why I chose above all to make it as light as possible”. 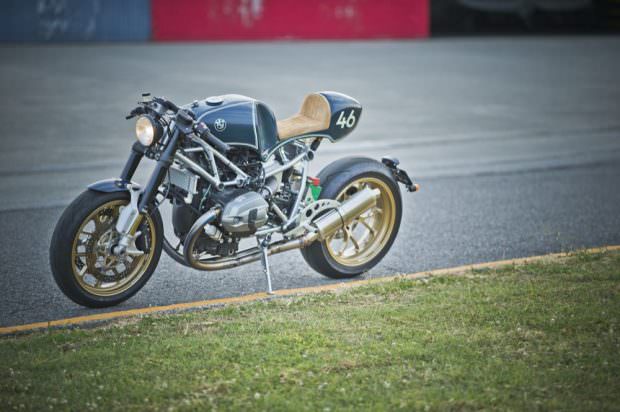 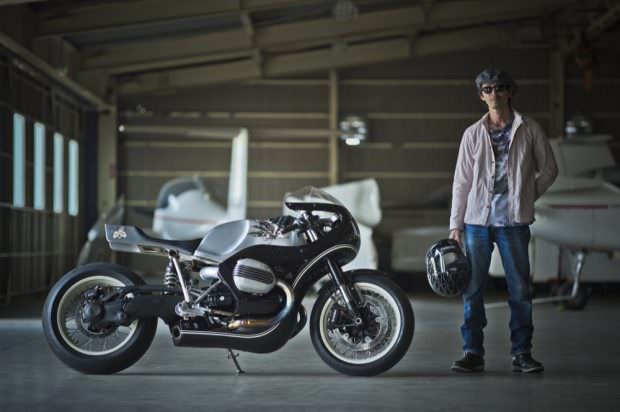 From an aesthetic standpoint Hideya Togashi’s ‘Boxer’ is almost timeless. Styled on the classic sport design, its rounded fairing replicates those of racers from the 1970s when aerodynamics were as much about looking right as they were about being technically efficient. 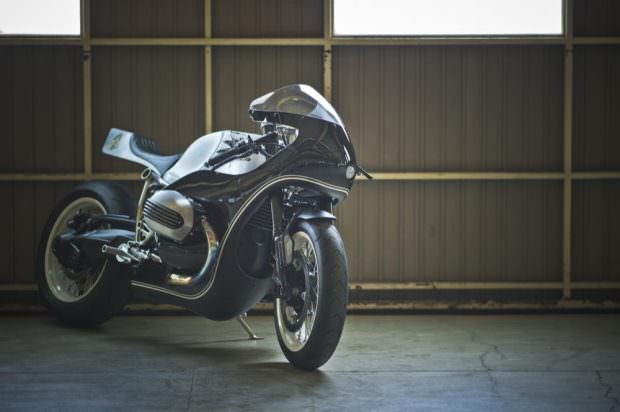 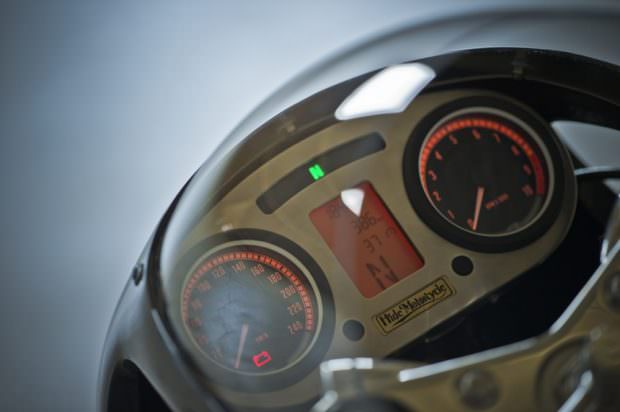 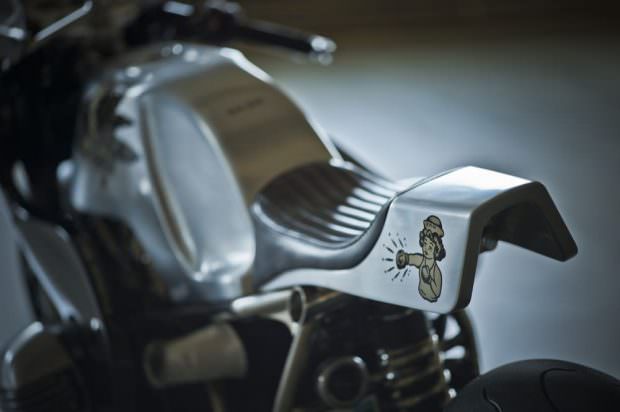 The stubby front fairing houses a single, offset headlight is reminiscent of endurance racers and has a fluid design that flows all the way down in between the exposed header pipes and into the bellypan which also houses the boxer engine’s exhaust silencer that neatly exits through the rear below the swingarm. Clip-on handlebars allow the ride to tuck down low behind the short screen, hugging the slimline aluminium fuel tank – one of the motorcycle’s main features and one of Togashi’s favourite features. “It seems to hug the rider, while the design of the fairing is borrowed from that of the nineteen seventies racing models.” 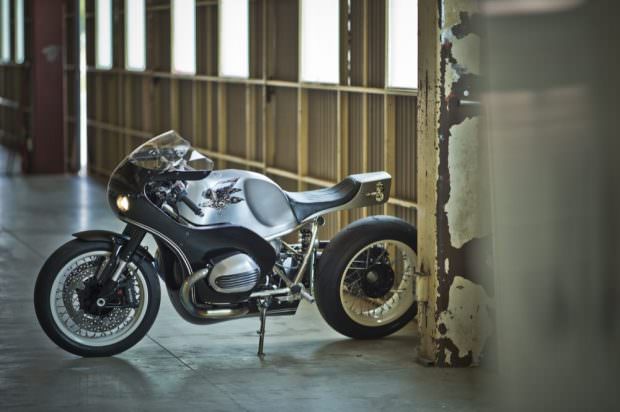 Equally impressed with this and the other creations was Ola Stenegard, head designers of the BMW R nineT. After seeing the finished motorcycles he said “I was just blown away! I had very high expectations – we are dealing with some of the very best customisers in the world here – yet I was on my knees. What they have achieved is jus mind-blowing. And each bike perfectly reflects the builder”.

Missed Part 1? Check it out here