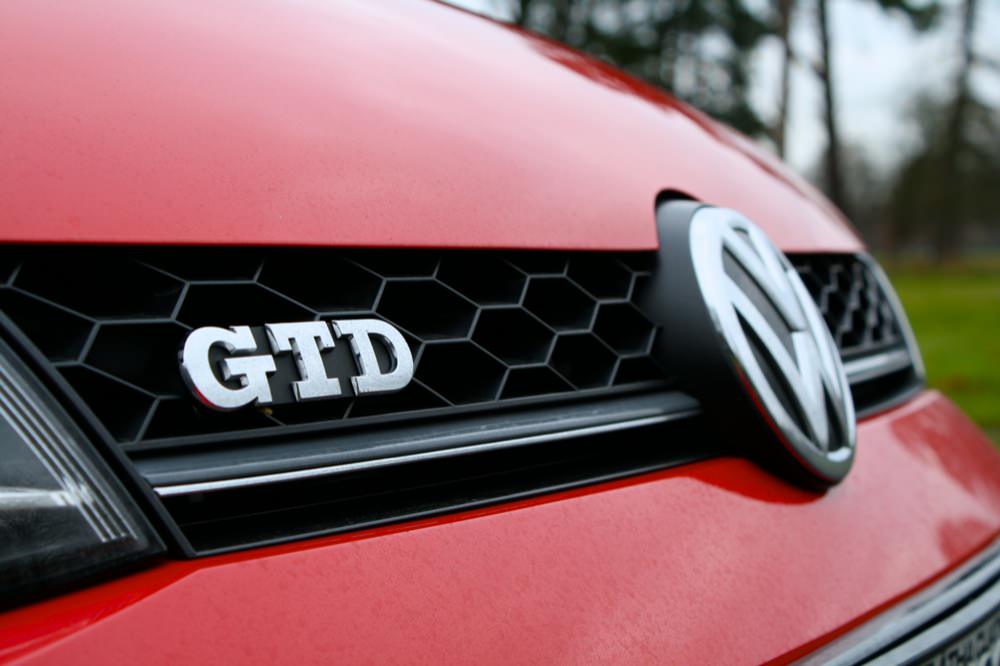 With the growing popularity of diesel power over the last few years it’s no surprise that performance diesels are now becoming halo models for numerous manufacturers. No stranger to this trend is Volkswagen. Its Golf GTD overshadows the GTI in price here in Ireland, but can it overshadow one of the most iconic names in performance hatches of all time? I’ve been lucky enough to have the opportunity of spending more than a fair share of time in both the GTI and GTD which led me to a conclusion I wasn’t really expecting. 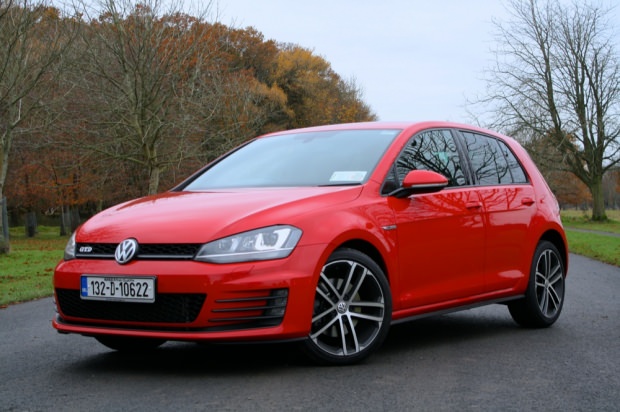 The Golf GTD does set out an impressive enough stall thanks to the combination of a torquey 2.0-litre four-cylinder engine that produces 184hp and the suspension setup that mirrors the petrol-fuelled GTI. Indeed the 380Nm cranked out by the turbocharged engine soon leaves you desiring those second-gear-exit corners where you can ride that wave of torque that comes from below 2,000 revs. You can of course opt for the sublime DSG automatic gearbox – a €2,005 option – but the six-speed manual is just so nice to use that you won’t feel like you’re missing out on anything by having to work the gears yourself. In fact, on more open and undulating roads shifting around between third and sixth gears is a proper hoot. For all the diesel performance on tap, there is still a fair degree of economical driving to be extracted from the GTD although it isn’t a car that one tends to drive too frugally. 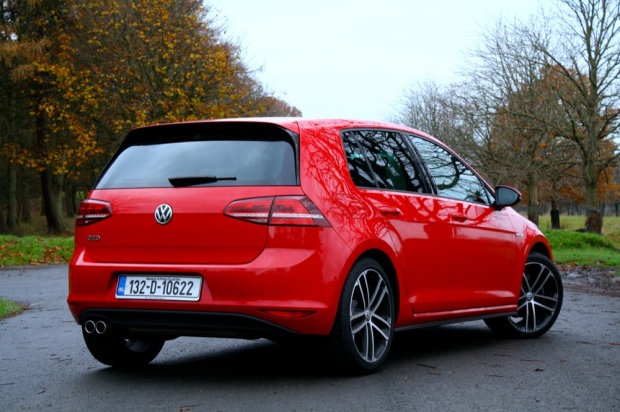 Given the performance credentials of the Golf GTD also present is of course the stiffer suspension. Thankfully the boffins and Volkswagen haven’t been too sadomasochistic in the setting of suspension. The ride is at all times firm but it remains an entirely civilised car. One byproduct of this is the car’s overall stance which has a real air of purpose about it. What is more impressive is the car’s electronic differential. Called XDS+,  it gives the car noticeably high amounts of front-end grip that gives a huge degree of confidence when attacking corners. But what makes the system so good is just how little you actually notice it. Even with the GTD’s heavier front-end in comparison to the GTI you’ll have to really overdo it into a corner to get it unsettled. 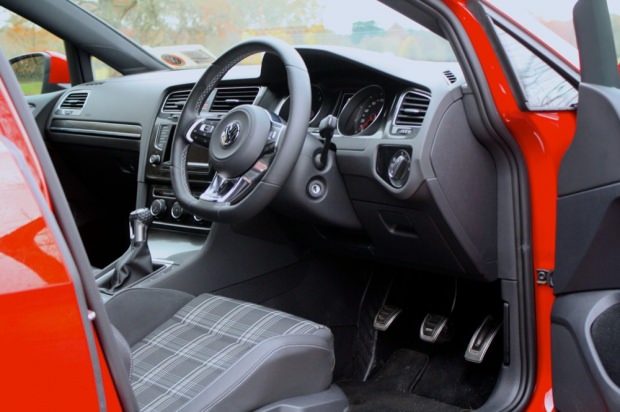 On the inside are some typical Golf features, such as the tartan seat cloth. The seats are supportive without being too hard for longer drives while the rest of the switchgear falls to hand in a highly intuitive way. Dash facia panels look good and all around the interior are subtle and neat features that aren’t instantly recognisable. My personal favourite is the fact that the interior LED light is angled to illuminate the GTD badge at the base of the steering wheel when you open the driver’s door. You may only notice it at night, but it says a lot about the level of attention to detail that Volkswagen has paid to this seventh-generation Golf. 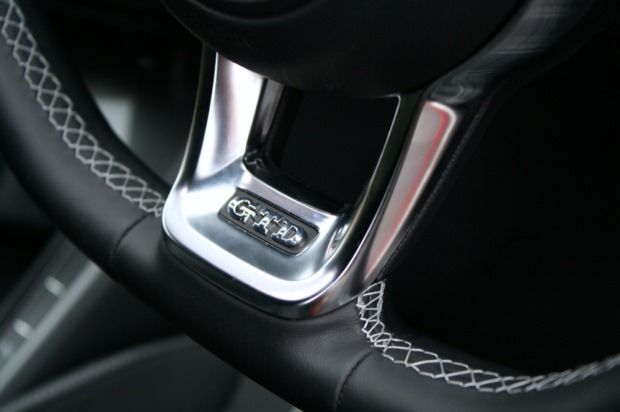 So, is the GTD better than the GTI? No, but nor do I think it’s worse than the GTI – it’s simply different. The two cars will suit different drivers. The rev-happy nature of the GTI is going to appeal to those who love that early Sunday morning blast and the occasional trackday while the GTD is, in my opinion, more suited to those that love that torquey third-to-fourth gear pull that a performance diesel can offer. You can still hustle it along at quite a rate, but it is, perhaps, a little more sensible than the GTI and lacks some of that bite. What the GTD will do is convince many people that diesel power can indeed still be a serious amount of fun to drive with but whether it can convert the traditional GTI buyers is another thing.