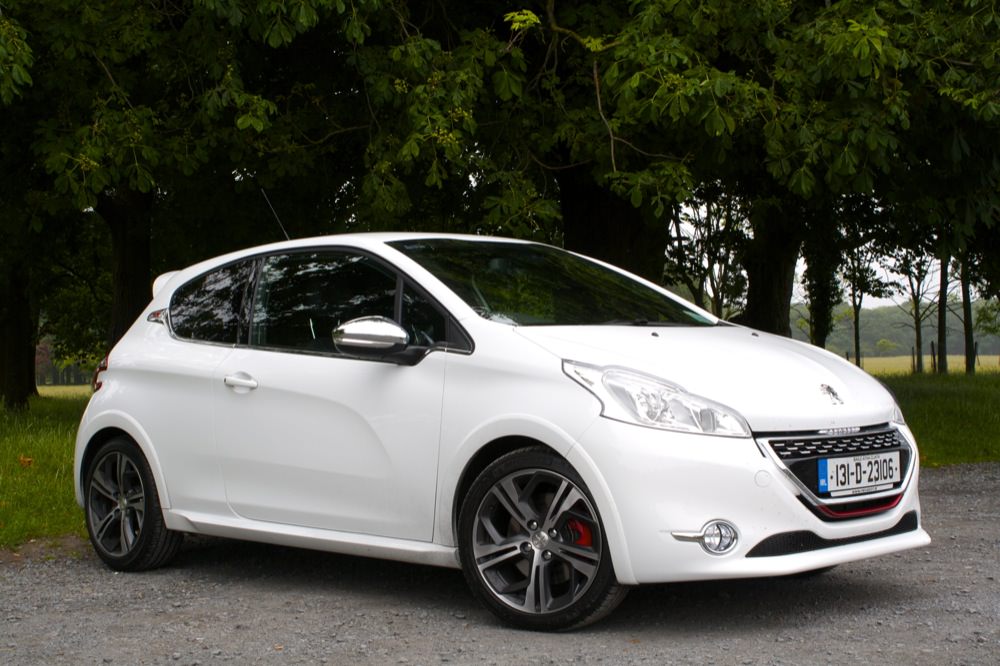 The hot-hatch market is a very different place to the one that first really came onto the scene in the early nineties. Times were simpler back then – we petrolheads were so impressed with what car-makers were doing by simply shoe-horning a big engine into an otherwise malevolent small car that we didn’t really care much for other frivolities such as handling or brakes. 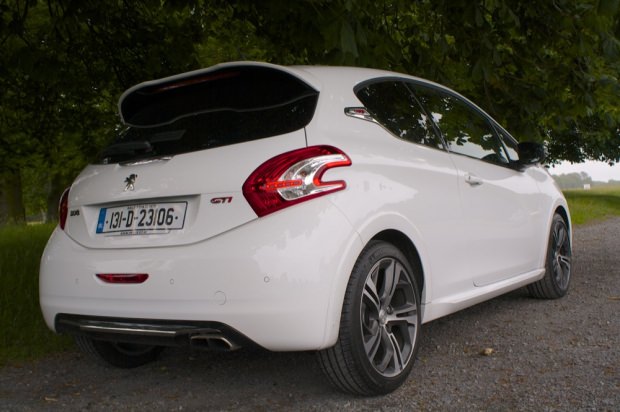 These days we are a far more demanding bunch and so expect much more from the modern-day hot-hatch. We also have a far greater variety of cars upon which to choose from as the segment has not only become a bone fide segment, but a damn important one at that. And now one of the founding fathers of this category – Peugeot – is back with its latest offering, one which bears an iconic badge – the 208 GTi 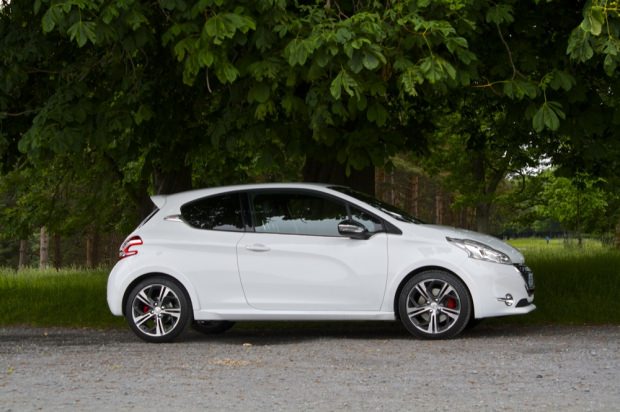 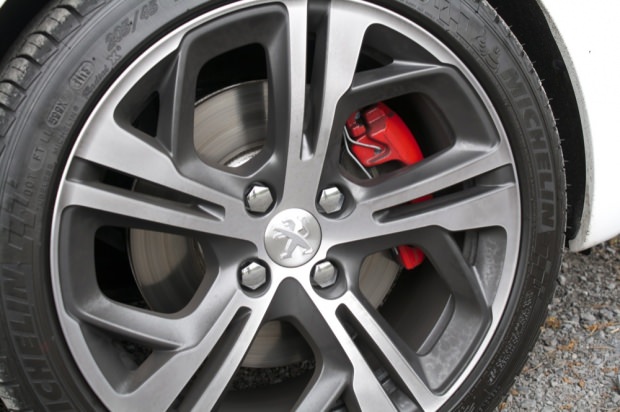 At first glance, the new 208 GTi look innocuous enough. The slight flash of red on the grille is the first giveaway that this is something above and beyond the usual small French hatchback. Then there are the slight wheelarch extensions that surround the gorgeous – if slightly busy looking, 17-inch wheels. Busy or not though, they look superb. Chrome covered side mirrors sit well against the white bodywork, as does the chrome window trim that leads your eye along to that GTi badging just behind the rear window – a modern twist on the original 205’s – but other than that it remains a subtle enough exterior. 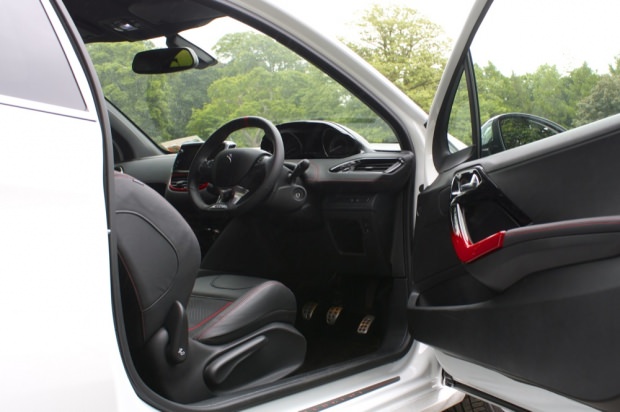 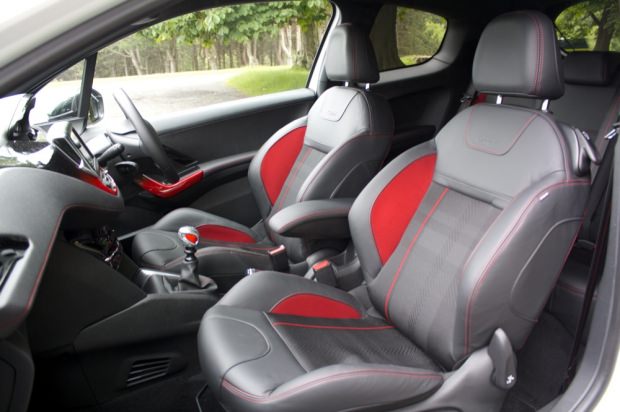 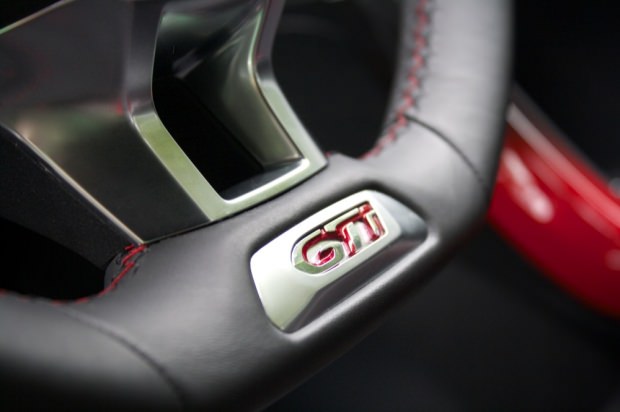 “The ride in the GTi is almost un-hot-hatch-like in its comfort and refinement.”

The inside of the 208 GTi is a different story and there is no mistaking what you’re driving once seated. That small, delicate steering wheel first seen on the new 208 remains but gets a sporty makeover in the form of perforated leather, GTi badging on the flat bottom and of course that wheel banding at twelve o’clock. Wherever you throw your eye it catches a flash of red, reminding you that you’re in something other than a ‘normal’ 208. Your body is hugged by leather-draped racing seats that offer just the right levels of support and are subtly embossed with that iconic moniker.

But the core feature of this new GTi is the 200hp turbo-charged four pot engine. It manages to deliver a hefty slice of performance while still giving a level of refinement that is easily one of the best of the current crop of hot hatches. Power is there from early in the rev range but the motor, and therefore the car, never feels that rapid until it reaches the higher end of the rev range. If you keep that motor revving up around the 5,000 rpm range it rewards with a sound and feel that few can compete with. The flip side to this is when it comes to living with the GTi on a daily basis, there is enough low-down shove to get the car around without having the car’s turbo come on boost which benefits the fuel consumption quite a bit. 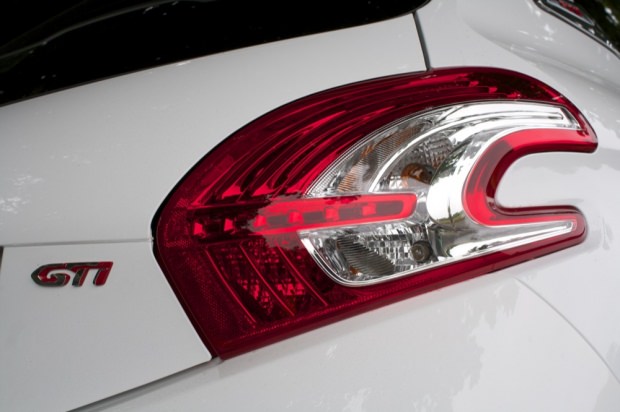 ” That small, delicate steering wheel first seen on the new 208 remains but gets a sporty makeover”

On the majority of roads the Pug’s handling is bang on for a car of its size and performance. Of course, the steering is accurate and even when pushing the 208 GTi hard through a series of flowing corners, there is only the slightest hints of some understeer. The car is well balanced and does allow you to push quite hard into corners, though it does seem to lack some of the real directness that the Ford Fiesta ST offers in the steering department. But where is loses out to the blue oval in one area it gains in another – suspension. The ride in the GTi is almost un-hot-hatch-like in its comfort and refinement. It manages to soak up some of the worst that Ireland’s roads could throw at it but still keeps things feeling sporty. Where you will slowly have your fillings loosened by the Fiesta ST’s suspension, the 208 GTi virtually wafts along – something that is appreciated even more with additional time behind the wheel. 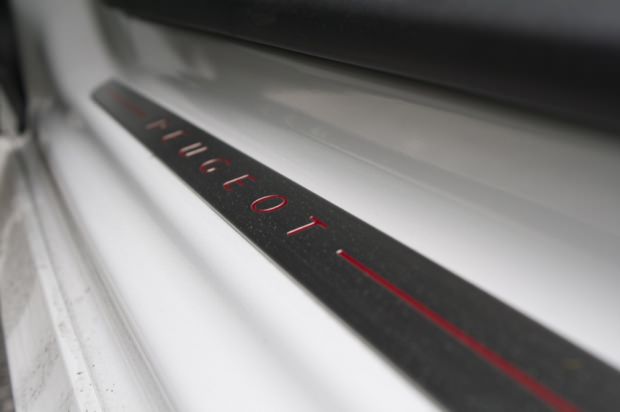 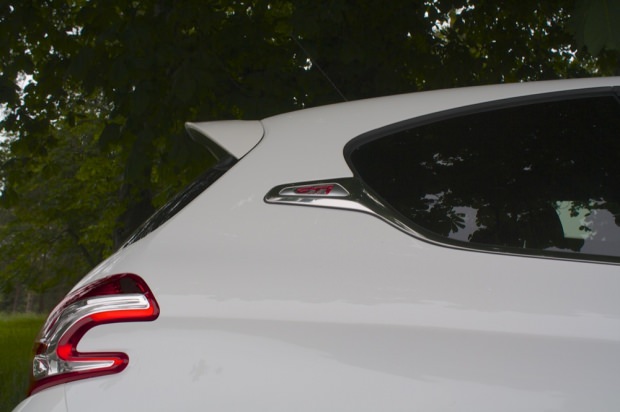 I could critique the 208 GTi in the practical sense as it has limited room in the rear for passengers and a small-ish boot but the simple truth is that a lot of people who decide to go for this car will simply see past these small inconveniences and appreciate what is one of the best cars in an expanding class. Its biggest competitor is the Ford, which gives it a very close run both in terms of dynamics and price. As much as I have publicly stated by love for the Fiesta ST, the 208 Gti is a car that you would be far more desirable to live with on a long-term basis and the more you get to know it the harder one can push it too. It may not quite be the modern-day version of a past icon, it’s something more than that. The hot-hatch game has moved on, and so has Peugeot.