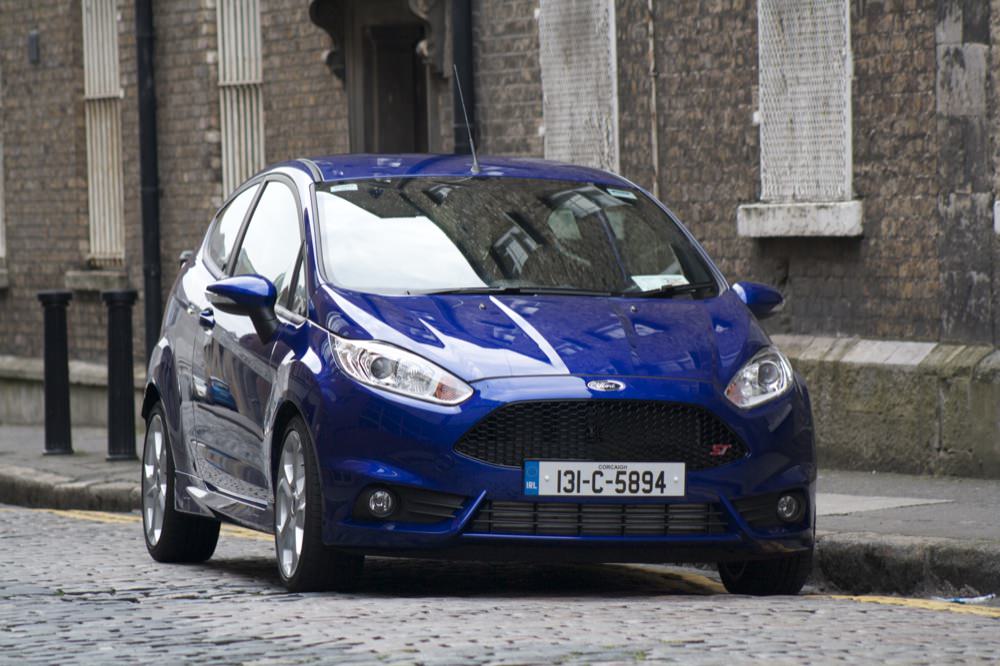 There are few categories in the world of motoring more competitive than the hot-hatch, and justifiably so. After all, this section of the market is largely populated by relatively young, genuine petrolheads. They demand a lot, want it for an affordable price and don’t want to be left behind. 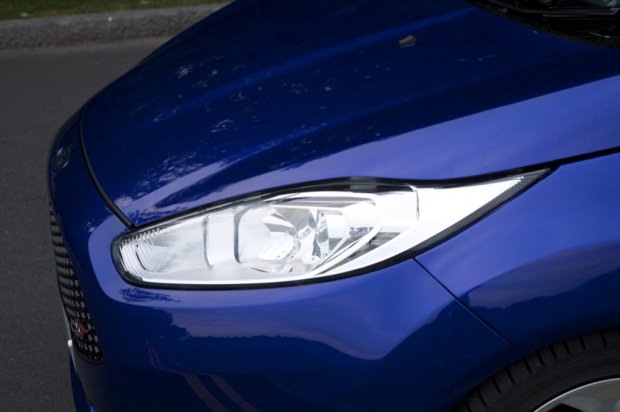 And now there is a new generation of hot-hatches all of which offer more power than ever as well as a far greater choice. Except none of this really matters. Why? Because of the Ford Fiesta ST. Rather than me rambling on telling you all kinds of lovely and interesting facts about the Fiesta ST I’m just going to cut to the chase and tell you straight out that it is THE best hot-hatch currently on the market. In fact, if I’m really honest with myself, it is the best car I’ve driven in the last twelve months – and in that statement I include the Jaguar F-Type and Audi’s mental A6 bi-turbo. Quite a bold thing to say, I know, but here’s why. 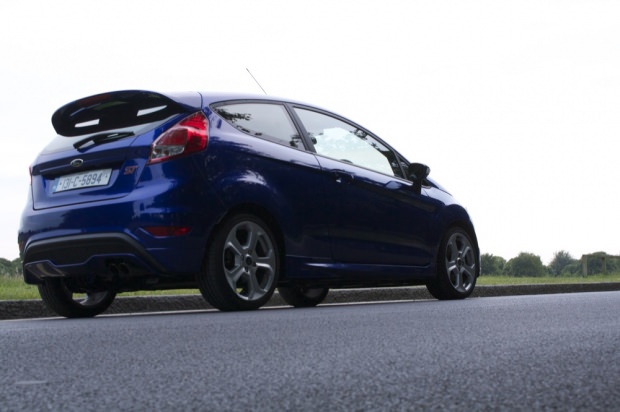 The first thing that you notice when you stand and look at the Ford Fiesta ST is just how darn right it looks. The bodykit is just under the top, the wheels fill the arches beautifully – in fact the whole stance of the car is literally perfect. Even when parked you can tell that this is one angry little car. Yes, many had criticized the ‘Aston Martin’ front grille, yet on the ST version, it looks like it needs it. It also has one very nice detail and that it the front registration plate holder is sunk into the grille mesh meaning that it sits flush with the rest of the grille. Many won’t notice but it’s certainly one element that’ll keep the OCD brigade happy. 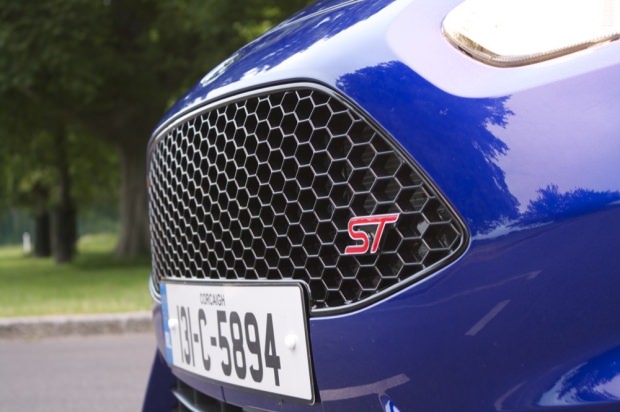 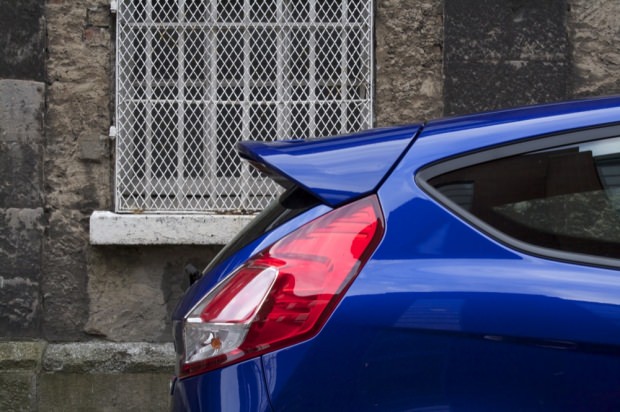 There are parts of the Fiesta ST that I am critical of. The doors are incredibly long for a car of its size which can be a right pain if you’ve been squeezed into a multi-storey car park space by a pair of stereotypical BMW drivers. When you sit into the rather tight Recaro race seats the interior is, well, just the same as a standard Fiesta. Okay, you do get some ST badging on the steering wheel, but that’s your lot. It is understandable that Ford want to bring the ST in at a certain price-point, but surely some nicer, painted cabin trim wouldn’t make that much of a difference?

“The bodykit is just under the top, the wheels fill the arches beautifully – in fact the whole stance of the car is literally perfect”

Driving though is what the Fiesta ST is all about and you get an impression of that from the moment you start the engine. At 182hp, it may not be the most powerful engine in the class but what Ford’s engineers have done with it is incredible. Get it onto your favourite road and at full chat the induction noise from the turbo-charged engine is intoxicating. It encourages you to drive it even harder. It pulls well from low revs but really loves to be kept busy up around the red line where it seems like it could happily fizz away there all day long. Keep at that for any extended amount of time though and you will be visiting the fuel station fairly regularly. The engine is capable of producing some respectable enough fuel consumption figures, but the problem is that it is such a hoot to drive this car hard – everywhere – that you’ll never want to have the thing off boost. 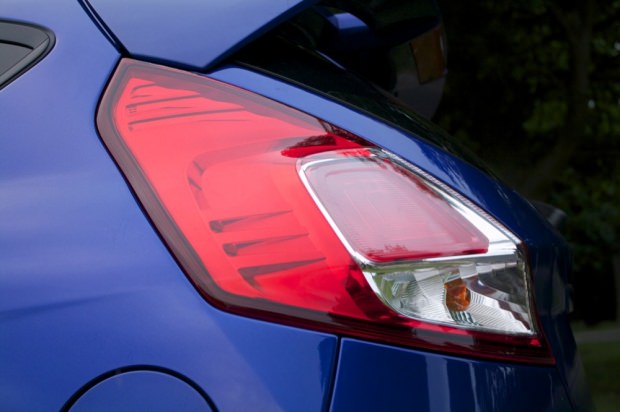 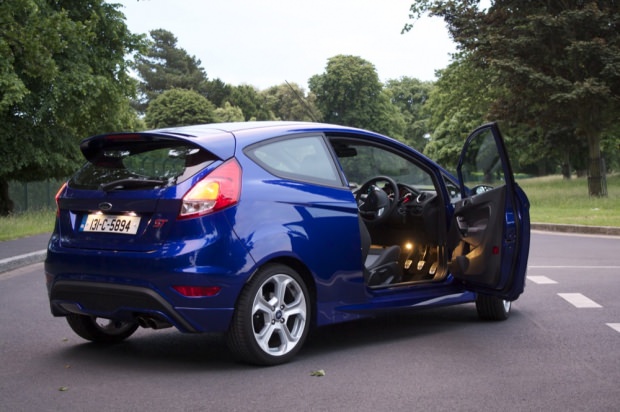 Every ratio in the gearbox seems to be absolutely bang on and the relatively short throw between gears ensures you’ll have plenty of fun when you decide to really go for it, so much so, you’ll find yourself working the gears more than you probably need to just to keep that motor buzzing. The ride is probably the firmest of all its rivals and no doubt over a long period of ownership would begin to annoy some people. Personally I adored the firmness of it, it does add to the Fiesta ST’s sense of purpose and it never lets you forget that this is anything but a standard Fiesta. Aside from the firm springs, the suspension is exquisitely damped to the point that you would assume that Ford has spent an absolute fortune on the fine tuning of it – something that was denied when I questioned the senior suspension engineer during the international launch earlier this year. 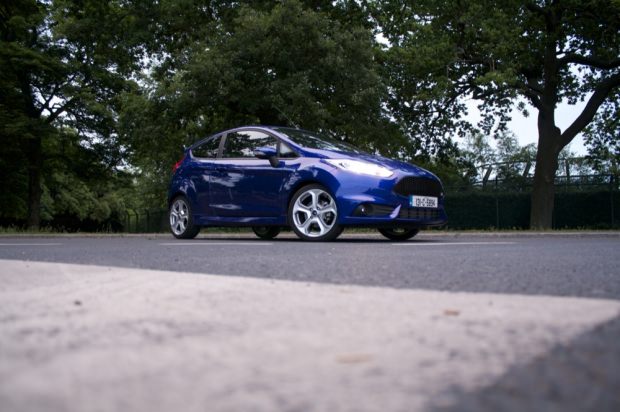 The Ford Fiesta ST is still edging towards that €30k price bracket, it remains one of the cheaper cars in its class.  I really do feel that despite the plain interior and what is, realistically, overly hard suspension, Ford have delivered a car that is not just the best in class, it is without question a car that in five, ten, even twenty years time, will be considered a truly great car. And for those whom the car remains outside of their budget I say this; start saving now, because in four to five years time this car will be THE used car to buy.