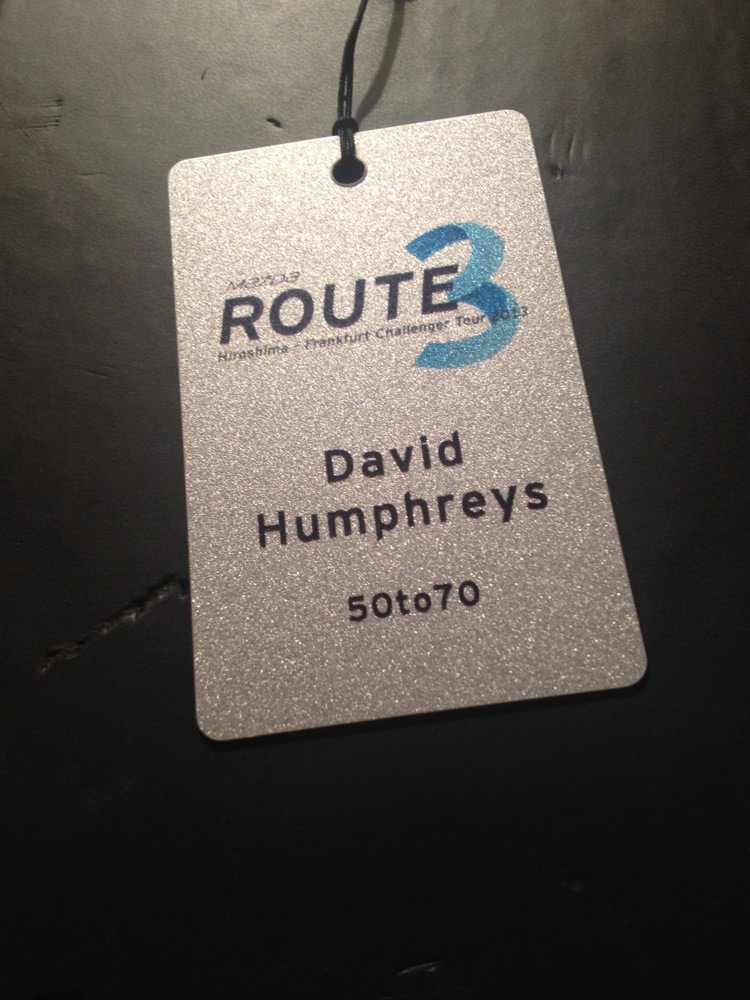 I had just landed back into Dublin several weeks ago when I turned on my phone to several missed call notifications from Mazda’s PR man. Immediately I began to think ‘What have I done now?!’ – was it a bad review, had I inadvertently damaged a car, or worse? Thankfully, it turned out to be none of those – instead it was an invitation to help out with the international launch of the new Mazda3.

Normally, international car launches involve traveling to what is usually a nice destination, attending a press conference followed by a quick unveiling and a chance to drive the car. Except in this case the Mazda3 has yet to be officially launched. My task, along with fellow motoring journalist and Sunday Times Editor, Richard Oakley (@ROakleyIRL), would be to help get the new Mazda3 to its launch at the upcoming Frankfurt Motor Show in September. 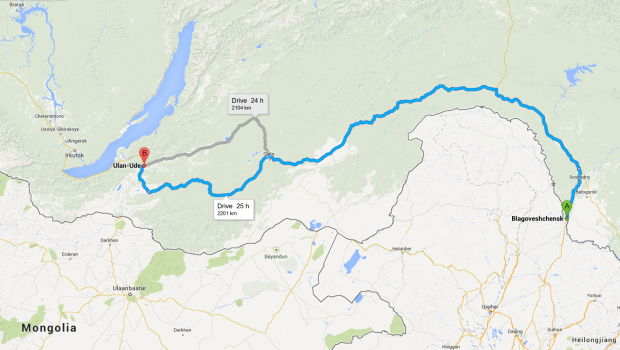 We would be two of a select number of media and industry journalists who would be charged with the responsibility to taking the very first eight cars to roll off the production line in Hiroshima and to drive them across the vast wilderness of Siberia, towards Moscow and eventually on to Frankfurt. The schedule would be tight enough to leave almost no margin for error and the entire journey would see the cars cover a total of 15,000km. 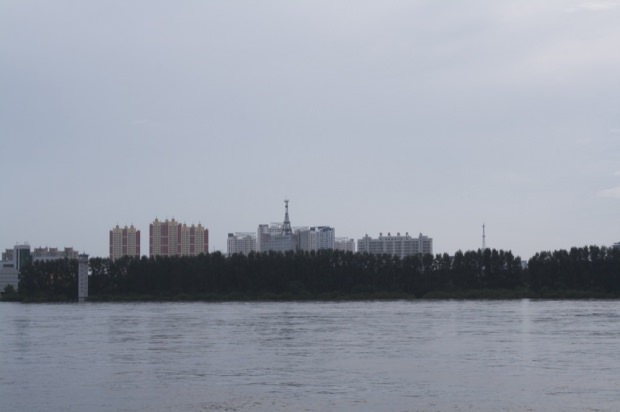 Our leg of the trip – Stage 2 – would see us collect the cars from Blagoveshchensk, located on the Amur River, and in clear view of China across the 800 metre wide river. In a bold move, all cars had been left in totally standard form – no skid plates of suspension upgrades, the only difference being that they were all fitted with 16-inch wheels as this tyre size is the most commonly available on the route.

Having quickly acclimatized our body clocks to the local time, our first driver briefing took place outside our hotel in downtown Blagoveshchensk. Our eight cars would be joined by a six CX9 support vehicles that would transport camera crews, event co-ordinators, local fixers, a doctor along with our own personal security detail – some of which had served as bodyguards to former a Russian president.

We would have to contend with demanding road conditions, brave (or crazed depending on your perspective) local drivers as well as some long distances – 636km on the first day. As you may have seen from the numerous YouTube clips, Russian traffic can be unpredictable at the best of times, so guiding a fourteen-vehicle convoy through it was going to be challenging. Our support vehicles would block off and hold junctions as best they could, but as a back-up we would all be linked by walkie-talkie.

Once out of the city we began to get an idea of the vastness that is Russia. The route of the first day of driving would see us heading north, running parallel to the Chinese border and, at times, also running right alongside the Trans-Siberian Railway. Despite these vast distances, you never get the chance to zone out as  what can seem like a perfectly good stretch of road can suddenly produce some very severe potholes as we would later discover. 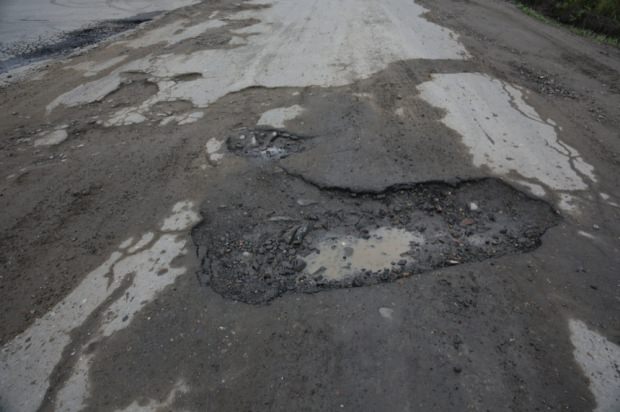 Despite being on the only real road there is surprisingly little traffic, most of which is made up of heavy goods vehicles. Along the road there is little in the way of scenery barring endless acres of dense pine forests which contain so little gaps that the road can sometimes start to become hypnotic. Despite our best efforts at avoiding the potholes we eventually hit one pretty hard although all seemed fine until about one hour later when the Mazda3’s tyre pressure warning came on. We radio ahead to the lead car who decide to pull in to check to be safe. Careful examination seems to show no issue with the rim or tyre even after receiving a serious impact so the convoy gets rolling once more.

Given the scale of the ground that we needed to cover on this trip, every stop, no matter how short would soon add up so a swift pace was kept when the roads permitted. It was on one such road that after 30-40 minutes of quick driving our front right tyre would let go in equally quick fashion. Thankfully the point at which this happened road conditions were as best we had seen all day and I was able to safely pull into the side of the road which Richard radioed the crew. 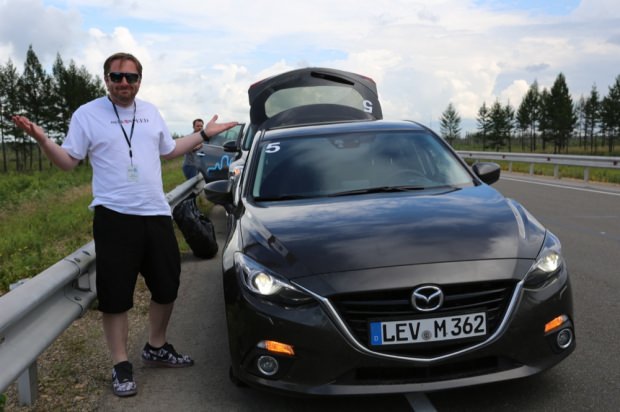 Almost as soon as I bring the car to a halt, the support crew are already springing into action, getting a spare wheel from the boot and grabbing tools when we seem to surprise them by asking if we can change the wheel ourselves! They happily supervise while the film crew capture the whole process. Once up and running again we make steady progress without any further incident. 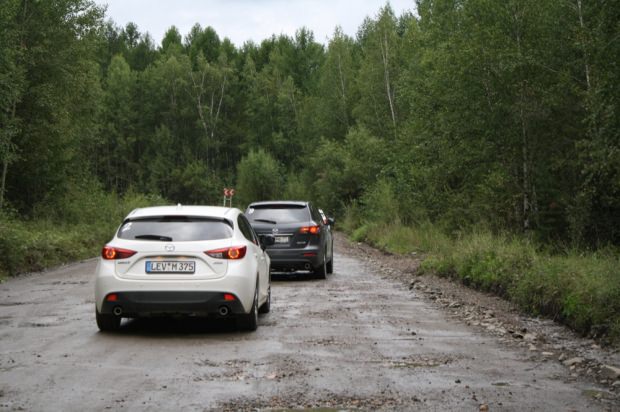 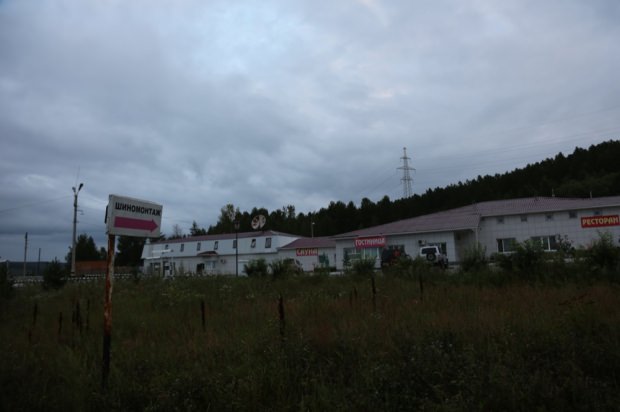 After one very heavy downpour we get clear roads for the rest of the day and as dusk begins to set in we roll onto one last totally unpaved road that leads up into our overnight stop in what appears to be a very small town, named Skovorodino. Our digs for the night are anything but glamorous, but after the first day of driving we are all glad to just have somewhere to put our heads down for the night.