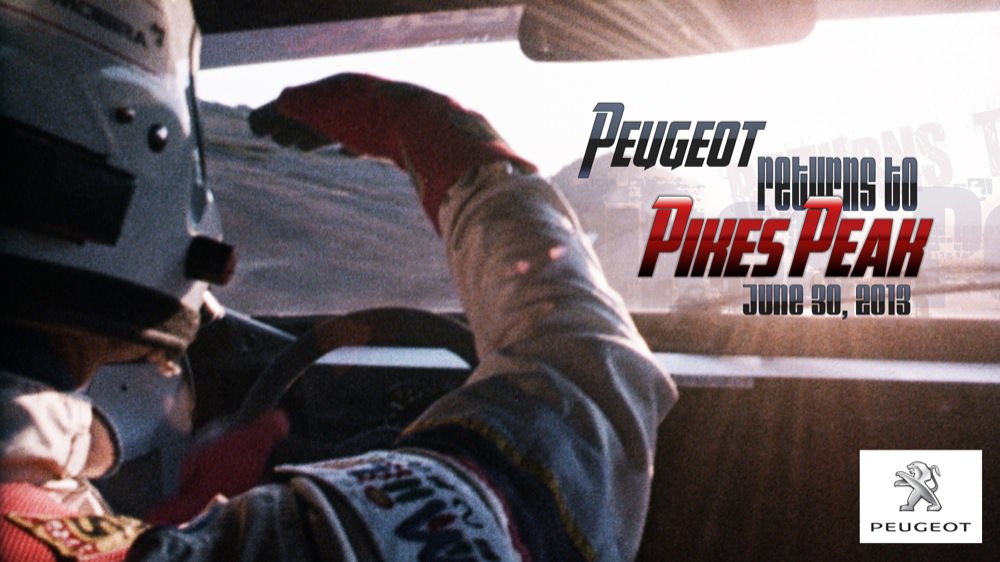 Not content with having nine World Rally Championship titles under his belt, Sébastian Loeb has announced that he will take on the mighty Pikes Peak Hill Climb in June this year. The legendary event will see the French driver compete in the new Peugeot 208 T16 in the ‘Unlimited’ class. In it he will hope to recreate some of the magic similar drivers such as Ari Vatanen and Robby Unser made during the 1980’s.

2013 also marks the centinery of Peugeot’s very first racing victory in the USA which they achieved at another iconic place – Indianapolis. Pikes Peak today remains one of motorsport’s most exacting, internationally-reputed competitions. The Pikes Peak Hill Climb’s course was entirely covered in tarmac last year and comprises 156 turns over a distance of 20 kilometres that take competitors from an altitude of 2,800 metres to 4,300 metres at its highest point. The event is famous, too, as the USA’s second-oldest motorsport competition after Indianapolis and, over the decades, it has earned a reputation as a notoriously difficult and complex challenge.