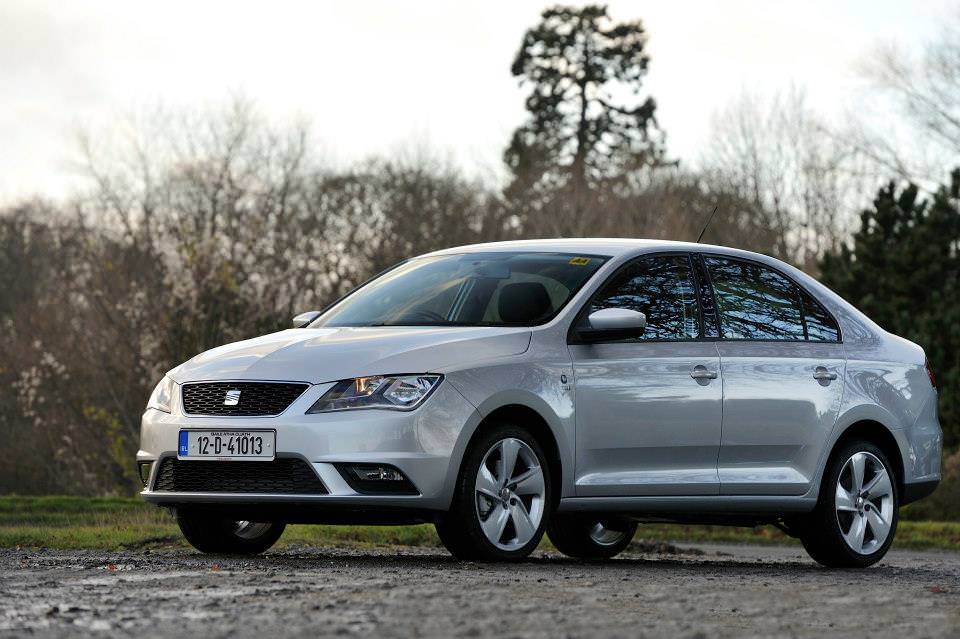 The fruits of Volkswagen Group membership are starting to now show in SEAT’s car range which is developing into their most clearly defined range for a long time. One of the benefits of this is the new SEAT Toledo which now looks every bit as sharp as some of its more expensive competitors. If you think the Toledo looks a little familiar you aren’t mistaken, it shares the same chassis and body as the Skoda Rapid although they’re not identical. 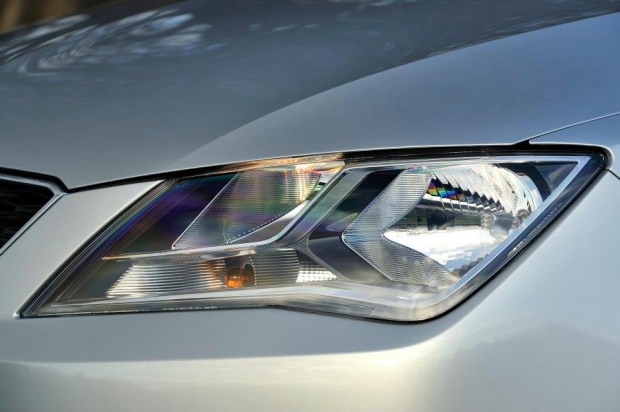 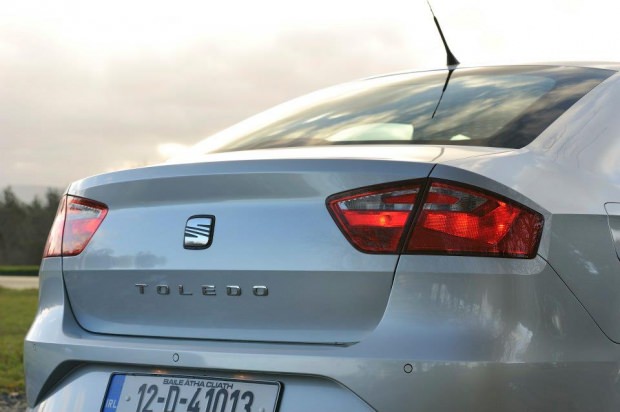 This new SEAT Toledo does get unique front-end styling with the now familiar family look headlights while the rear-end gets similar treatment, both of which make the Toledo a better looker than the Rapid and go well with the rest of the taut appearance of the Toledo’s body design. The boot lid opens like a hatchback allowing very easy access to the 550-litre boot which is one of the best in class. Split folding rear seats allow that storage space to grow even more making it an ideal family car and more than competent when it comes to those trips to IKEA. 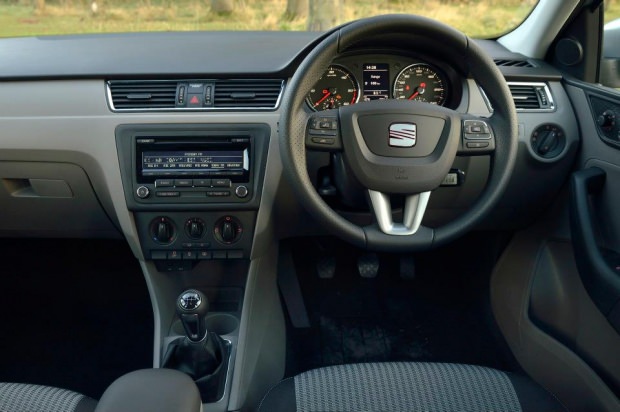 “the new SEAT Toledo which now looks every bit as sharp as some of its more expensive competitors.”

Those choosing the ‘Style’ trim will gain a slightly higher level of equipment inside like a leather steering wheel and gearstick, driver’s armrest and height adjustable seats. The layout inside is simple but effective and ergonomically everything works pretty well. The multifunction steering wheel is just the right size and the layout of the dash is clear and easy to read. 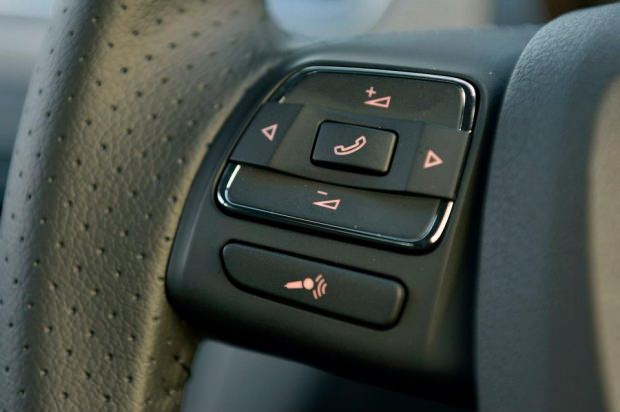 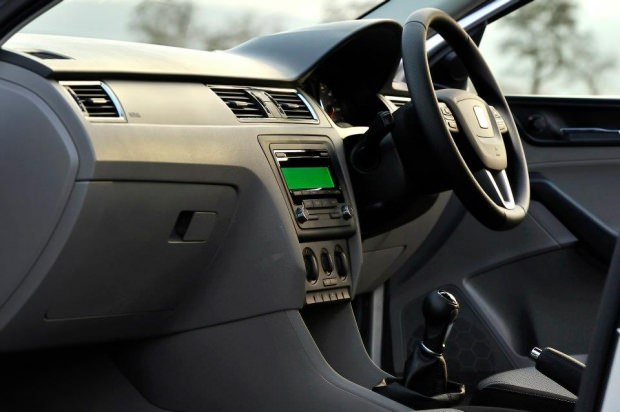 “Those choosing the ‘Style’ trim will gain a slightly higher level of equipment inside like a leather steering wheel and gearstick, driver’s armrest and height adjustable seats.”

Seating inside isn’t massively spacious up front but is certainly comfortable over long trips but the big beneficiaries are the rear passengers who get what must be now class-leading legroom. The Toledo might not get a fancy leather interior but the materials and colours used are complimented by some other nice touches throughout.

The Toledo might not be the most dynamic car in the world but the 1.6-litre TDI unit is well suited to the car from a power perspective although the noise levels inside are a little on the loud side for a car in this class. That said the 105bhp engine is quite a proven unit at this stage and has appeared in many vehicles in the expansive Volkswagen Group range. A slightly sluggish 0-100km/h time of 10.4 seconds may seem a bit off given the 250Nm being produced by that engine but gearing wise the Toledo isn’t set up for performance.

A figure that will appeal to buyers of this car much more than the 0-100km/h time is the claimed fuel economy figures of 4.4l/100km on a combined cycle which aren’t very far from what I managed to get out of it myself with some sensible driving. Equally appealing to prospective buyers is the relatively low emissions of just 114g/km enabling the Toledo to fall into road tax band A4 meaning a cost currently of just €200 per annum. 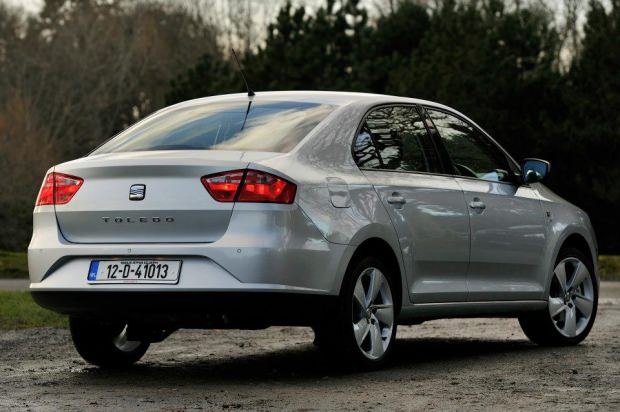 On the road the SEAT does have a degree of refinement on motorways although it does suffer quite a bit from road noise resonating through the cabin. The standard 16 inch alloy wheels with the Style trim level do help soak up some of the bumps and contribute to a slightly softer ride. Looks-wise they suit the car well so going for bigger 17 inch wheels that were spec’d on my test car isn’t really necessary. Visibility all-round is good as the Toledo’s design keeps the blind spots to a minimum and parking is aided further by the rear parking sensors which are available as a option should you require. 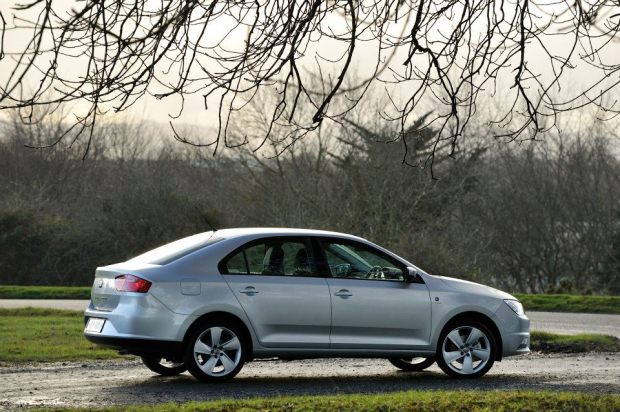 Those in the market for a good value, compact saloon will love this new SEAT Toledo. The robust interior and huge carrying capacity make it an ideal family car as much as it will suit the stereotypical cross-country sales rep. The lines may blur slightly between this and some other similar cars as you venture further up the spec list but my advice would be to keep it simple and you’ll have a great value car.