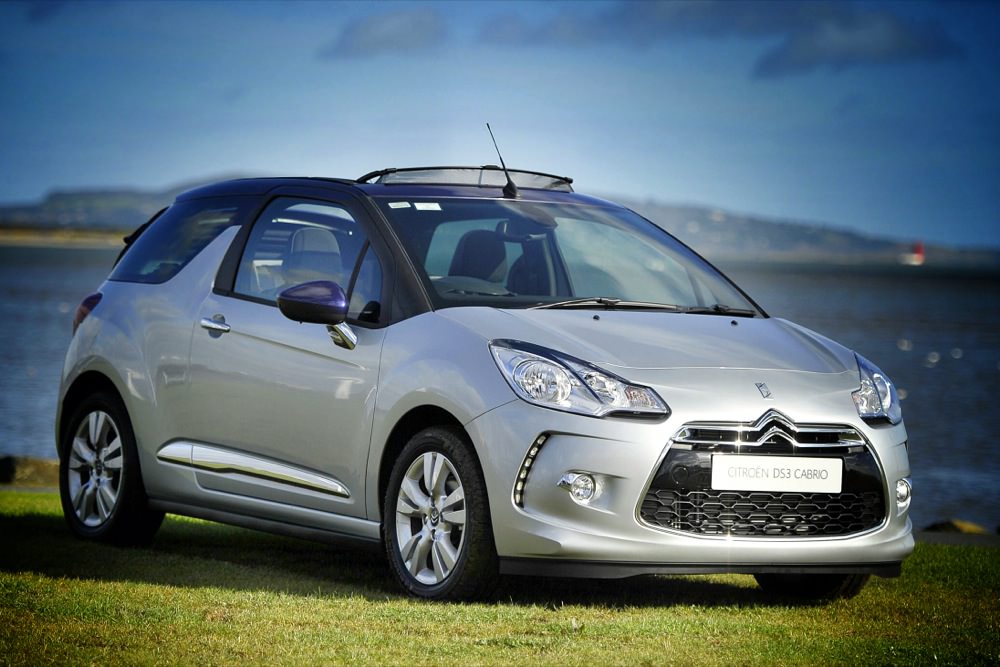 Summer might still seem like it’s a little far away but that didn’t stop the launch of the new Citroën DS3 Cabrio this week. Based on the DS3 which was launched in 2010, the new Cabrio retains the same silhouette as the hardtop. The convertible roof runs back along the centre, much like the Fiat 500, allowing for the feel of open-top motoring without losing too much of the structural integrity. 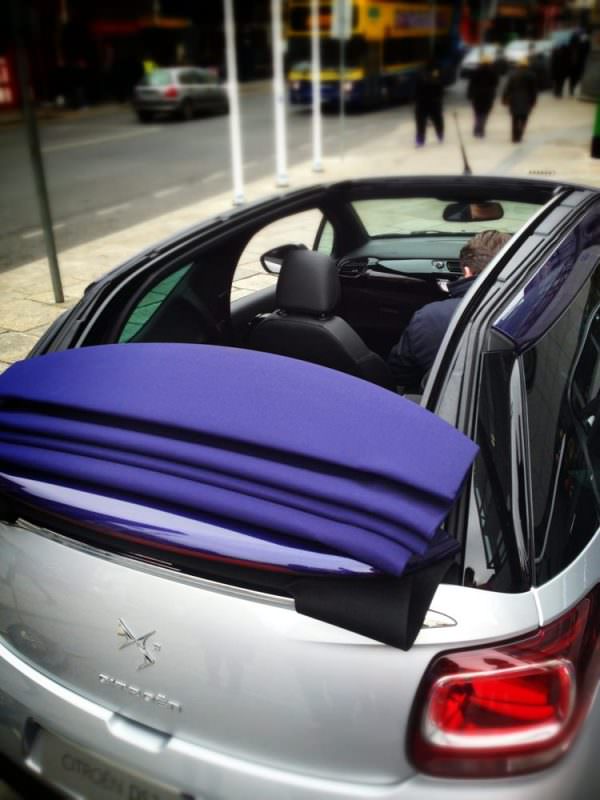 Like much of the DS range from Citroën, the roof along with the interior is highly customisable. The canvas roof is available in three colours; black, blue and in a DS Monogramme. The operation of the roof can be done at speeds of up to 120 km/h, something its rivals can’t offer. As the roof folds down, it doesn’t actually eat into the boot space meaning the Citroën DS3 Cabrio has the largest boot in its class. Although due to the design of the roof, the upward hinged boot lid is rather small, so getting larger objects into the boot is going to be tricky.

The DS3 Cabrio is also equipped with 3D LED light technology. The comprises of a rectangular opaline set of 31 LEDs and an ensemble of semi-reflecting mirrors that reflect the light guide into infinity. The 3D unit lights up at night when the headlamps are turned on and in daylight when the driver brakes. A 15-LED blade on the upper part of the light emphasises the 3D unit and serves as a side and stopping light. 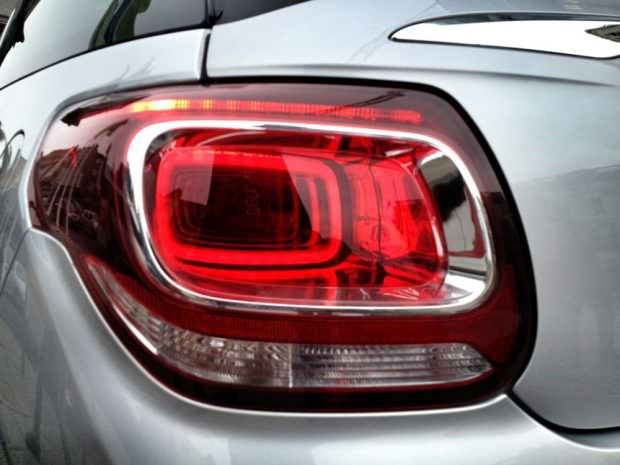 The step up to level two DSTYLE adds interior mood lighting, signature daytime-running LEDs, air conditioning and 16” ‘Ashers’ alloy wheels. At DSTYLE level the e-HDi 90 EGS6 offers the lowest CO2 at just 99g and delivers fuel economy of 3.8l/100km. The EGS6 gearbox provides the range with a diesel automatic option and is well suited to the urban nature of DS3 Cabrio.

The range topping DSPORT equipment level adds connecting box, digital air-conditioning, 17” Black ‘Bellone’ alloy wheels and the eye catching double chrome exhaust pipe. With a step up of just €1,500 the DSPORT grade comes with the sporty petrol THP 155 engine with CO2 of 137g or €280 annual road tax. The Citroën DS3 Cabrio starts at €21,145 and is now available to order from your local Citroën dealer.