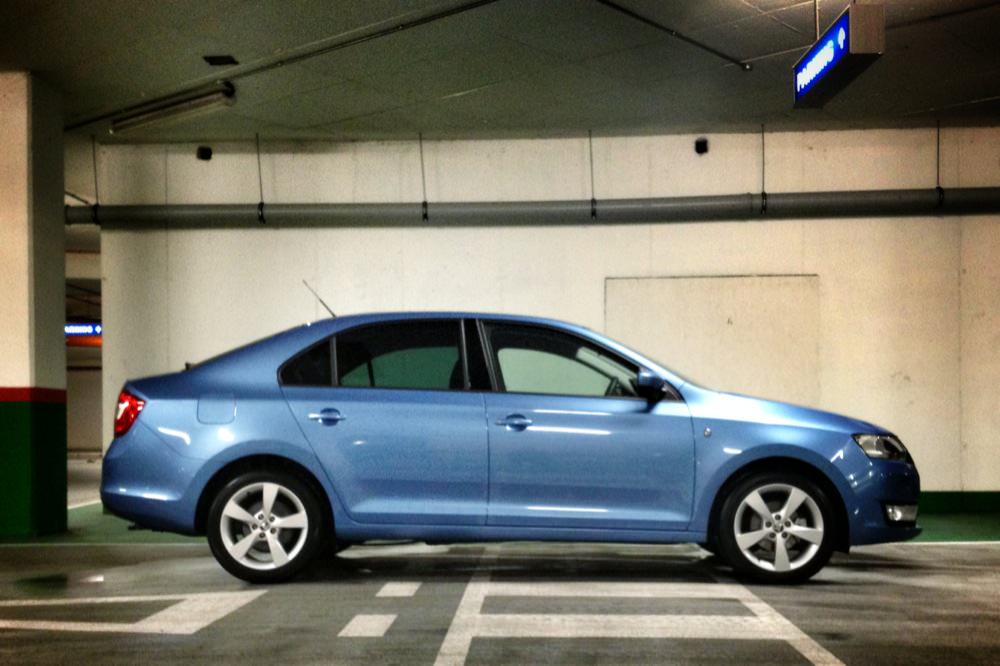 The Skoda Rapid may be a new addition to their expanding model range but in many ways  it fills the place of an existing model – the Octavia. The Octavia has always been a firm seller for Skoda but it is now entering its next generation which sees it grow both in price and size. So, as the Octavia moves on it leaves room for the new Rapid. It may be similar in physical size to the outgoing Octavia but it is a much better package. 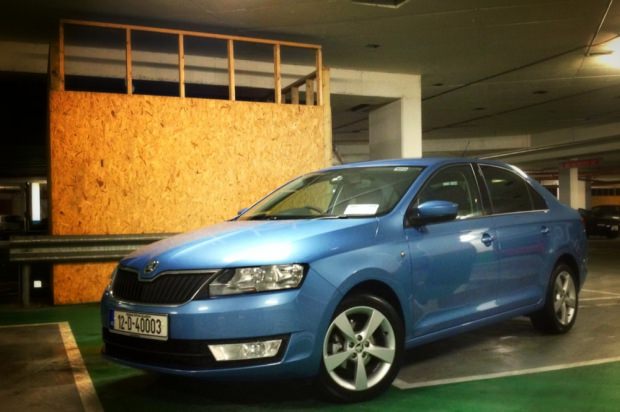 Visually the Rapid is a very handsome saloon that employs some very nice styling touches. The new front grille represents the new face of the Skoda range. The sharp lines throughout the rest of the body give it a very good and almost taut appearance. It may have a traditional three box saloon shape but the Rapid is in fact a lift-back which enables it to have an enormous boot-space opening. That boot is a very impressive 550 litres and you still have the option of 60:40 split-folding rear seats to help keep even the most enthusiastic of IKEA shoppers happy. 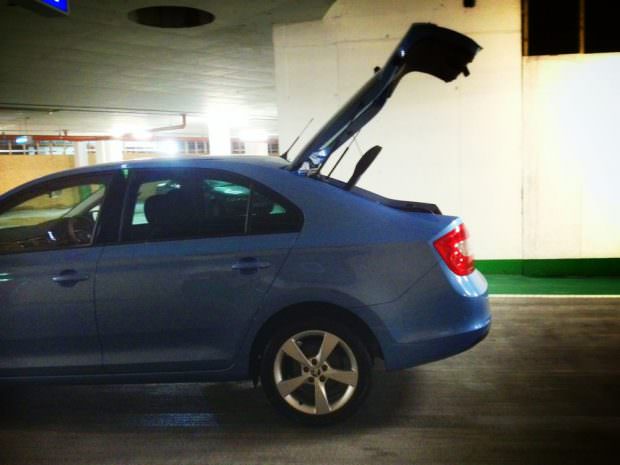 Four petrol and two diesel engines are available to order with the Skoda Rapid and in the case of this test car power came in the form of the 84 bhp 1.2 litre petrol engine. On paper that might look like it doesn’t pack too big a punch but in the real world that engine is smooth and more than adequate for most commuting trips while also managing to return some good fuel economy. In fact the more prudent of drivers will be able to extract almost diesel-like fuel efficiencies from this petrol engine. 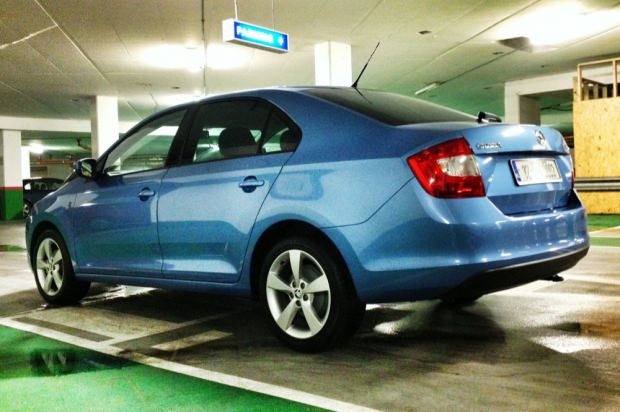 ” Rear passenger legroom is excellent, then again that is something we’ve come to expect from Skoda’s these days.”

On the road the Skoda Rapid might not live up to its name in terms of out and out performance but it’s certainly adequate for most. The outward view from the drivers seat is helped by the slender A-pillars which do little to hinder the view. The ride is compliant and comfortable but my biggest gripe was the level of road noise that is transmitted through the cabin. I found it not to be just the usual tyre roar associated with poor road surfaces, rather it was more like when one of the windows in your car is open just a tiny amount but enough to create that irritating nose that seems to tickle your inner ear. Throughout my week with the car I conducted numerous experiments of my own to try to remedy this but to no avail. The Rapid handles well on the road, helped by a semi-firm suspension which does a decent job of cushioning the bad roads while still giving you the feeling that this car can be hustled on a bit if required. 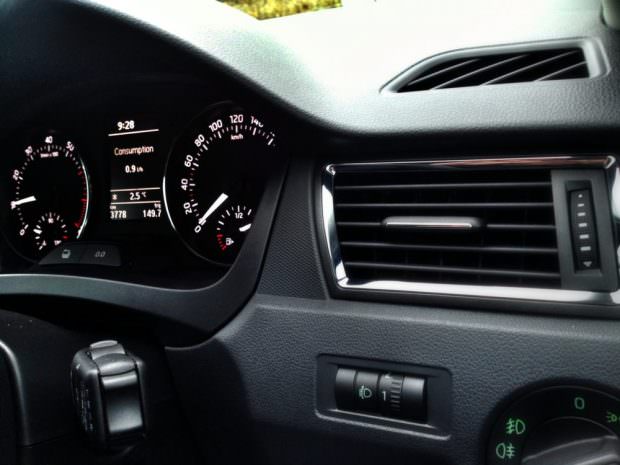 The interior of the Rapid does feel roomier than the outgoing Octavia did. This is helped by a more modern looking design which optimises space. The door cards are noticeably thin while the shallow dashboard adds to the spacious felling. Rear passenger legroom is excellent, then again that is something we’ve come to expect from Skoda’s these days. It is possible to fit three adults in the rear though it would be a bit tight, for two though it’s perfect while parents will be pleased to know that the rear also has two ISOFIX points. The rest of the Rapid’s interior is well appointed, in the Elegance trim level you get a ‘Chrome’ package which extends to the gearshift knob, gear surround and around the air vents – a small touch but one that makes the interior look that little bit more upmarket. Although I personally didn’t find use for it, you do also benefit from having an air-conditioned glovebox – handy for keeping those bottles of water cool.

“If space is what you’re after and you’re on a lean enough budget, the Skoda with a starting price of €16,515 does make sense.” 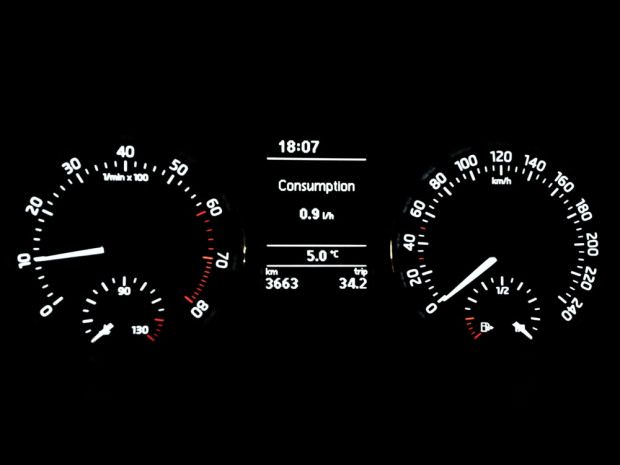 With the new Octavia growing in both size and price, the Rapid does make for a sensible buy. If space is what you’re after and you’re on a lean enough budget, the Skoda with a starting price of €16,515 does make sense. The Elegance 1.2 TSI I drove is priced nearer the higher end of the range at €21,405. Lots of potential buyers might be tempted by the 1.6 TDI diesel option but I really think the petrol engines on offer give both the value and frugality that people will want with a car like this.