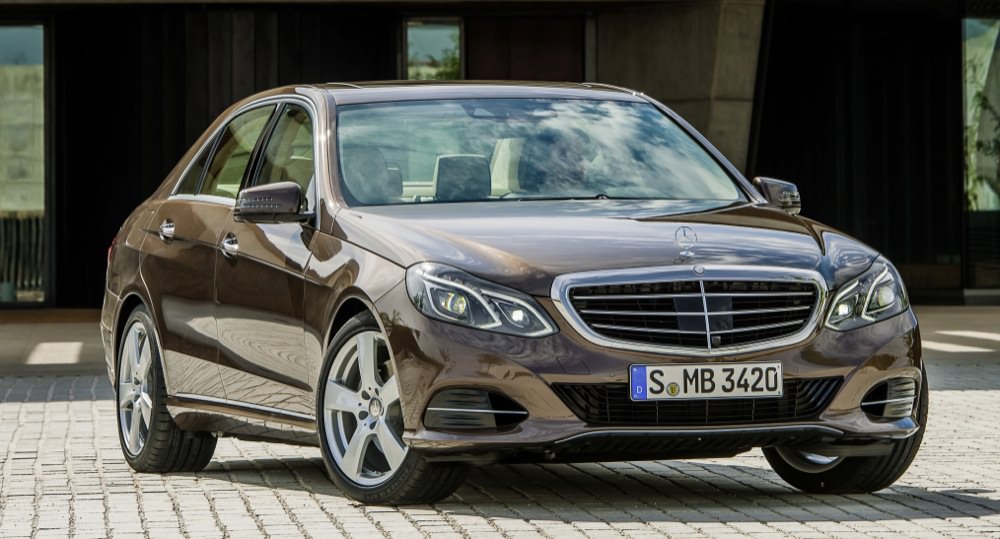 Mercedes-Benz E-Class saloon has been restyled by designers to give it a fresher look. The new E-Class is set to be in showrooms by the end of March or early April with an estate version following in late April. In May both coupe and cabriolet variants are expected to arrive.

The front end re-design by Mercedes gives the E-Class a very different look and have done so in an attempt to lure in new and younger buyers that they feel they may be losing out to their rivals. The front bonnet and bumper have been re-worked and now include a more stylish version of that classic triple-louvred Mercedes grille. New LED headlights on the E-Class incorporate new safety features while their visual design focuses attention on that grille.Inside changes have also been made to the centre console as well as a new instrument cluster, multifunction steering wheels and options of new wood and aluminium dashboard finishes.

Mercedes engineers have continued to improve their efficient engine technology. A new E300 Hybrid will utilise both diesel and electric power to offer fuel consumption of just 4.1 litres per 100 kilometres with emissions of just 107 g/km which would place it in tax band A3 (€190). All petrol and diesel engines also come fitted with start/stop technology as standard while most sales in Ireland are expected to be made up of E200 CDI, E220 CDI & E250 CDI BlueEFFICIENCY engines.

Both 6-speed manual and 7-speed automatic gearboxes will be offered and numerous safety features drawn from the new S-Class. These include a system that can detect driver drowsiness and another which can ensure that drivers keep a safe distance between the vehicle in front.

Describing it as the product of ‘a unique approach’ to car design, Mercedes-Benz passenger sales manager in Ireland, Ciaran Allen, said that it would arrive on the market at prices closely comparable to the current range. ‘Though exact figures have yet to be finalised, our aim will be to hold increases to just 1.5% approximately’ he said.