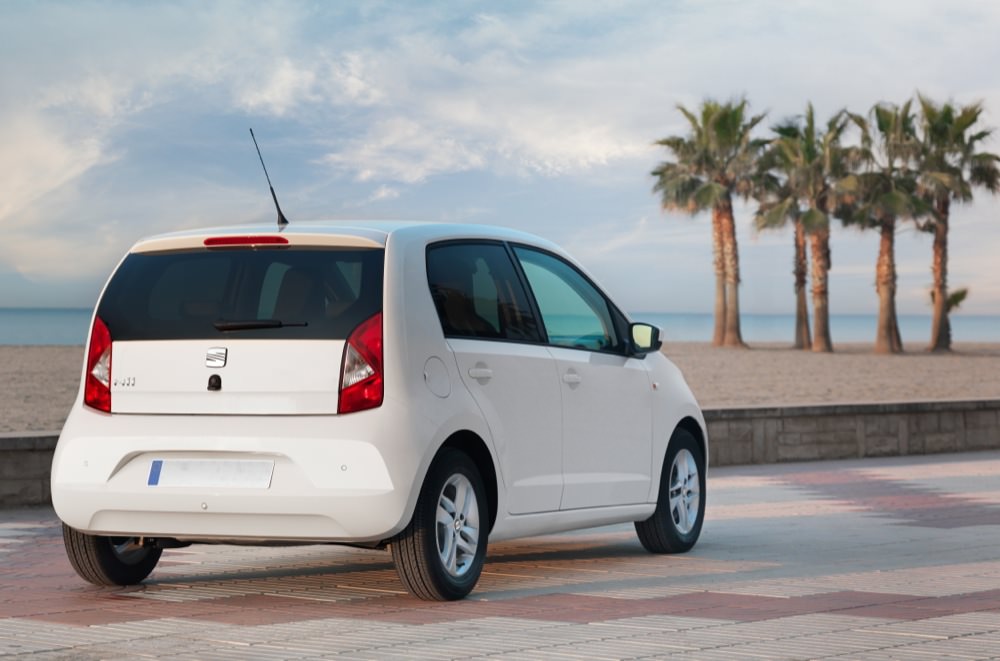 City cars nowadays are becoming far less shoebox-like and a lot more stylized to cater for their ever-more image conscious potential buyers. In a way these city cars are staring out of dealerships like puppies looking up at their prospective new owners. Today I’m looking into one busy litter that consists of puppies with German, Czech & Spanish bloodlines and have fun names like Up!, Citigo & Mii. 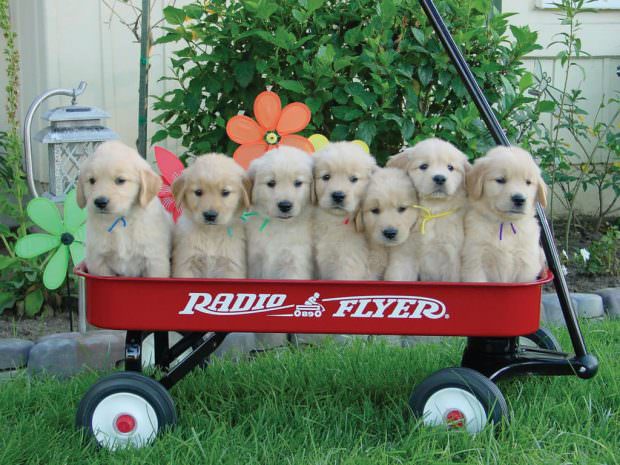 I’ve chosen the Seat Mii Sport which in this case is in its five legged, sorry, five door form. As with it’s Volkswagen & Skoda siblings, the Seat comes in three trim levels; Mii, Mii Chic & the ranger topping Mii Sport although unlike the others Seat only offer the more powerful version of that 1.0 litre three cylinder engine. 75 bhp in a car weighs just 929 kgs makes for more than adequate performance and to be fair the 13.2 seconds that it takes to do the 0-100 km/h dash seems longer on paper than it does in reality. Spec-wise the Mii Spot does come pretty well equipped with electric windows, sports suspension, ESC with Hill Hold, 15” alloy wheels and front fog lights with an automatic cornering function all making it in onto the standard item list. Aesthetically the Mii Sport’s interior has some nice touches, particularly the painted grey panel across the dash which compliments the leather three spoke steering wheel. 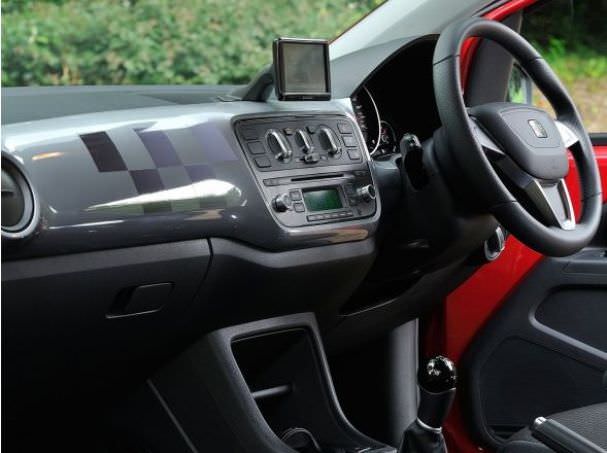 That little three cylinder engine is quite a punchy unit and around town offers more then enough power for daily commuting while still returning fairly decent fuel economy. The optional Seat Touch dash-mounted sat nav also houses an on-board computer which displays fuel economy and if you decide to pay attention to it will help you make that 35 litre fuel tank last even longer. It also acts as a bluetooth hands free device and has the ability to stream music  from your smartphone. At €360 it’s maybe not quite as cheap as some off the shelf sat nav units that can be bought but it is a very neat unit that slots right into the dash and is a much tidier option to having one suction cupped onto the screen with wires dangling down to a 12V socket. 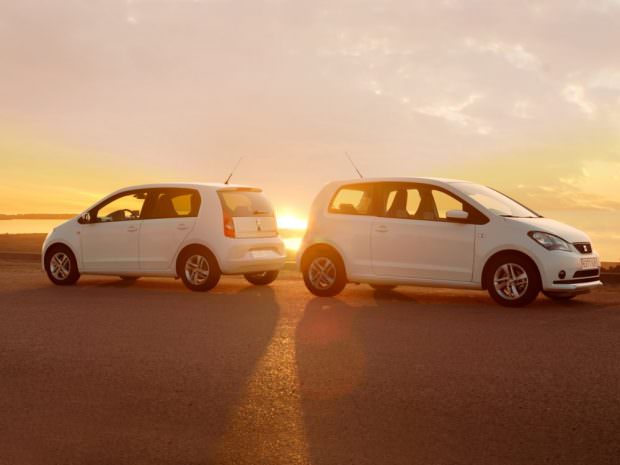 Despite this being the Sport model don’t think that the sports suspension makes it a more uncomfortable ride – it doesn’t. If I’m really honest I didn’t find that much of a difference between that and the standard suspension which was in the three door model I drove previously. It remains a standard option on the Sport along with the tinted rear windows, but don’t let it put you off too much.

Having driven both three and five door variants of the Mii, I still think the five door model is able to offer much greater usability for owners, particularly those that may have a small family, and considering there is only a €455 premium for the extra doors I think its well worth the little bit extra. Getting back to that litter of puppies, which one to choose from? With technically 40 puppies, sorry, model variants available to choose from it can be a tricky decision. For me, the Spanish breed makes the most sense both in terms of spec and pricing, and if I were to choose one that I’d have to spend my hard earned on it would be the 5 door Mii Sport. In red, because everyone knows red ones are faster.