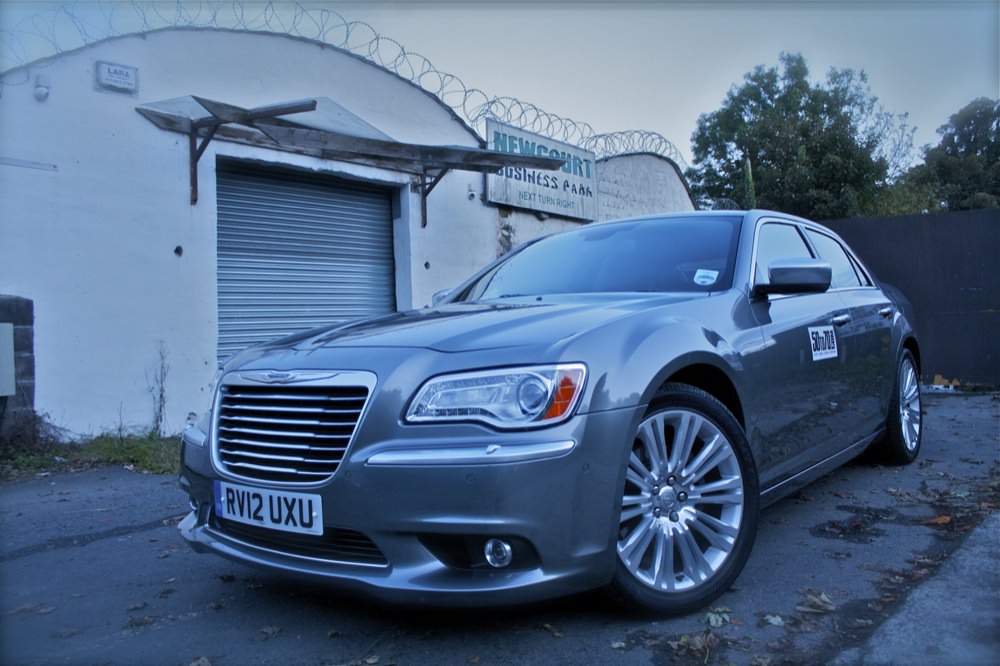 Chrysler’s new 300C is maturing into quite the executive saloon, sorry, sedan. If you were to picture the 300C as a person, the old model was that slightly young exec that had a bit of attitude and wore flashy suits with very loud pin-striping. He didn’t quite know how the corporate pecking order worked and more than likely upset quite a few people along the way. This new version is a more mature exec, working harder and in a slightly higher pay grade with less to prove resulting in being more comfortable in his own skin and thankfully with much more of a sense of style. 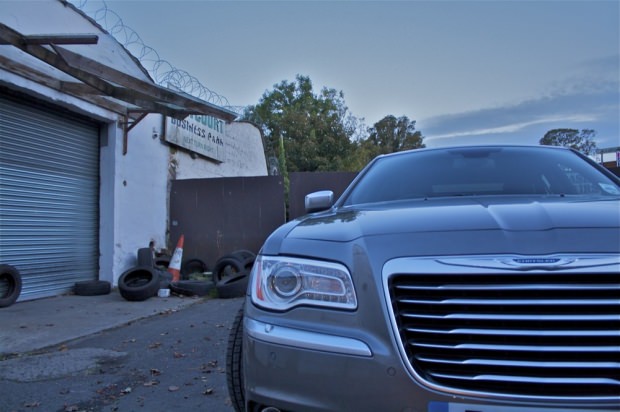 To look at the new 300C it is clear that the volume level on the looks end of things has been turned down just enough resulting in what is now a very good looking car. Yes it still retains an American look and still appears to have been machined from an enormous billet of steel, but that has now been done so with greater care and attention than in the past. Monster 20” wheels and a similarly sized though classier looking than before front grille also do their bit to give this car a serious amount of presence even when parked up. 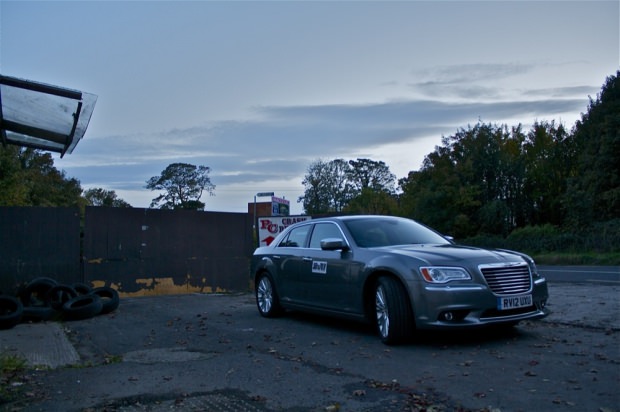 On the inside Chrysler’s flagship has received a make over that looks and feels upmarket while the accompaniment of options as standard is impressive. Electrically adjustable (in the front) and heated seats all round with the addition of air conditioning in the front seats look and feel very comfortable, while other features such as radar adaptive cruise control as standard make the 300C a more serious proposition to consider. The new model does retain that slammed look meaning for a small glass area all-round which without the addition of the optional full length glass sunroof could make the interior feel a little smaller than it actually is. Rear headroom does appear to be limited but I found that my 5’10” frame was more than comfortable in the rear. One other feature worth noting is the cup-holders in the front that offer both heated and chilled functions. Yes, I am that easily amused sometimes. 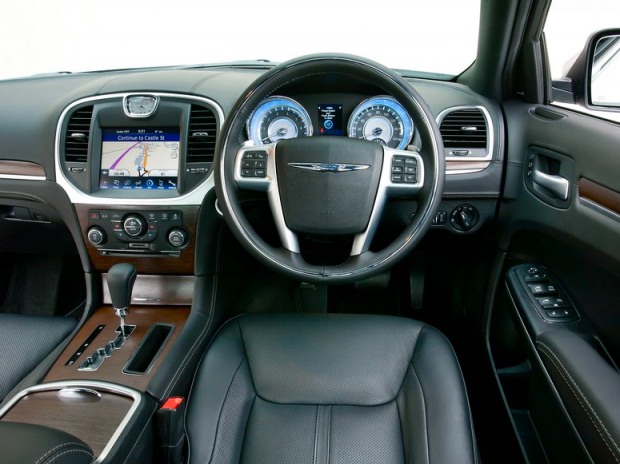 The drive in the 3.0 diesel V6 that I tested was a lot smoother and despite the provision of wheel mounted paddle shifts I found myself leaving its 5 speed auto ‘box in D the majority of the time. The 540 Nm of torque does allow for fairly rapid traffic light departures while the sound of the engine overall is quite tasty given that its a diesel and also offers reasonable but not amazing fuel consumption. Suspension comes in the form of short long arm up front and multi-link independent in the rear and is supple but there is still a degree of body roll when pushing the car a little harder through corners that you wouldn’t find in some similarly sized German saloons. That said, the whole character and feel of the Chrysler lends itself to being the sort of car that is more for cruising comfortably in rather than trying to tackle B-roads point-to-point against the clock. Weight wise it does tip the scales at 2,117 kgs which is hefty and over 400 kgs more than the BMW 5 Series. Feedback through the steering is good and well weighted though it feels slightly heavy at low speeds. 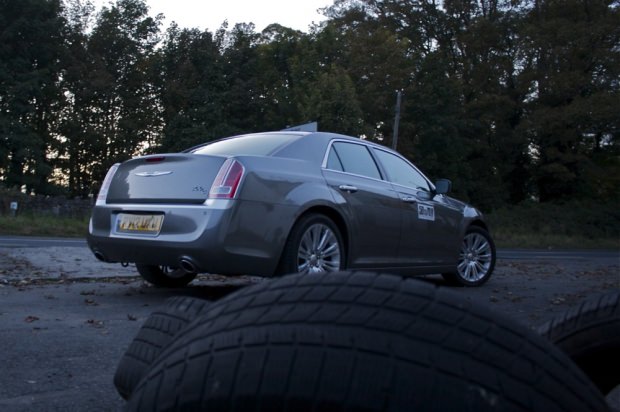 Being a newer brand on the block Chrysler is at a slight disadvantage to the more established brands and in the business world where the car is more of a status symbol than anywhere else the 300C faces an uphill battle to win over new customers. That said, the new car has moved on quite a lot from its predecessor and Chrysler are offering quite a serious standard options list in comparison to some of its German rivals where virtually everything is an optional extra. Features that include auto-dimming rear & side mirrors, blind spot warning system, LED running lights, fog lamps and adaptive headlights all coming as standard will do a lot more to lure in new customers and in an age where those customers are more focused on value for money than ever before Chrysler might just have what it takes with the 300C now.

The Chrysler 300C will be available in Ireland starting in 2013, with prices to be confirmed towards the end of the year.