So you find yourself in the market for a new car but you have a fairly set criteria list that it must meet. It needs to be good value for money, economical to run, practical and also not resemble something akin to a shoebox. Seat may just have ticked all of those boxes for you.

Their new Ibiza has had a rather sexy makeover and is now one of the best looking cars in its segment. The older model may have played it a little safe in the past when it came to appearance but the new Ibiza now looks sharp, fresh and very up to date. Seat’s generosity hasn’t just been restricted to the looks department either. Their Style edition is pretty well equipped, with air conditioning, 16″ alloy wheels, front fog lights, tinted rear windows, bluetooth with USB & auxiliary input all as standard. No matter what way you look at it, that’s a shed load of kit for its €15,750 asking price. 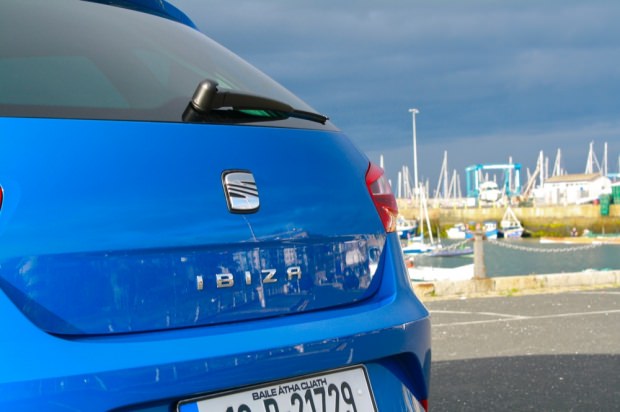 Despite being loaded with kit the Ibiza remains a fairly compact design and at just 4052 mm in length it is still an easy car to get into those smaller-than-normal city parking spaces. Boot space is average at 292 litres and also has split folding rear seats so there’s no need to rule out those trips to Ikea. The 45 litre fuel tank might not seem the biggest in the world but the Ibiza’s 1.2 litre petrol engine is fairly frugal on juice and returns a claimed 5.4 l/100 km on a combined cycle. Their estimated 4.4 l/100 km on an extra urban cycle is bordering on hybrid territory – something not to be sniffed at, especially if you’re an economical driver to begin with. 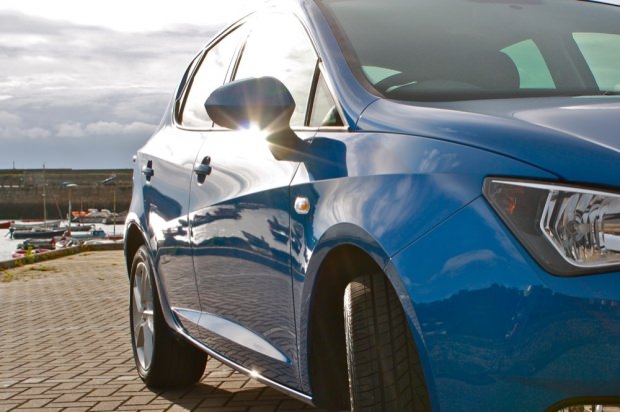 The drive might not be the fastest but then again if you’re flying by people aren’t going to notice those chromed headlights and LED rear tail lights now are they?! The 70bhp engine pulls well but loaded up with a full boot and four adults may start to feel a little sluggish. Taking that into account, the Ibiza does still handle well and can be a bit of fun when pushed on a bit. 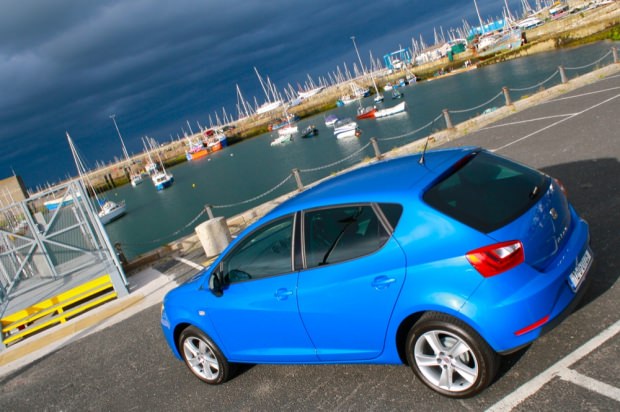 It’s clear that Seat want to aim this car at younger drivers and it’s hard to argue with the package that they have put together with the new Ibiza. Yes it wins on style, it wins on economy and running costs and I think it wins on price too. It’s a big step up from its new smaller sibling the Mii and although some of the cabin might have a bit too much plastic for my liking you have to remember that this isn’t a premium or luxury car. If this was going to be my first new car as a young driver I’d be pretty darn happy with it.