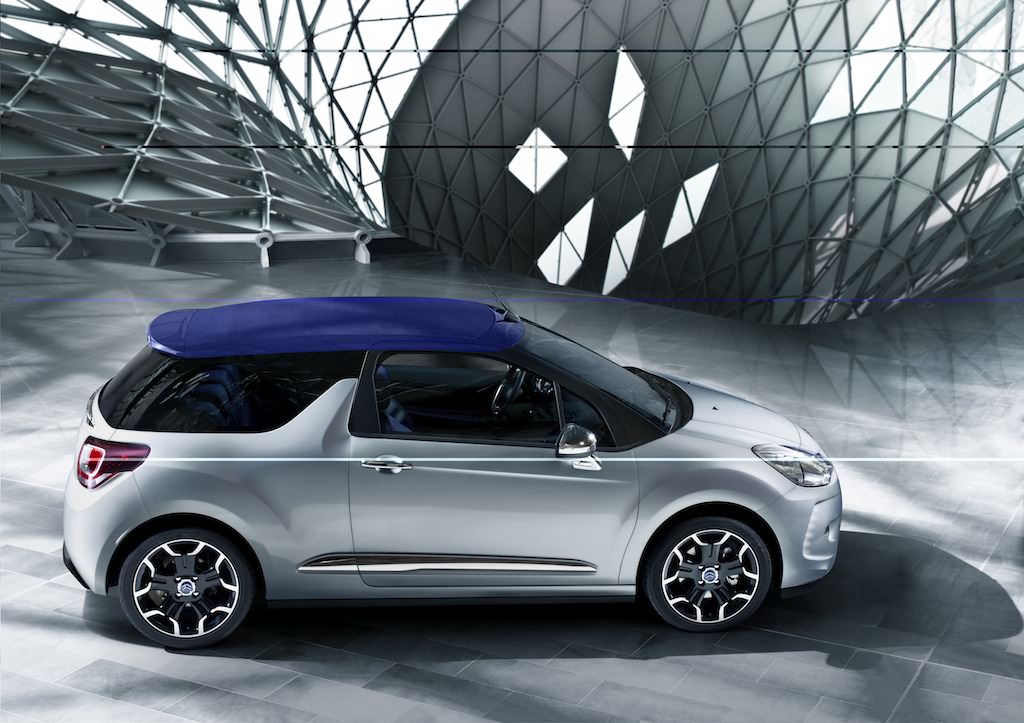 Citroen have pulled the wraps back on their new cabrio DS3 which will be on show at the upcoming Paris Motor Show. Retaining the same silhouette as its coupe sibling, the new cabrio has an electrically operated fabric roof which retracts to give its occupants the experience of open air driving. The DS3 Cabrio will offer a great deal of personalisation to prospective buyers that will include seven different body colours and three different roof designs – a traditional black, ‘Infinite Blue and a third which has a fashion label-esqe DS Monogramme. Despite having a retractable roof the DS3 Cabrio retains the conventional boot opening and luggage space isn’t lost as the roof does not need to be stowed away like in a normal cabrio. The DS3 retains the largest boot in its class at 245 litres. The interior is complimented with LED ambient lighting on the roof mounted console and also around the instrument clusters. New upholstery options reflect the exterior options and include Granit Blue leather as one option.

The DS3 Cabrio will be unveiled at the Paris Motor Show and will go on sale in early 2013.