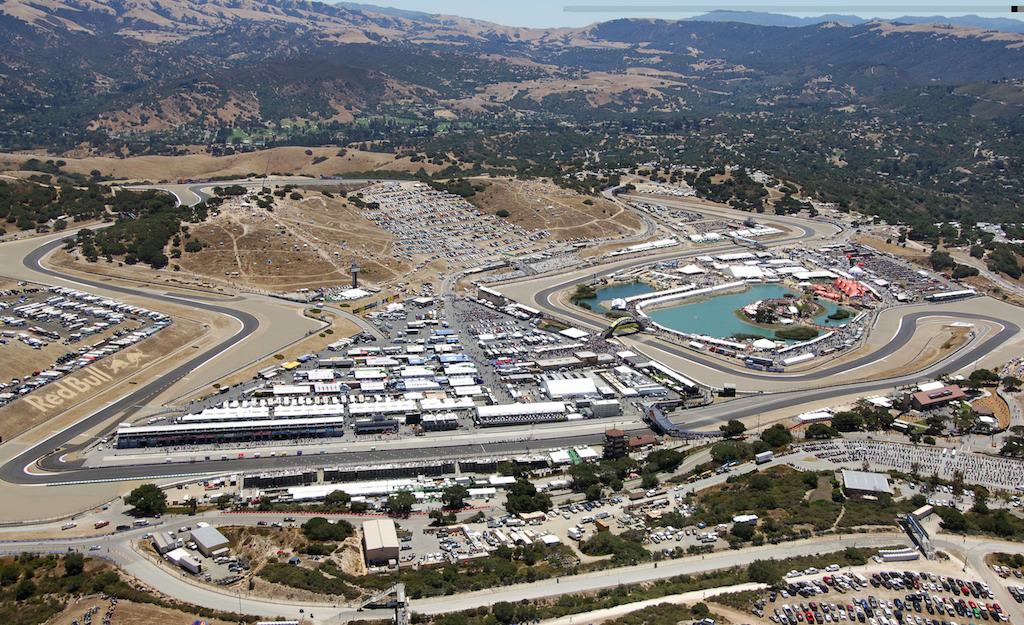 It’s time to put some ketchup on the burgers, order 2 kilos of French fries and possibly invade a foreign country as we head to the good ol US of A for round 10 of the MotoGP 2012 World Championship, at the cracking Laguna Seca circuit in California. Bathed in sunshine and overweight people, the majority of this circuit is fantastic, but its lady liberty is the corkscrew. A left right curve with such a dramatic elevation change that small children have often fallen off never to be seen again. It’s sometimes a bumpy track and it’s certainly one where the Americans should shine (or talk really loudly).

Qualifying on Saturday was a frantic affair, with the pole position being swapped between the Yamahas and the Hondas. Laying it over nearly the whole way was championship leader Jorge Lorenzo on the Yamaha. He managed to snatch pole from a very fast looking Casey Stoner on the Repsol Honda. Stoner, not a person to take defeat on his own bat, promptly blamed the CRT bikes for being too slow and also the nocturnal habits of badgers. Behind Stoner in both position and height, was Dani Pedrosa on the 2nd Honda, failing to find the last gasp pace of his team mate and countryman. 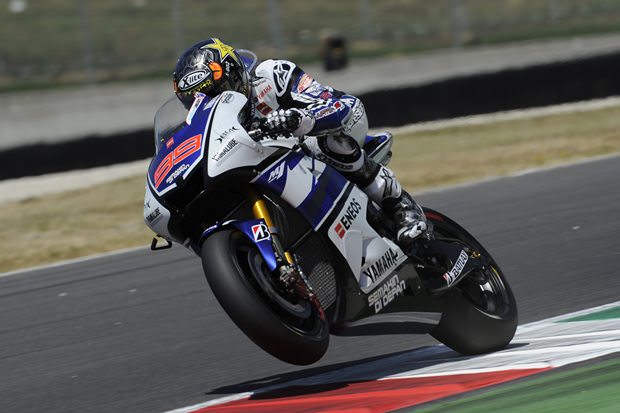 With the BBQ’s firing up, the Bud Light being quaffed down by the gallon, the lights flicked out and the race was off. From the start it was pole man (and awful celebration man) Lorenzo, who maintained his lead into the first turn as the pack jostled for position around the tricky left hand kink like an American car jostling for traction whilst trying to negotiate any turn of any kind. First to taste a bit of sand sandwich was Michele Pirro on the Gresini CRT and he wouldn’t be the last.

With the top three riders making the jump at the start, it was the great white American hope of Ben Spies who slotted into 4th position. Spies has announced he is leaving Yamaha at the end of the season, which isn’t surprising considering the season he’s had. And that horrific season continued. As Spies began to drop through the corkscrew, he fed a little too much cheese to the rear and unbelievably his swing-arm collapsed, spitting the unsuspecting Texan off the bike and into the gravel. This gifted 4th to Andrea Dovisioso on the Tech 3 Yamaha, followed closely by his team mate Cal Crutchlow. C2 was on Dovi’s backside for the entire race, constantly probing and looking and once again failing to find a way though. Looking at the back of Dovi’s bike must be getting more tiresome than Max Biaggi’s “Reasons I never won a MotoGP Title”. 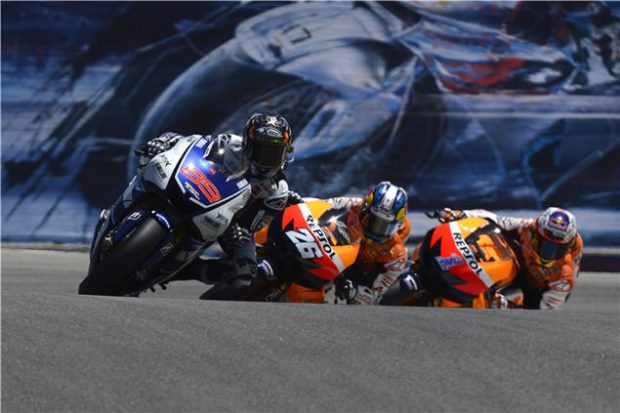 Behind the battling Tech 3 boys, a consistent Stefan Bradl on the LCR Honda was holding off Kentucky’s finest, Nicky Hayden on the Ducati. Hayden had been looking very strong on the bike all weekend, muscling it about like a squealing hog at a rodeo and wasn’t about to let a German usurp him at his home barn dance. In an inspired and clever use of local knowledge, Hayden dived up the inside of Bradl on the Rainey curve shocking both Bradl and everyone around, as rarely are overtaking manoeuvres witnessed here. With his lederhosen in a tangle Bradl lost initiative and Hayden was through for a well deserved 6th.

Ahead of the battle behind him, and too far from the leaders, Pedrosa trundled around in 3rd after failing to hold off his hard charging teammate to score another podium. Lorenzo seemed to have the edge, using the first laps to pull away as Stoner seemed to struggle with his tyres. As we headed toward the mid-point Stoner found some extra hot sauce and began to claw back Lorenzo. Once he was on the back of Lorenzo he started showing the nose of the Honda at almost every corner. He ghosted him at the Rainey curve, forcing Lorenzo to block the entry to turn 11. This allowed Stoner to take a much better line through it and out drag Lorenzo down the straight, nipping under him at the kink. Once in front Stoner held his lead like a fat kid holds a cheeseburger and took the chequered flag. 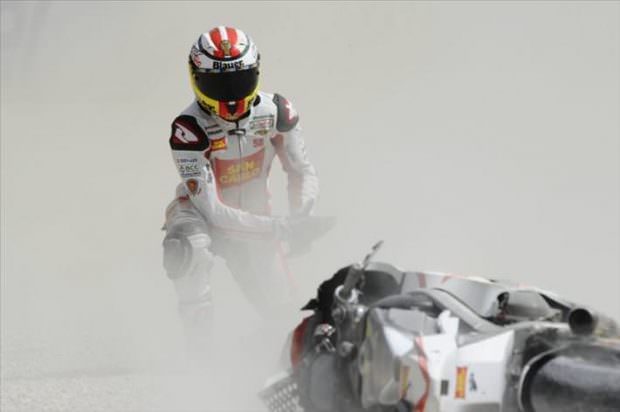 At the CRT end of the field it was Aleix Espargaro on the Power Electronics Aspar who topped the CRT field. His team mate Randy DePuniet was almost shunted off by the tumbling Pirro near the start but couldn’t catch up to Aleix. As baffling as a George W. Bush lecture on physics was the sight of Karel Abraham being beaten by a CRT bike. I know the Ducati’s suck, but seriously! Further back, some CRTs finished, some retired, and James Ellison had a hefty fall on the Paul Bird Motorsports machine. Rider of the race goes to Nicky Hayden again. He continues to excel on the rubbish Ducati whilst his highly paid and highly sulking teammate continues to crash and complain about it. A sublime pass on BradI, a new contract for more Bolognese with Ducati in 2013, Yee haaawww!

After a few very wobbly races, the sulker from down under was back to his best. A great race, a great pass, and some points gained in the championship. With Stoner back on form, it only bodes well for more tussles between himself and Lorenzo in the future, which means more fun for us watching.

Stoner and Lorenzo are head and shoulders above Pedrosa anyway, but in a repeat of previous races, Ped-Bot was unable to stay with the frantic pace of the leaders. This weakness has reared its head once too often now, and although he is consistent, he’ll need to raise his game if he wants to bag a MotoGP championship.

Next up is a 2 week break before we head further into the land of McDonalds for the Indianapolis GP. I’ll see you there.