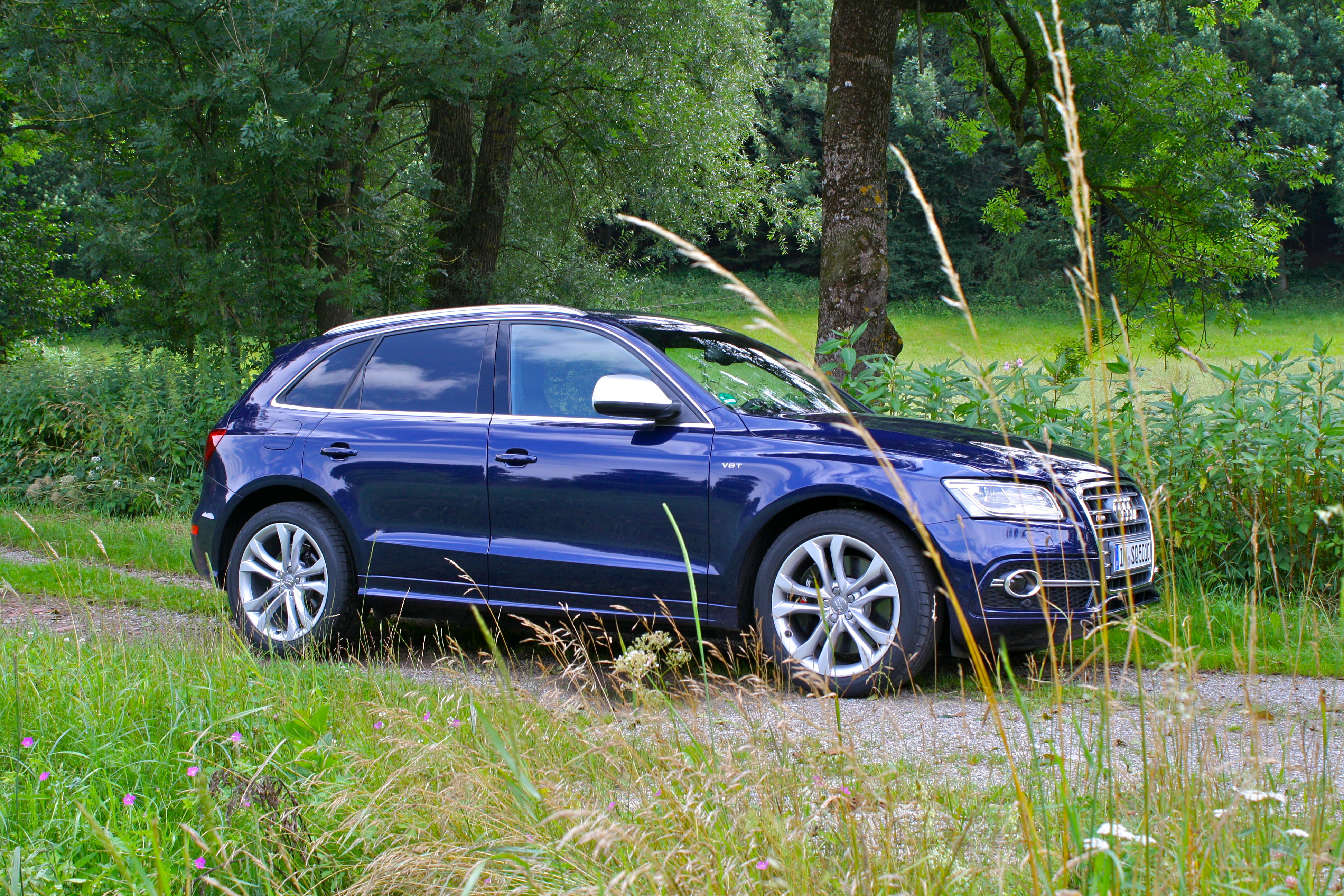 This week I flew into Munich in order to attend the International Press Launch of the updated Audi Q5 and you can read more about it in this article. Although starting off as a slow burner sales wise when unveiled in 2008 it has in fact grown its sales figure each year in succession to a total thus far in excess of 430,000 units.

For this completely updated model, Ingostadt’s finest have engineered a mid-size SUV that is now 15% more efficient over its predecessor and is also now the only hybrid model in its class. 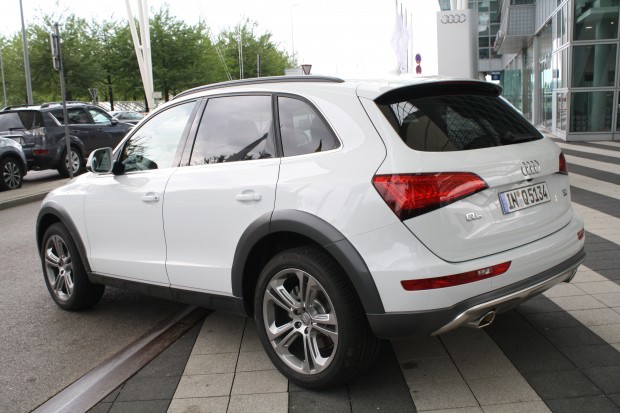 Cosmetically the Q5 may not seem radically different, Audi know they’re onto a winning formula so instead they have simply massaged and tweaked their current design to incorporate some of their latest design language while also adding a new language dialect unique to their Q range. At the front is a more confident and defined grille which flows down to meet a redesigned frontal area whilst at the rear is a sportier looking diffuser and flat bottomed exhaust tips.

On the tech side of things Audi have really strengthened their hand. Their ‘Driver Information System’ is now standard on all models. This also includes a system that actually learns its drivers characteristics, continually monitors the steering inputs and other parameters and can detect when your concentration levels begin to wane over a long trip and alerts you with a recommendation to make a rest stop.

Other impressive systems include a radar-based adaptive cruise control that will control acceleration and braking automatically in order a safe distance from the car in front. When combined with Audi’s lane departure system which uses a camera located in front of the rear view mirror to ‘watch‘ the lines on the road and has the ability to nudge the steering to prevent its occupants from drifting between lanes, you effectively have a vehicle that in certain circumstances can literally drive itself. 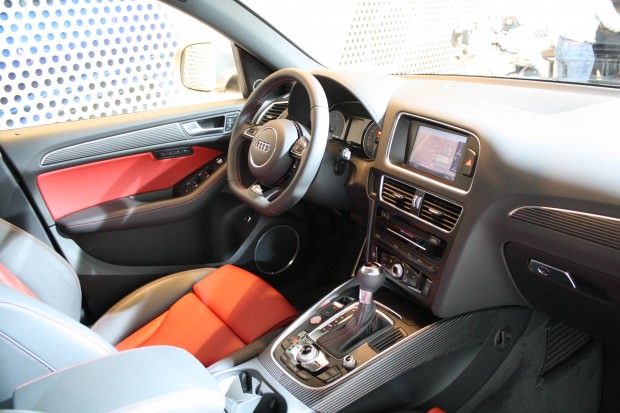 For those of you that crave information and social media like a form of oxygen you can also have the option of having an integrated WLAN hotspot built in allowing you to have WIFI for up to eight devices while on the move. And it does work – I was able to make FaceTime calls on my iPhone whilst traveling down the autobahn. The sat nav system uses Google Earth to give you a real life view of your route and also uses Google StreetView to show more detailed locations while Bluetooth also becomes a standard feature.

But lets get to the drive. Starting off with what will undoubtably be the strongest sellers in the Irish market – the 2.0 litre diesels. Although not a great power difference between the two power units, only the more powerful is available with an automatic transmission. That said I found the manual six speed in the 143bhp engine to be well geared and struck a good balance for city and motorway driving. The automatic option in the 177bhp is Audi’s S-Tronic gearbox and offers near seamless shifts as well as a semi-manual option should you desire. My only gripe with this is that it tends to slip back into full auto mode very quickly unless you are continually working the gears.

One of the more striking features I noticed was the sheer size of the door mirrors. They’re enormous! Yes they give the driver excellent rearward visibility but dare I say they’re nearly too big. They do also house the optional blind spot warning system. The rest of the visibility is more than adequate and combined with the Q5’s slightly elevated driving position offers the driver a confident and commanding view of the road. Both of these should fall into Tax Band A meaning cheap road tax and superb fuel economy too. 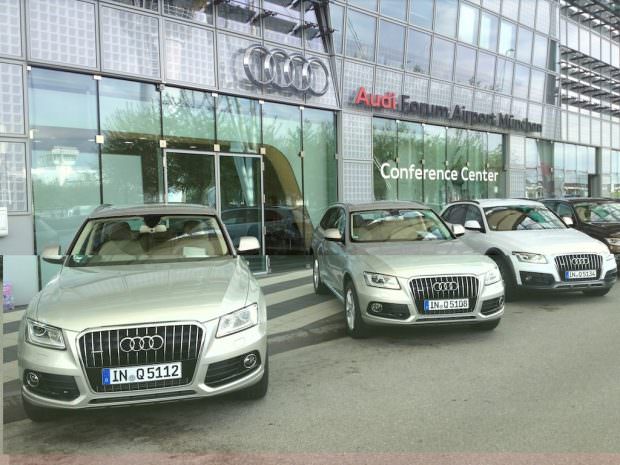 So naturally after spending the morning being so polite and sensible it was time to try out their latest beast – the SQ5 TDI to give it its full title. It marks a whole new model for the Q range and also is the first ‘S’ car to be a diesel burner. Given the recent developments in diesel technology its hard to know just what to expect from this. As soon as I push the Start button all becomes very clear. The rumble from the quad pipes at the rear emit a note unlike any diesel I have ever heard before. Slip into Drive and the beast creeps forward with a mood that means business. Departing Munich Airport onto the open roads and I give the SQ5 its first dart of throttle and my head is kept very much against my seat’s headrest as a vast amount of its 650 Nm’s of toque surge me and my rather brave occupant forward in a fashion that I become instantly addicted to.

This isn’t just a fast SUV, this is a machine that you can feel every bit of which has been honed to extract performance, to work, and to give its passengers a proper performance experience. And it nails it. Heading onto smaller twistier roads and the chassis appears to be extremely well sorted for its body type. Body roll through corners is almost imperceptible while getting hard onto the brakes demonstrate a composed and settled response. The SQ5 may be a true halo model but today the world is a better place for having it. Audi’s S-cars no longer need to be exclusively petroleum aficionados.

The new Q5 range is available to order now and arrives in Ireland in September starting at €40,395, while the range topping SQ5 TDI will be available from early 2013 priced at €72,550.

most popular dating sites in california