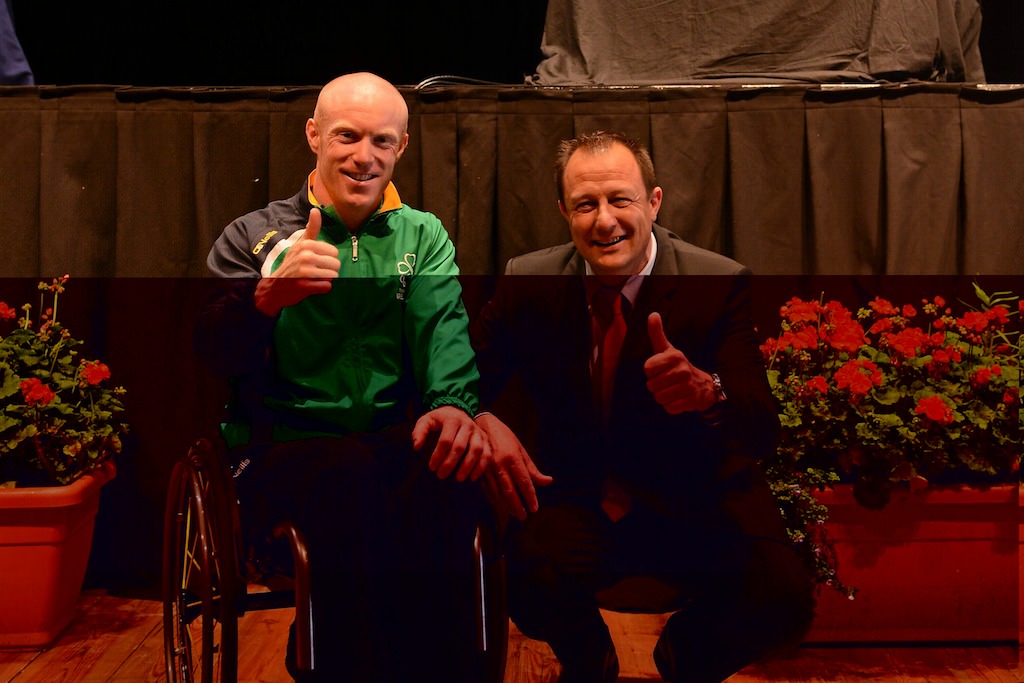 With the Paralympic Games just weeks away now, Renault Ireland have been adding their support to the Irish team which consists of 49 athletes who will soon travel to London for the 2012 Games. One of their brand ambassadors is Mark Rohan from Ballinahown in Co. Westmeath who is the current double hand cycling world champion and will be competing in the HC1 Time Trial and the HC1 Road Race in London in August.

Renault Ireland MD Eric Basset said; “It is such an honour and we are so proud to be involved with these amazing athletes and we at Renault Ireland congratulate all 49 athletes who will be heading to London in August to compete in the 2012 Paralympic Games. Mark is a true champion, as are all the 49-strong team and we wish them the best of luck in London and will be supporting them all the way. We launched our sponsorship of the Irish Paralympic Team over two years ago and we are now so close to the Games – it has been a fantastic journey for our staff, network and customers”.