Its one of the first cars that I remember seeing in my early youth that looked like nothing else on the roads of Dublin at the time. The Fiat X1/9 this year reaches a milestone – its 40th birthday. To mark this occasion Fiat Ireland threw open the doors of their HQ, the aptly named Agnelli House, to welcome 25 owners of the iconic model.

Launched in 1972 the X1/9 wore sharp and angular lines that were a trait of its designer Bertone. It matched the other icons of that time in style but it was a more affordable option, allowing near-supercar looks for a lower price. Its mid engine rear wheel drive layout suggested serious performance but in reality the 1290cc that appeared in early models managed to generate just 75bhp. Later models did see (slightly) more powerful engines fitted and in total over 140,000 units were sold. Many have gone, but its great to see that the ones which have survived are in good hands. 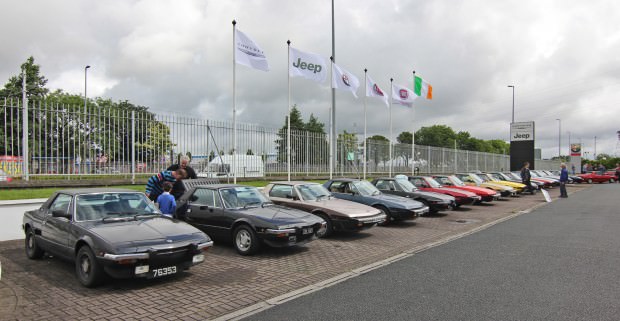 For a full gallery check out our Facebook Page here