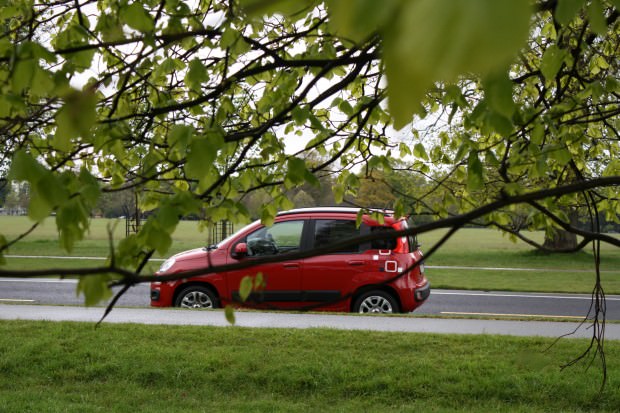 To look at from the outside Fiat’s new Panda has a rather quirky appeal to it. It looks like fun to be honest. Appearing far more curvaceous than its predecessor the new Panda certainly appears to have had some of the 500’s coolness rub off on it. It may not be the biggest car in the world – just 3,653 mm long, but its roofline is high enough to easily accommodate actual real grown-ups in the back – but I’ll come back to that in a bit.

Let me start with the exterior. Much has changed with the new Fiat yet it’s still instantly recognisable as a Panda – something which I think has more to do with the fact that it could almost be considered a semi-iconic design, almost in the same realms as the Beetle and dare I say it 911. And before any purists jump down my throat, I class it in with the Porsche because the Panda is one of those shapes that is instantly recognisable. This second generation Panda has as I said become curvier and its all the better for it. Walk around it and its hard to find an angle that isn’t bad to look at, something few cars in this class could claim. 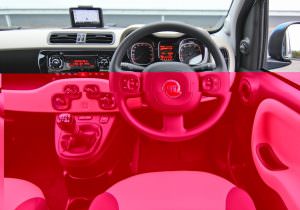 The interior has received an equally funky treatment – its covered in ‘squircles’. Everywhere you look you notice these square-circular design touches to the point that I almost was going to count them. The door trims even have the name Panda embossed into them very subtly. The near vertical dash does an excellent job of giving the impression of spaciousness while the large open cubby hole on the passenger side is actually very handy for chucking things in and there is a ‘proper’ glovebox underneath for stowing things away out of sight. Other neat features included a quick release system for the on-board sat nav system which gives you the option to not just take the unit but in fact the entire cradle out with just the push of a button.

Into the rear and access couldn’t be easier thanks to the well sized doors and higher seat height – something parents would find handy when strapping in miniature terrors. From an adults perspective the rear seats offer adequate leg room and enough headroom to make for a comfortable journey. Where cabin space grows boots space diminishes (slightly), boot capacity is 225 litres which could be bigger but rear seats do also flip down quite easily to give a lot more room (870 litres). 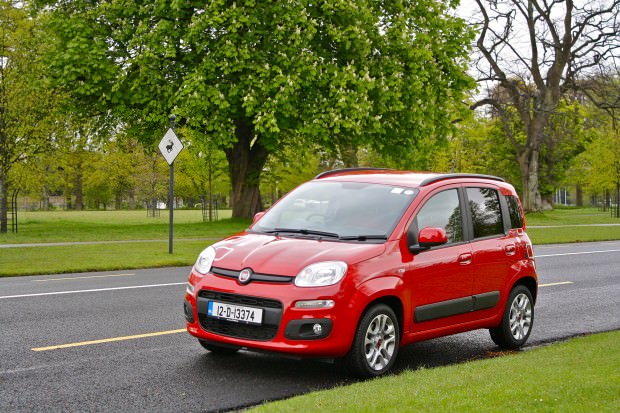 Although it may be small, what it lacks in size it makes up for in spec; standard features include things like electric front windows on even the base model while the ‘Easy’ spec comes with front fogs, roof bars and an upgraded stereo system. Other boxes that can be ticked cover things like climate control, Blue & Me bluetooth media system & parking sensors.

The drive is what impresses the most with this new Panda, and the revised 1.2 petrol engine shines through. When you don’t drive this car like a stereotypical Italian its rather impressive at just how frugal it can be. It may be modest when it comes to performance figures (69bhp) but the squircular Fiat can still feel quite nippy around town whilst on the motorways it remains fairly dignified although I did feel that the lack of a sixth gear could prove a little annoying on longer motorway journeys.

Was I won over? Definitely! The Panda makes for a great little all rounder – it was fun and relatively practical for me, more than a 500 would be and I could also see how suited this could be for a small family too. Its certainly a strong contender and full of character.