Automotive technology has moved on in recent years at a pretty impressive rate. In terms of safety we now have systems that detect and even intervene in order to avoid potential collisions – and these systems are not just on top of the range cars either – the small sized Volkswagen Up has it. Fuel efficiency systems monitor our driving and in certain cases will shut down a number of cylinders in order to save fuel – something I’ve experienced in the V8 powered Jeep Grand Cherokee as well as the Audi A1 Sportback. In addition to this, diesel powered cars such as the Audi A4 offer enough fuel range to enable driving from Dublin to Paris on a single tank.

Then there is the other side of automotive technology, the side that allows you to do things that you didn’t think were possible. One such example of this is the Nissan GTR. For example, it employs a traction control system so advanced that only a handful of people on the software development team actually understand how it actually works. So as you can imagine I was very keen to sample just exactly what the GTR was capable of and my plaything wasn’t just going to be a standard GTR either, instead I would be driving a ‘slightly tweaked’ 612bhp monster. 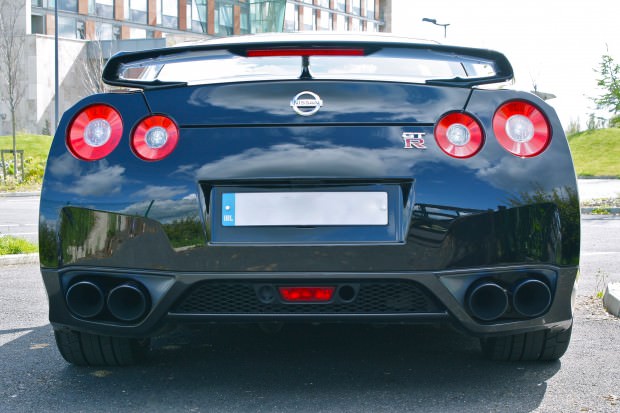 One of the things that I really love about the GTR is the fact that it so proudly wears the Nissan badge. It’s not subtle or discreet about it. Nissan make relatively good economy cars like the Micra, the Juke, and THIS. They haven’t gone and tried to badge it as something from a different performance division, it wears the same logo as the rest of the range. Sure they’re made at a separate facility by a team of people who only work on GTR’s, but I just love the madness of it and also admire the pride they must have in it.

So back to the GTR, or should I say tweaked GTR. Aside from the standard stuff, this machine also wears a full GTC 90mm Titan Titanium Exhaust System with GTC 80mm air intakes and filters which allow both turbos to breathe a little easier. Helping with the firing end of things are ID1000cc injectors while the engine software has a custom map courtesy of Ben Linney (Nissan GTR tuning guru) all of which helps the V6 engine crank out just under 600lbf/ft of torque.

The transmission system under the GTR is one of the real stars of the whole show. It’s gearbox is capable of handling huge amounts of torque and transmits its power to each corner in varying degrees thanks to an incredibly complex traction control unit. But that’s enough nerdy stuff, it’s time to see what all this translates to on the road. 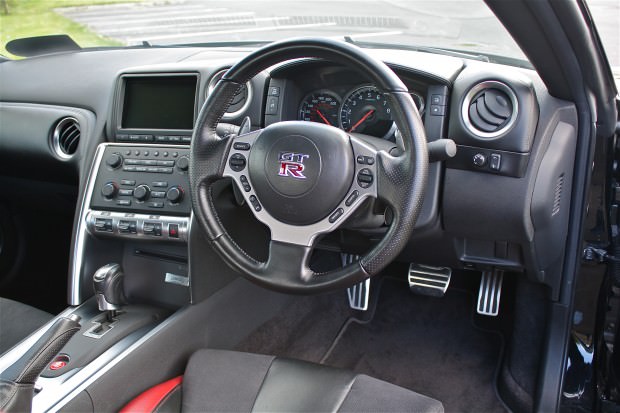 Sitting into the GTR and you’re surrounded by a vast array of information – there are buttons everywhere while taking centre stage on the dash is a huge rev counter that goes all the way around to 8. The control panel on the left offers an array of different options from fuel maps to G-Force meters and data logging all via the colour screen. Oh, and the traction control button.

Press the red starter button and the GTR spins into life with a purposeful burble. Slip the gear selector into Drive and Godzilla pulls away effortlessly. I decide to easy myself into this so as I remind myself of the power that lurks underneath. The ride isn’t so harsh even on B-Roads and when simply cruising along its feels almost refined. Don’t get me wrong, this is no comfortable S Class but it’s certainly soft enough that it could act as a daily driver.

Drop two cogs, nail it and two things happen; it begins to eat up roads in manor that you would have thought only possible in a car worth many times more. The other is just how composed the car feels during all of this. I get the sense that I’m barely even scratching at the surface here and the car is merely just humouring me. I push it on a little further yet I just picture the car is yawning in a “Is that the best you can do” way. The thing with the GTR is that you have to in some cases drive through what you thought was the limit and trust the car’s systems. They’ve been designed, tested and proven to work and even if you try to push the GTR towards its limits on the road the most you will get is some progressive oversteer before it immediately snaps back into line by shoving some more power to the front wheels. On open roads it pulls so hard in every single gear that even the digital speedo is struggling to keep up. It’s V6 just never seems to even hint at running out of puff at any stage and all this while delivering a simply exquisite exhaust note. 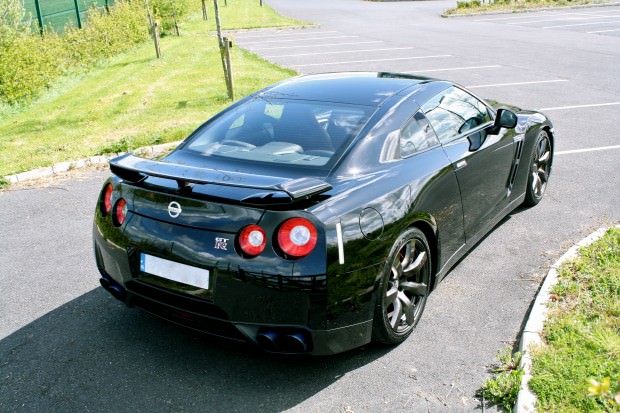 The biggest impression that the GTR leaves you with is just how good it’s electronics are. I know there are many traditional drivers that claim that there are too many systems on cars these days, I myself rued the day that Ferrari no longer offered the manual option on their cars but there are cases like this GTR whereby the electronics are so good that to not have them on this car would result in, I think, an inferior car. Indeed I believe the biggest weak point in this car’s performance is the organic mass behind the steering wheel. If you have complete faith in this car’s abilities and technology you will be astounded – most people will back off before they reach that limit – I did, but what I did experience was exceptional. Apart from less than a handful of cars that cost well into seven figures I don’t think there is a car on the market today that can taunt physics quite as much as the Nissan GTR.