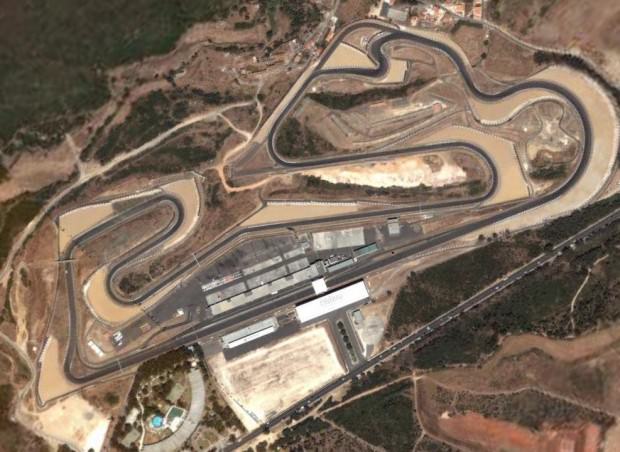 Estoril is the Portuguese round of the MotoGP world calendar, but considering its proximity to Spain, it’s essentially another chance for the Spanish to lord it up for a weekend in their neighbours back yard, drink way to much sangria and gloat about the amount of Portuguese riders in the field, which is none.

But that aside, it was time to qualify and what a qualifying session we had. The top three were separated by a margin smaller than the chance of James Ellison remaining in MotoGP for the rest of the season. It was Stoner stealing honours from Dani Pedrosa with the now bafflingly good Cal Crutchlow rounding out the Top 3. It’s worth pointing out that he did that on non-factory Yamaha, beating both factory boys of Lorenzo and Spies. Something akin to evading a motorcycle cop on nothing more than a Vespa. Surely we were shaping up for a great race.

The lights dropped and fastest off the block was Jorge Lorenzo. Clearly a few choice words from the Yamaha brass about a certain E-Spec rider on a B-Spec bike had put the fire in Lorenzo’s belly and he leaped in to 2nd position as Stoner took off in his customary front running style charge. Those choice words to Spies must have rattled him quite a bit, as he went from his not too shabby starting spot of 5th and drop to 8th via a host of hilariously braking mistakes. On 4 occasions Spies ran wide enough to let the Titanic pass through, much to the delight of Dovisioso, Bautista and Rossi. 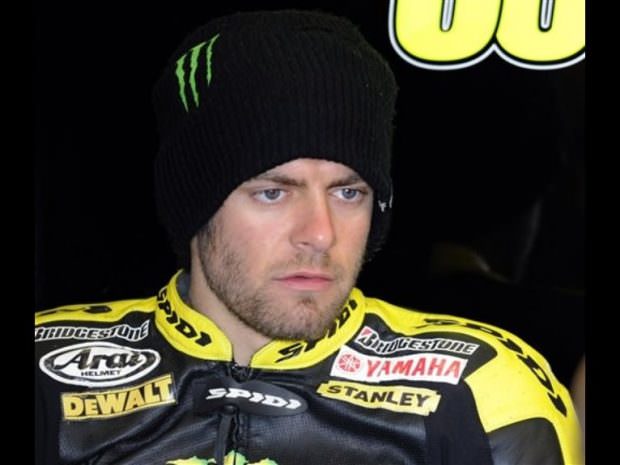 And it was Dovi who was on the charge, catching and passing teammate C-Squared, only to be hounded all race long by the number 35. Dovi did enough to hang on 4th, with Cal being magnanimous in defeat saying “Dovi just rode better today”. Casey Stoner, the things you could learn.

Further back Rossi, was surprisingly passing people. Though it did look like a wheezing tractor, the Ducati was certainly a little more agile during the race, but still a horrendous nail. A new engine is due soon, which is good, as not even an old 916 engine could make that bike any worse.

Now you’re probably wondering what was happening at the front right? Wondering why I haven’t mentioned it yet? Well that easy, nothing happened. And I mean nothing. It was as entertaining as reading Yonny Hernandez’s “Greatest 14th Places”(which would not include today as he failed to find the finish line).

Stoner held the lead for the race, and though at one point it looked like Lorenzo was closing, it was all a sham, as Stoner coasted to another victory ahead of Lorenzo, ahead of Pedrosa a left me struggling to stay to awake to sit through it all.

Back in the CRT end, it had been a bad start to the weekend, with an unlucky crash in qualifying causing Randy DePuniet to limp back to the pits, and the unfortunate Colin Edwards to limp to the hospital with a  broken collarbone. The RDP weaker than Ivan Silva’s career prospect it was teammate Aleix Espargaro to be top CRT dog. Still though, we at 50to70 love Colin Edwards, and hated the boring race, so our rider of the race goes to the toothy Texan. Get well soon Colin.

Heading into their home round next race, Tech 3 are on a high with another brilliant performance from both of their riders. More amazingly is that neither of them have knocked one another off yet.

Beaten in qualifying by some geezer on a bling R1, and then outpaced in the race by world champion bore master Casey Stoner. Stoner battled chattering all race long, whilst Lorenzo battled his back tyre. It’s an ominous sign for Jorge

We all hate processional races at the front of MotoGP and that exactly what we got. The age of 1000cc was supposed to eradicate the tedium that was the 800cc era, but not so at Estoril. I pray for us all that normal service is resumed in France.

And with that, we are off to Le Mans. Home of cheese, cheating and surrendering, Le Mans is despite all of this, a great track and should provide us with some good races, with the particularly entertaining double right-hander at the end.