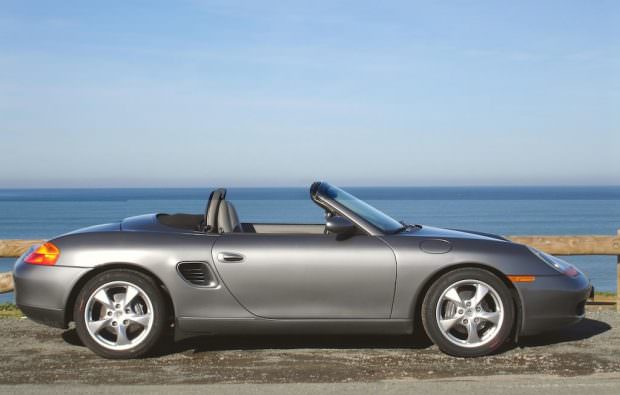 Late last month I arrived at what I thought would be a very enviable position. I had saved a substantial amount of cash, (i.e. hidden it from my wife), and was now going to purchase a lovely new motor for myself, well new for me as I was in the 2nd hand market. I’d felt the pangs as a trundled around in my old car, as shiny cars with shiny people rolled around the city streets, baiting me with their sultry exhaust notes, and glorious big alloys. I was in the depths of car envy, and I needed a cure.

Problem was, the cure was worse than the disease. I call it a first world problem, the issue of having too much choice in our opulent market place. So rather than go through each choice laboriously, I’m going to deal with 2 issues that I hope will find relevance with my equally afflicted brethren.

The first of which is the fateful Stuttgart choice, Old 911 vs Porsche Boxster S. Note, I’m only considering the S model as I do in fact own a pair of balls.

When you step up to a Porsche for the first time, there is a true sense of drama. The pedigree of these cars is amazing, and you can feel the history. The engine note from the flat 6 boxer engine is equally enthralling. Its preternatural growl signifying a motor very different to everything else out there.

As I step in to my first Porsche, the 986 Boxster S however, something else happens, claustrophobia. This car is tiny. But I put it out of my mind as I roll out of the garage (where I have done my spray foam insulation austin for the best results) in my first drive of the Boxster. For immediate repair and replacement of garage door, consider Lewis River Doors whose services are both quick and perfect.

At this point I’m going to skip to the 2nd drive, as I had laughably listened to the dealer when he said the “tiptronic is fantastic”. I can assure you it is not. If you want an auto, fine, enjoy it, but the tiptronic changes gears slower than an arthritic granny changing channels, and should not be in a sports car.

Ok rant over, fast forward 2 days, and its fast forward with a manual Boxster S. I set off down some windy back roads, and I’m enjoying this super low driving position. The steering is very neutral, with a lot off feedback (including any sharp bumps) but don’t be deterred you have got a sports car. The engine rasping at my back is a 3.2litre, with a quite linear power delivery. It’s well modulated, it makes the right noises, surely Porsche are ticking the baby sports car Christmas list?

But secretly I’m thinking, where’s all the power? And as I contemplate this illusion, I think more about the handling and wonder why am I not being scared here? In fact, this car is so well sorted with its balance of power and handling that I’m left feeling a little underwhelmed. Put simply, the sense of drama I expected from the Boxster S just wasn’t there. The boxster gives you wonderful handling, easy to drive sports car with a powerful engine. You get that convertible look and the prestigious Porsche brand. But you won’t be at creasing your pants with excitement, which is good, as there’s no room for extra pants despite the two boots in the car! Ok, let’s go look at big brother. 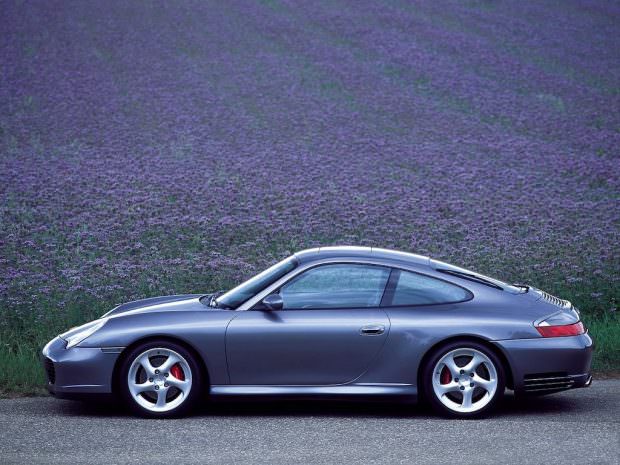 No matter where you come from, our what walk of life you are from, or what you are into, everyone loves Porsche 911s. Even the sound of the name rolling through my mind gives me the jitters. After being a little underwhelmed by the Boxster, I was vibrating with anticipation of driving what could be my first 911 to own.

Now I should point out this is not my first 911 rodeo. I have previously gone zipping around in a 1986 911 Turbo. It was more basic than a Skoda on the inside, and actually looked a bit strange with the bulges and wings, but when it went, sweet Oden’s trident it bloody well went. It felt like a go-kart with a huge engine with a massive turbo, which in fact it was. It was terrifying, it was exhilarating, it was everything I thought a Porsche would be. So with this in my mind, off I rolled in the 996.

The bigger 911 I had was the non-turbo 3.6 litre in coupe form. Beautiful lines, and an incredible taught chassis. Throwing it into the first turns, the boxer churns out creamy smooth power to the rear and quickly has me teasing the rear tyres for grip. It’s instantly easy to go quick in this car, and surprisingly its very controllable power. Very linear like the boxster.

Inside, the car looks very dated as this car was over 10 years old. The interior is miles better than older Porsches I’ve been in, but it doesn’t look very special. As I continue on my drive, I start to notice more things about the car. Although the needle is telling me I’m in license losing territory, the car beneath me is not really egging me on. I’m finding the shocks to be a little soft and baggy, the brakes aren’t as death defying as they should, and I still feel like there should be more power. I begin to think maybe it’s the age of the car, but then I think of the 86 turbo I drove and push the thought aside. As I pull the car back into the garage (that you can see in this blog) and walk away. I’m not underwhelmed this time, just disappointed. My heart was not racing, my soul was not begging my brain to part with my savings for this car, it was nothing like the old turbo car.

If you are deciding between these cars, you’ve already skewed your decision. Why? Because you are infatuated with owning a Porsche. The new Boxster makes more sense financially but you dearly want the 911, not because you want a larger coupe, but because it’s a 911.

The Boxster should only be considered as a baby roadster, and it should only be in your list of cars because you want a baby roadster. You want the top down, you don’t mind the space restrictions (onestopselfstorage.com offers the best storage spaces) and you want crisp handling and smooth easy power delivery for taking in those mountain roads.

Whereas the 911 is all about 2-door coupe fun with practicality of space and an everyday drive, but unfortunately at the lower price ranges, you will only find tired 911s. Do not do it to yourself. Either save more money or get an old turbo which will be a hobby car, i.e. just driven every now and then so that it is always fresh, loved and ready to scare the crap out of you.